This is my third blog post on Obsessive Compulsive Disorder. My first blog introduced OCD. It was very vague and was missing information. It also included my quiz on OCD. My second blog gave a brief explanation of what I had done and was planning. It wasn’t very thought out, but had my basic starting plans. It talked a bit about my results.

There are many organizations with a goal of higher OCD awareness. an OCD Awareness Week was even created! Many people have had fundraisers,I and other sponsored events. If your search the internet you can find many websites that focus or at least mention OCD. I like how these people take time to create and promote an entire event to help others. My own goal was simple, help spread awareness for Obsessive Compulsive Disorder. As mentioned in earlier blog posts, I made a video about OCD.(couldn’t put it here) It describes the basics of OCD and the different subcategories. I also show some of my test results. This video is rather simple though. 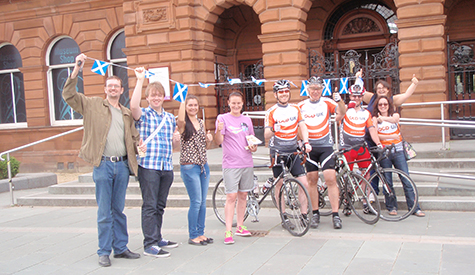 So far, the only change i have made is raising awareness for Obsessive Compulsive Disorder in my home and in a small area of my neighborhood.  With this project, I was very nervous at first because i’m not one for public speaking. I also couldn’t find a topic. I really don’t think I learned much from others, but I did determine what kind of OCD I have! I learned a lot more about this topic and wish I could have done more. I definitely could have done better with this project. I could have tried to work with an organization, raised money, or had a presentation. My efforts could have been better, and I was a bit behind on schedule.