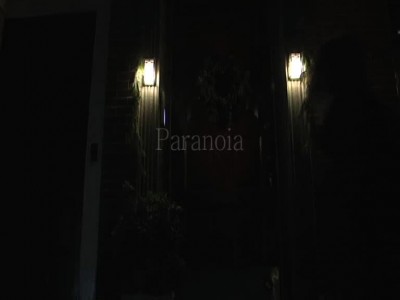 This project is shear awesomeness! I like how it is very similar to the movie we watched in Herman's class near halloween. Here are some things that I liked most: - Angles and different view points were great and used excellently. - Focus at times was really effective. - Score was very suspenseful. - Character development was clear even without dialogue (huge thing in films today). - Scenes were well lit when necessary.

Some things that could have made this film possibly better: - The part with the basement when the lights go out, could have had a flashlight with the camera view. - Some things could have used focusing and out of focusing. - Some shots of things we could not see (i agree with someone when they made the suggestion about not being able to see Nathan's face when he was on the phone at one or some points). - The ending could have been a bit more developed: Cop knocks on the door, what happens afterward? Who was Rafiq? The viewer may be left to question these things, but I think the ending did not provide enough hint or provoking thought(s).

Overall, I would say this is one of the best student films I have ever seen. This was very well planned, thought out, and acted. Every aspect was nearly professional if not. Great job group!

SO COOL! Great job you guys! I watched every second!