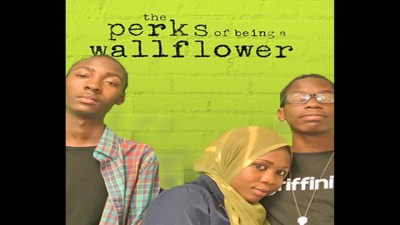 This book is set up in a very creative but simple way.It is letters that he is writing anonymously.This is a great way to set up a book for teens because it is like a diary entry. As teens the best and most secretive things come out in secret journals. In the letters they talk about school, girl advice he was giving, love and drugs everything that a teen would want in a book.He always made sure that he ended his letters “Love Charlie”.

The language in the book was like a teenagers. He would throw in some quotations of words that he learned from reading his book Bill (his teacher) gave to him.The language in the book really made you imagine what was going on, like there was this time they drove through a tunnel and you could just imagine the lights from the tiles of the tunnel,the hair blowing through your hair, and the song blasting. all while standing in the trunk of a truck.

The title of the book fits right in with the plot.Its about a boy named Charlie, who lives in  in a Pittsburgh suburb.He is bullied in school and doesn’t fit in any where,until he meets Sam and Patrick. Sam and Patrick are brother and sister and also seniors, Charlie us just a freshman. They take Charlie under their wing and they show him the way of the world, but not before Charlie had to experience being alone. They show him all of life's adventures.

Charlie wrote anonymous letters. They all where based on his life adventures. Writing was his outlet because his parents where always worried about their son who plays football for Penn State and their daughter who is a straight A student. Charlie is a freshman scared of whats ahead of him in high school and Sam and patrick where not the only two people that he made friends with he was friends with his teacher Bill. Bill would give Charlie extra work because he was a special boy.Charlie also has a very interesting relationship with his Aunt Helen. Charlie has a disorder where he see’s things, like his aunt.Sam and Patrick have a lot in common with Charlie, which he eventually realizes.

Sam is a very delightful girl who is best friends with her brother. She loves to take adventures and she loves just enjoying the small things in life.She is one of those girls that likes to explore and expose her self to older music. She is old fashioned. she wears mainly dresses and head bands. Sam was taken advantage of when she was younger by the men in her life. But she managed to overcome it. She is very smart,determined, and exquisite.

Patrick is a very interesting character.He is gay and open about it with his friends but the big secret is who he is dating.Patrick is a boy who does what he wants and doesn’t care what people think about him. He is a boy that just lives life as if no one is watching. Even if there where people there he would want them to see how much fun letting go is like.He dresses very classy. He drives so he’s always off on an adventure with his sister/best friend. In the book there isn’t much about Patrick and Sam’s parents.Sam and Patrick are step brother and sisters.They do not have the same mom and dad, their parents re-married each other.

I feel as though  this book is very memorable because it is something that every teenager has to go through in high school.I feel as though In this book, Charlie has made some bad choices but at the end of the day he learned from it and got advice that helped.Many teens and adults could learn from this book. Adults could finally get the concept of what is going through their children minds when this happens. This book will not only open you up to a new way of thinking but it gives you the thrill of seeing how people just like you handle their problems. What I did learn from this book, was that the wallflower stands back and sees everyone else’s problems, and doesn’t recognize his own. By becoming friends with people just like himself, Charlie was able to deal with his own issues and not rely on his notebook anymore.