So, Keystone XL pipeline. (Angry) Why doesn't anyone see the good in this? All people look at is the bad. Even some other members of Congress are against this. (Easing tone) I mean people underestimate that TransCanada and us have a plan to keep this as clean as possible. We have monitors running for oil leaks 24/7, 365 days a year if that's what they're worried about. That's not all though; this will create about 100,000 jobs. (Excited) People will finally work again and stop freeloading off our money. Available jobs can put people out of poverty. With the pipelines coming, we can then transport oil through it to a refinery in Texas. Don’t tell me that you would rather get our oil from overseas like the Middle East… We trust Canada more. (Excited) Now best of all, with the profit we make, we can work towards paying our huge debt off and rebuilding our economy. How can you argue with that? Don’t listen to environmentalists, all they do is scare people and look at the outdated plan that we already perfected. Like who does that? (Really hostile, aggressive) SO TRUST US ON THIS! DON’T LISTEN TO ANYBODY! WE WANT MONEY! (Play it off)...I’m sorry about that, I don’t know what came across me. Sometimes I wonder about Americans though; they use up all this energy but don’t like the way that we get most of it. Why don’t they cut down their use? It’s all right though; I hope you see that this plan is as genius as how we see it. You’re with me right? (Aggressive, hostile) RIGHT?

I just found out there’s a possible job opening for about 100,000 people. (Excited) I’m so psyched! I’ve been unemployed for a little over a year. (Worried) I can’t live off unemployment and my wife’s money. It’s a job for a proposed pipeline that will need workers to install it. Online, it said that there can be an environmental problem with this, but what can you do? If you see something up for grabs and you really need it, wouldn’t you take it? Or you would pass it up for another job? (Worried) Maybe it is a bad idea; I would be one of the people responsible for the climate change caused by this crazy idea to connect a pipeline from Canada to Texas. People would be without clean drinking water, wildlife would die, and I would be breaking the earth. But then if I don’t take the job, someone else will. Leaving my family and I closer to being broke. What do I do?! What do I do?! What if this is the only job opportunity I have? What if I do take this job but I don’t do it right?! I would be responsible for spills and other things affected from that. Then again, I could help bring more oil into the US, so we could be more independent on foreign oil. Now, 1:30 in the afternoon in my own living room, I can sense myself turning psycho. I maybe really am psyched… So, without asking you, I will make my own decision and not apply for the job. (Has it all figured out tone) I’m sure there are plenty of other jobs that are open. I mean I didn’t go to college, but that doesn’t mean I still can’t. Besides, what if the proposal doesn’t go through?

They Don't Care About The Earth

It seems like some people don’t care about the climate change problem that we are facing, and how beautiful our environment should be kept. There is a plan now to make an addition to an already existing pipeline called “Keystone XL”. This pipeline will start from Alberta, Canada and go through Saskatchewan, Montana, South Dakota, and Nebraska to Texas. It’s going to be used to transport 800,000 barrels of tar sand oil everyday. This pipeline is underground too! Oil spills in our soil can ruin many crops. (Aggressive tone, slam table) Doesn’t congress know that? How do they not think about this? They’re creating jobs, but in the meantime putting people out of them. Oil spills can even affect drinking water. What about all the energy needed to transport those pipelines to where they need to be, the energy needed to dig the dirt to put the pipelines in, and then having to bury it again? I am most certainly against this! I’m always on my computer reading more about this, and the list of bad effects this has keeps getting bigger. Also, I’m protesting about this every chance I get because this proposal can be passed anytime. Now think about all the resources we’re going to be using! The pipeline stretches almost 2,000 miles long, and is 36in in diameter. Do we even have that many resources? That’s right; just ruin the environment to ruin it even more! Here’s another point I want to bring up; the pipeline goes through an active seismic zone, so it’s very likely for the pipeline to crack or leak. (Interested tone, look in the eyes) So tell me this; would you let this go through? 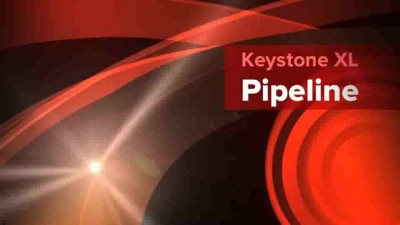 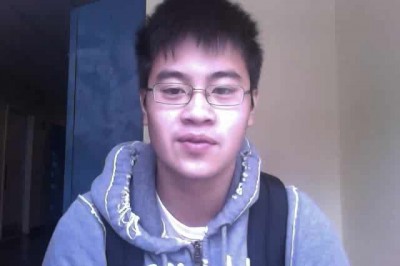