Posted by Kenny Le in World History - Block on Monday, October 3, 2011 at 2:58 pm
The monologues are about the proposed Keystone Pipeline. There are three different points of views, environmentalist, vice president of TransCanada, and a resident living in Nebraska. There are three messages said by each point of view. My goal was to be on both sides of the Keystone Pipeline debate to describe both the positive and negative effects the pipeline has. I added emotion and feeling into the monologue depending on what role I am playing. Therefore, we can see why the pipeline has affected the character.

Hey, my name is Steve Dibs. Thank you all for coming and listening to what I have to say. I am an environmentalist and representing the Tar Sands Action. I have been affected from the pollution of factories and environmental problems. I was forced to move out of my area from where I lived for five years to somewhere new where there is less pollution. I am here to talk about the proposed Keystone Pipeline and Tar Sands gas. This pipe will start from Canada and extend to the center of the United States. This method of acquiring fuel is extremely dirty. It will release large amounts of carbon dioxide.

“You have to destroy the world to get these fuels. You have to pollute the water. You have to pollute the air.” – Environmentalist: Tar Sands Action. Again, you have to destroy the areas where people are living just to make this pipeline for fuel. It is worse than other fuels. Tar Sands produce much carbon dioxide and is one of the dirtiest ways to get gas. “If we don’t change the way we see the world, if we don’t stop thinking of ourselves as superior, we’re not going to survive.” People have been affected by the pollution. People caught on diseases and have trouble breathing. People are going to die and it’s our fault if we don’t stop destroying the world.

Positives of the Keystone Pipeline

Hello, I am Ricky James. Thank you all for coming. I am the Vice President for operations of TransCanada. These Tar Sands oil are the most efficient oil we can achieve in the United States at this moment. It is cheap and right above our country. We are friends with Canada and buying oil from them would not only help us, but also help them. The pipeline would start from Canada and go to the United States. This will increase in a consistent amount of fuel for our country. There are many positive effects that the Keystone Pipeline could achieve.

“Cheap, reliable source for the United States.” – Tar Sands Action Debate. We need this to fuel our country. It will bring gas prices down and it will be affordable to most people. It is right from Canada and low cost for transportation makes it reliable. It is an abundant source of oil that will last us for good amount of years. We do not need to spend extra money on shipping oil back and fourth from country to another. We can get it directly through the pipelines.

It will supply thousands of people with jobs. With the state of the economy, many people are unemployed and are looking for a job. The Keystone pipeline will supply them with jobs, so that they can support themselves and their families. We are only helping our country.

Affected by the Pollution

Hey, I’m Johnny Young. I thank you guys for all coming and listening to my opinions about the proposed Keystone pipeline. I currently live in Nebraska. My family and I have been growing up in Nevada since we were young. Our family started there. We would always go fishing, picnics, and even camp out in the woods. It was amazing. Now I realize that TransCanada is going to put up a new pipeline to get fuels. Tar sands fuel. It is called the proposed Keystone XL pipeline.

Voice gets weaker. You start getting sad

I do not support this pipeline. The environment is too beautiful to be destroyed. My family use to swim around the lakes near our homes, but now pollution has increased by such a large number; we can’t even swim in the water anymore. The government says we need the cheap oil? How about the people? We can’t even swim in the lakes anymore and you’re telling us that we need cheap oil? People are getting diseases from pollution. The respiratory systems of many people have been affected. Tar sand oil is one of the dirtiest oils. Imagine a beautiful forest be turned into a black wasteland with no life form in the area. How is that a good thing? It is not only an environmental issue for me, but also a personal issue.

I grew up in Nebraska. It was wonderful. I want my kids to experience the joy of swimming freely in lakes. I want them to have the same fun experience I did as a kid. I have to tell my kids no, whenever they ask to go swimming. They sit in the house all day and do nothing. Exercise is important for the youth; it keeps them stress-free and healthy. This is very serious for my family and even the people living near us. Think about the effects that the pipeline will cause. Families will be affected; the world will be affected. 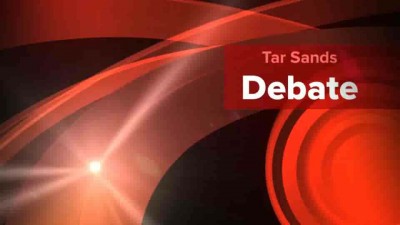 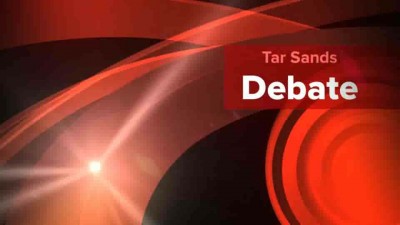