Posted by Briana Hicks in World History - Block on Monday, October 3, 2011 at 3:05 pm
​Pipelining: Should we go through with it?

In my monologues I wanted to make it powerful enough that people could feel the emotion of the papers flooding out and drowning them in it. I wanted to raise certain points of pipelining that attracted the reader and let them know a little bit more of how different people feel about pipelining and their opinions. In one of my monologues the pipelining is stated from a locked up protester point of view. In another one a person who has a pipeline through their yard is explaining how they feel about the situation. And for the final one, a person that supports pipelining is rehearsing for an interview on her views of pipelining.


Protester’s letter: “You don’t know what your doing. If this continues…” Bam! The sound of cold icy dark bars made of silver slamming. In this hallow cage, I sat on what felt like snow. In there were more of my protester friends and group. I didn’t understand why the best way to solve our, the people of America problems on pipelines were to just lock us up and to throw us in jail. There’s a reason why we where making such a ruckus about our views on these pipelines, we where obliviously tired of the way the government has been ignoring the signs on a new pollution and a quicker way to kill the earth. It was said that we the people also have a say in how we feel about a certain issue and if it’s right or not. Leaders and pipeline workers always say that it’ll create more jobs and a better economy but only after we defile the clean pure water that we drink from and strive off of. Not only would it have an effect on us, but aquatic life as well. Did the U.S forget that we already had problems with our oceans and the litter in it? We still haven’t fixed that problem, and while racing towards a new problem that’ll create an even greater issue on the beautiful earth. All we want is for these clueless money zombies to get a hold of themselves and put an end to this. There has to be a different way to get cheap oil. I’m tired of living in guilt knowing that while we get easy cheap oil, in return we’re hurting the very thing that thrives and lives for us. I thought all of these things while I sat there. It slowly but surely angered me. And since I couldn’t do anything more until I got released, I sat quietly while my hard work, and frustration screamed through my body motions that I made.

Person close to pipeline: While I sat to be interviewed on my opinion about the pipeline I emptied a bottle of water into a glass for the reporter. Sadly because of the pipeline, my water was contaminated and I could no longer drink from it. This problem caused me to buy bottled water since I could not longer use mine from the tap. She later asked me why I had no ice when she wanted to bring a chill to her water. I told her I had no ice because every time I went to turn on the water from the sink, some black stuff would come out along with the water, and I couldn’t freeze water if it was contaminated. She gave me a pity look that spoke to me so clearly. Why did I have to suffer from this? I could no longer live like everyone else. I now had to waste more money then usual to have clean water. She asked how I was able to live like this, and how long has it been. I told her that it’s been about a month and that I’ve been learning to cope with the situation though all I really wanted was to have fresh water that would trickle down my back so I could have a reassuring shower. I’ve hadn’t had one of those in a while too. I have ask at least one of my friends daily if I could use their shower or bath so I can stay clean and so I’m able to go to work without any rumors. It’s becoming hard to live with, I wish there was something better they could do.

Supporter: When people ask me, Nina Coffer, “Is pipelining wrong?” I laugh. It is not a bad thing. I work for a pipelining company in the Canada and it’s actually a good economically way to get more people working and off the streets. Pipelining isn’t going to necessarily cause the world to end. We’ll have more money as a country and we’d be able to pay back our debt that we have to other countries. Plus gas would be way cheaper and more people would be driving and doing more exciting things. And because gas would be cheaper, people would have more money in their pocket because of the dramatic change in economic issues. Plus even if a pipeline where to break or leak with the extra money, we’d be able to clean it up in no time. No more worries or complaining. The earth would be fine and we’d be rolling in DOUGH! I don’t know why people are complaining so much; the whole process is simple to do. All we have to do is take a tube, drill a whole through the ground and feed the tube down to wear the cheap stuff is at, and use mini bombs to blow it up. Yes it may get into our water and contaminate our one way of living but at least we’ll have money. Wait, that’s not right. If I go through it slowly, using mini bombs and contaminating our drinking water can cost us big time. It’ll be even more money trying to fix the water than the money we would be making if those thousands of people did get that job. I need to rethink what I’m going to say in the interview. 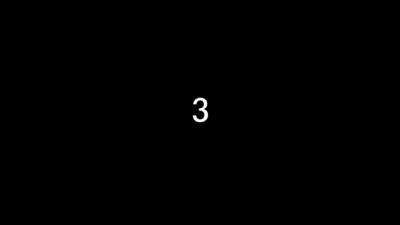