Posted by Jasmin Hussain in World History - Block on Monday, October 3, 2011 at 9:30 pm
​ ​In this monologue project my partner Jessica Maiorano and I wrote five different monologues in the perspective of five different people who have different opinions on the Keystone XL Pipeline Project. We wanted to show our audience that there are many different ways to look at this situation. Many people can be for the project while others are against. Along with showing different sides on this situation we wanted to give knowledge to our audience about this issue. Many of us didn't even know that the tar sands crude oil even existed and we want others to know about it through out monologues.
I Have No Choice: Will Johnson

(Will Johnson, a driller for TransCanada coming home after a long day of work.)
Ugh another day back from the oil rig. I absolutely hate it! I can’t believe I have no other option than working at that ridiculous place! I have to wake up at 4 in the morning and drive my truck all the way to the oil sight and drill my butt of with those crazy dirty machines until 7 in the evening. I inhale so many toxins each second and I actually feel them screwing up my insides. It’s absolutely disgusting. It hurts me. I feel like passing out every time because of nausea. Anyways forget my opinion on all this. It’s not like anyone but myself cares on what I think. At least I get paid well for all this work I'm doing. It almost feels like I’m being bribed. Unfortunately I can’t quit and get a new job because there are no other jobs for available for be. This is the only way for me to make money and run my family. But still, I feel guilty of what I am doing. I feel as if I am breaking a law. As though doing something illegal. Drilling for crude oil, which releases so much pollution into our atmosphere. It kills my planet. But I am being forced to do it. I can’t till whoever is in charge of the final decision of the pipeline making speaks out. I really hope that this doesn’t go further then where it is. It will affect so many people like myself. I can’t stand that happening at all! -(JH) 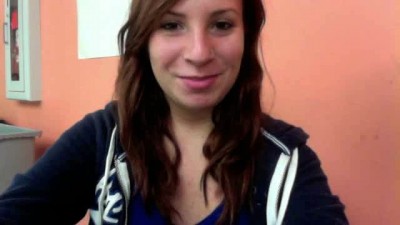 (President Barack Obama sitting in his chair, stressing out)
​ UGH! Another decision for me to make. Decisions, decisions, decisions! I’m one person with so many responsibilities to fulfill. How am I to do all this? Just yesterday so many people got arrested so that I could hear their voice. They urge me to not let the Keystone XL Pipeline take place. They believe that this will ruin our environment even more. I am drawn to their decision more than ever. I badly want to say no to this, but can I? I feel as if I literally have the whole world in my hand. Like Everything depends on me. Am I even the right person to make such a huge decision? It’s a definite that congress is not to be involved in this matter. Congress has been drilling on my back ever since my presidency. They make me feel alone. Like I am my only support. Maybe it’s not such a bad thing that they aren’t involved in this. If they were given a chance to say yes or no it would be an "unproactive" decision made. They would say yes without a second chance, without even thinking about anything else other than the money that can be benefited from this. Their thinking in a way  tempts me to listen to them. I also feel as though this can be an opportunity to heal our economy. We can only make so much money and possibly pay of our national debt. But if I do that, it will only mean I’m letting down a lot of people. Never can I look into their eyes again.
"Ugh!" I feel helpless. - (JH) 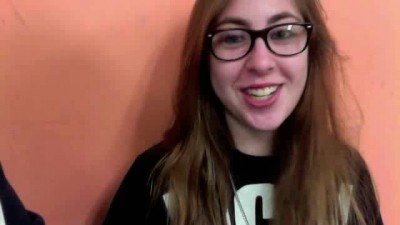 Here we go again I am at the white house about to arrest hundreds of people for something I completely disagree with makes me feel horrible. Hand cuffing them and throwing them in back seat of my car makes me feel even worse. Just think I am taking a women or man to jail that house might be destroyed because a pipe needs to go through their backyard. How could someone agree with this? “Officer Smith!” I hear from one of my ears over and over from other police officers telling me to hurry up and get them out. Coming from the other ear is “get off of me I shouldn’t be going to jail!” I just can’t take it anymore. If I need to do this one more day I think I am just going to flip. I wonder what the other police officers think about this? I wish they would just let the people talk, I know I would if I was the president. This is something he needs to figure out on his own, its better to have 1,000 opinions from people who its going to be affected by then the people who think its okay just because they are going to make money. I wonder what’s going to happen.
- (JM)

(Bob talking on the phone with his mom)

“I must have written Bob Jones on at least 20 job applications today. I really hope I can finally get a job soon. I’ve been jobless for such a long time now. Ever since I got laid off from that engineering company I have been trying to make ends meet. Anyway, I’m coming home after this long day to get some rest, watch TV, and just catch up with the world. (Enters home) I hear something on the television, I must have forgotten to turn it off this morning.”

(Bob hears the TV, and runs to the couch)

“Psht! these people are crazy!”

“If only they knew what it was like to be jobless and possibly homeless they wouldn’t be protesting at all. I bet this pipeline can make so many jobs, there’s this politician saying it can heal our economy and create at least 2 million jobs. But there are also people talking  about the pipelines side effects. The XL pipeline is one of the most dirtiest and destructive projects in the world. It causes tons of air and water pollution. Also three times the global warming pollution. It effects peoples homes in almost all the states that it crosses through. From drilling in their backyard to polluting their water.”

(Bob hangs up the phone and thinks to him self)
I feel like this pipeline project is a great chance for me to get a job in my profession. But I feel like I am also making a bad choice for the environment. No! I can’t care for the environment now. I need a job and this is my chance. The keystone XL Pipeline must happen. -(JH,JM)
Bugging Exxon: Steve Johnson

I am standing outside the white house and a news reporter comes up to me and says,
“What’s your name and how do you feel about this pipeline” I say to her
“Hi I am Steve Johnson from the company Exxon that is going to be involved in this pipeline and I strongly think that this Project should happen”
The reporter asked why I think it should happen. I say,
“It will benefit us, we will have so much more money also it will give us so much more oil in all five states it comes across. These people standing out here are crazy they have no say in this, it’s the presidents decision not theirs. They all should be arrested that’s all I need to say.”
(Walking away angry another reporter comes up to him)
“Hey hey wait up I need to ask you something!”
They are screaming after me. I turn around giving them a look saying I don’t want to talk but they continued to talk anyway. I stand there about to answer the question; "When will they make the decision, is it soon?" "Are the protesters voices being heard?"
While I am telling the lady about the decision a protester ran up to me screaming,
"Its not going to affect your house, or your family!"
They were so mad, I just can't see it by the way they ran up to me. I didn’t know these people were that angry. I start to think to my self about how they feel, but what ever, I push them away and finish my answer. - (JM)