Posted by Dakota Foster in World History - Block on Tuesday, October 4, 2011 at 8:24 pm
​ This project started off with us watching a video called 'The Story of Stuff.' The video was about the journey of how we get our materials that we use for a normal day. Then, we learned about a company called TransCanada, and about their new project. They are planning to make a series of pipelines from Alberta, Canada all the way to Texas. The pipelines would carry crude oil from Canada to different refineries in the midwest and to refineries in Texas. The project is called Keystone XL Pipeline.

We read about different point of views of what people think about the pipeline, and then we were suppose to write three different monologues from a person/thing/animal affected by the pipelines. I picked to be a Native American, a protester (against the pipelines), and a bobcat (living in the area). I wanted to take point of views that don't really get to express their opinions. The Native Americans can protest but, nobody will actually listen to them. The protester is locked up for protesting and nobody actually will sit down to talk to them. Finally, I picked a bobcat because the people who started to project didn't care about the wildlife, they just acted like they did to please the public. I want people to know from all the research how these mammals would feel and what they have to worry about because of this pipeline project. These monologues are how I think they would feel. I hope for everyone who reads to understand and look at their point of view because they matter too.


Rally For The Cause


Makya Sparrow, the best hunter of the whole tribe, stepped up to the stage. She had something important to say and she wasn’t holding it back. Everybody has been thinking about it, she is going to say it. Makya grabs the microphone.

I’ve never seen anything more disrespectful than this. Why can’t they just leave us alone? They already forced us onto this reservation. The reservation isn’t even a place of high quality, we are forced to use horribly built houses, use food stamps, and there are barely any jobs. Now, they want to build pipelines through our sacred land! This is the land where we buried our ancestors, laid them to peace! Building these pipelines mean they are going to have to bury them up our people.

With every word, Mayka tightens her grip on the microphone.

We have to show them they can’t take our land again! They can’t contaminate our water with their crude oil. We don’t pollute the atmosphere; they don’t give us enough supplies to even try!

Why do we have to suffer for their mistakes? We shouldn’t have to! TransCanada say that we will be able to work in these factories and refineries that they will have. They say they will keep us updated about what it going on with the pipeline. But, we know from experience they won’t. I learned that there were 12 spills in 1 year for one of the TransCanada pipelines! We can’t let that happen to us.

Come my people. Let’s move from the rocks and hills of the reservation. We need to make our way to Washington D.C and stand up for our land.

WHO IS WITH ME?

Makya thrusts the microphone in the air.

Alice Hall just got arrested for protesting in front of the White House. She gets into the jail and a police officer takes an interest in her. He starts to question her.

My name is Alice Hall. I am from Montana, 3 miles away from Yellowstone National Park.

I’ve lived there for my whole life.

Alice starts to get an attitude.

No, I am getting arrested for a legitimate reason.

I don’t care if this on my ‘permanent record’. I am not five years old. I am standing up for what I believe in. I believe that the Keystone XL Pipeline is totally and utterly wrong.

What’s my problem? What is your problem? I was taught that if I didn’t agree with something, that I should state it in a non-violent way. And I am standing up for my opinion just like the 120 others in this jail with me.


I’ve lived in Montana for my whole life. My house was home to 4 generations of my family before me. I’ve live 3 miles from Yellowstone National Park; I got married in that park. My family and I have seen the park evolve into what it is today. I was there when they put the Yellowstone Pipeline in, I was there when the pipeline had a leak, I was there when everybody had to evacuate. I saw the horrid faces on the people that lived around the park, when they saw the oil slug start to run down their own streets. The whole place was filled with grief all we did was cry. The animals were soaked in the oil and most of them died we couldn’t even help. We weren’t specialized in the removal of oil, what do we do? We watched on the TV 750 to 1,000 barrels – 42,000 gallons of oil was leaked into the river for a half hour before the shut it down.

And now they want to build another pipeline? What makes this pipeline anymore safer?

How can they guarantee that the pipeline won’t leak? The same place where the pipeline leaked is the same place where they want to build the new pipeline. They cross each other over 4 states. I will not let my children grow up into a world where the water and national parks are polluted. I am standing up for what I believe in, you can call me an environmentalist. I don’t care.

Betty just had her 3 cubs 70 days before; they have finally opened their eyes. So, they are finally able to eat their own food, but first Betty has to get food for them to eat. Betty walks a few feet from her cave when she hears noise and sees things. She goes to check them out.

What are those noises? Are those people over there? What are they doing with those different machines? I have to go in and get a closer view.

Betty goes up into a tree to watch the people from above.

Okay, I am in a good spot. I should listen in now. Pipelines? Crude Oil? More jobs? Dirty water? What? So, they are building pipelines right under the aquifer and the pipelines are suppose to be moving crude oil from Canada all the way to Texas. Apparently, the pipelines leak too, they leak more than predicted most of the time.

Betty digs her nails into the tree.

Pipeline carrying the dirtiest oil is supposed to go through my neighborhood. I can’t allow that. My babies, my newborn babies. What happens to them? What happens to them when they have to go a hunt for food and land in a puddle of oil? I can’t stand humans. They just take and take until they have nothing else to take. Some of my friend animal species are already endangered. They were living so peacefully without the humans, they lived so peacefully when the humans didn’t even care about this area of the forest. My babies have to live to see tomorrow, but I don’t want them to see tomorrow if they can’t drink tomorrow’s water. I have to protect my children. I have to keep my children healthy. I can’t let them see this nonsense. They can never come this way. I will make a mark on this tree, so they know to stop right here. So, they know not to go any far.


Betty scratches a hexagon into the tree.

My food supply, what will I do about that? I have to watch out for animals with diseases. Some animals may not be smart enough to not drink the dirty water. I have to think about my family. I have to go up higher in the mountains to find my food, just to make sure my kids are safe. Being on the ground, may be too dangerous for my cubs. Maybe I can just move them. I need to figure this out before they all die. Before I die.

Humans, I hate them. 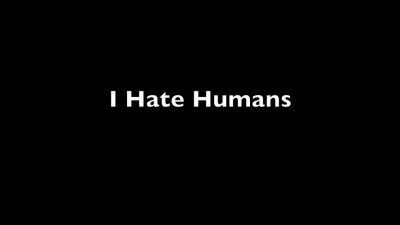