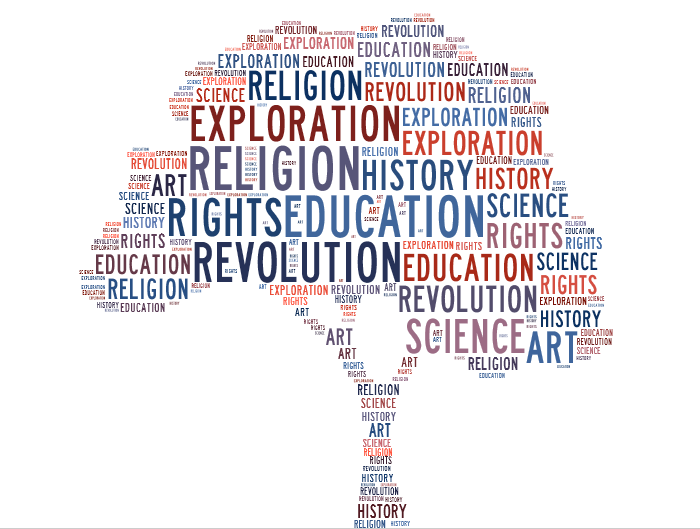 Change is a necessary part of life but is also very difficult to obtain.

"The people have unexpected powers. We never know how much we can do as a whole." (Journal #35)

Global Inequality. Humans and the Environment. Religion. Exploration. The Renaissance. Human Rights. Revolutions. Colonialism. When thinking about a world history class in any normal school, I wouldn’t think of most these topics. As a student at Science Leadership Academy, I guess I was wrong thinking this school would be like every other one. To be honest, I’m glad these were our topics of study. If I continued to learn the same historically popular facts about wars and countries and Columbus, I wouldn’t be able to enjoy the class.

A large handful of what we learned this year is how world history, in all of its forms, has impacted education. "The lack of education is like an infection that can spread and it has a cure, but many people can't afford it," (Global Education). We began the school year by looking at some local and worldwide education faults. Being a world history class, this was very unexpected. I wanted to and thought we'd learn about ancient civilizations such as the Greeks and Romans or the Mayans and Incas the first week of school. We watched a film called Time for School (watch part one here, and part two here). This documentary followed around seven children from all around the world. These children were struggling to achieve their basic education rights. I was really interested in this documentary and watched as much as I could of it. It was interesting following around different children from different cultures to see how similar or different we are. "It's hard to obtain education rights in some places, making the lack of education a constant issue. Government and groups halt the rising of education by saying that certain people/groups aren't allowed," (Global Education). An interesting website that we used in the first quarter is The Places We Live. This is an interesting, interactive website that takes you on a journey to different places of the world to see how the living conditions are. This was another aspect of the class that I loved.

Skipping ahead in the year, we worked on studying revolutions. "Anything beneficial and positive are the most important things to revolutions. You want to do positive acts, so there's nothing people can use against you. The 'least' important things are not necessarily not important, just not beneficial," (Journal #36). In this unit, we were challenged to study a revolution and ask questions about it. We looked into the French Revolution and discussed the current revolution in Ukraine. We also learned about the Arab Springs revolutions. We watch the documentary, The Square, which is about the Egyptian protests in Tahrir Square. I chose to go in depth with the Ukrainian Revolution, known as EuroMaiden. I found a primary source, a girl who lives in Ukraine and participated in the revolution, and having first-hand accounts of what’s happening in a foreign country is really exciting. I based my revolution guidebook around the relationship that social media and revolutions have. Since I found my primary source through social media, I thought it was fitting to do my project about social media. You can see my project from this unit here.

Overall, this year, I enjoyed what we worked on and I enjoyed the class.