A comparison of Shakespeare’s “The Taming of the Shrew” and the 2014 romantic comedy, “The Other Woman.”

"The Taming of the Shrew" ties together relationships and possession in multiple ways. At the time the story takes place, one of the most important things to men was acquiring a woman that would show off their worth, whether that meant marrying one of great beauty or riches. In the book, many suitors are after a young, beautiful woman, Bianca, because of her value in the society. Her older sister, though cranky and "un-ladylike," is also sought after due to her wealthy background. In the movie “The Other Woman,” a wealthy business man, Mark, cheats on his wife, Kate while also technically cheating on his mistresses as they do not know he is married. His mistresses and his wife band together to get him back and confront him in the end. His mistresses and wife pursue Mark based on what he can do for their status all while he, too, is looking to possess them for their value. These texts show that throughout the centuries people have chosen their significant others based on the value that possessing them will bring.

"She is my goods, my chattels; she is my house, My household stuff, my field, my barn, My horse, my ox, my ass, my anything."

In this scene Petruchio has just married his “shrew” of a wife Katherine. After their wedding, Katherine wanted to stay with her family and enjoy the dinner that was made for them but Petruchio wanted to be on his way. In this line he is explaining why he must take her and never let anything happen to her. Petruchio married wealthy Katherine in hopes that he would become of even greater status due to the dowry that came with her. He did not care that she was crazy or undesirable in every other sense. He wanted the value that possessing her would bring to him. This was her money with which could bring him all the goods he mentioned.

Petruchio’s reasoning is a lot like Kate’s in “The Other Woman.” 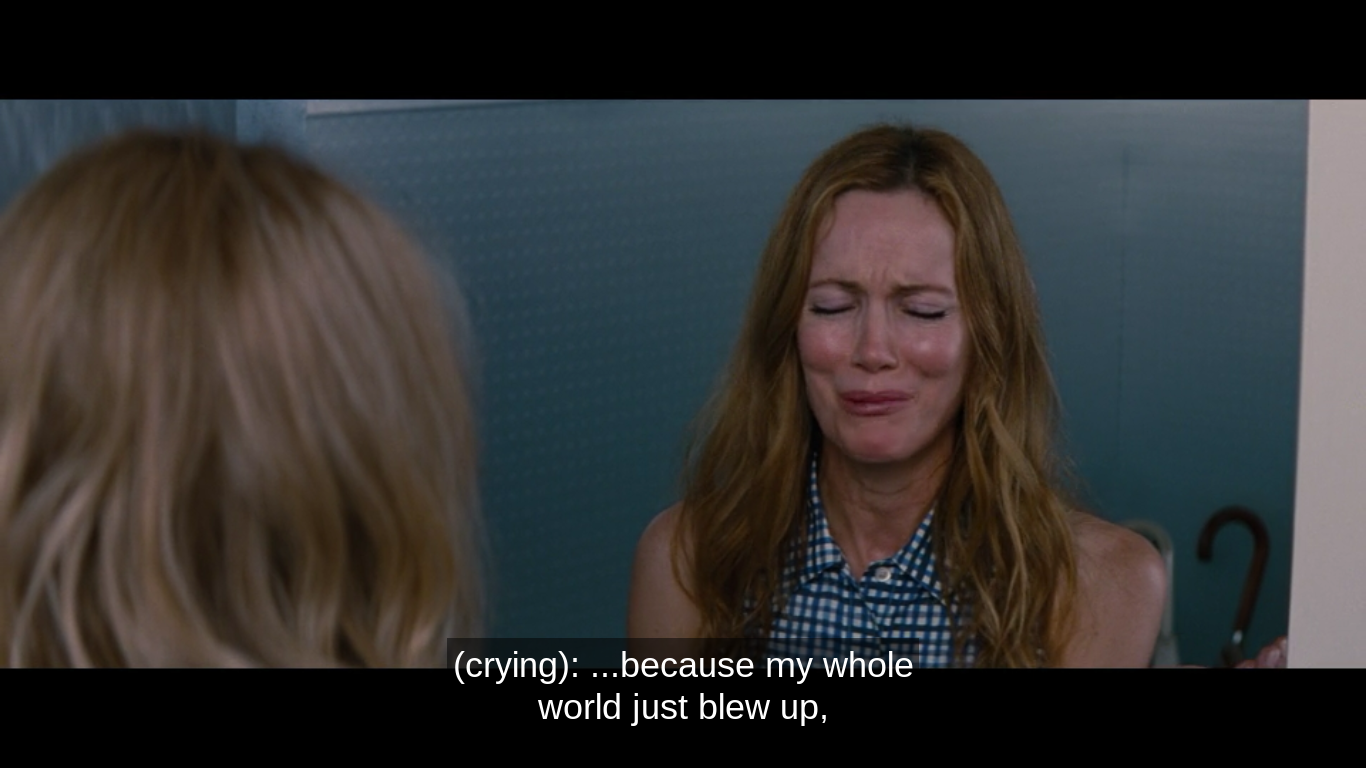 In this scene, Kate just met Carly, his first mistress, the night before. This was shortly after Carly had found out Mark was married and had stopped seeing him. The next morning, Kate shows up on Carly’s doorstep confiding in her. Kate says: “I just thought we...maybe we could talk...because my whole world just blew up, and I don’t have a job, and I have no money of my own, and I honestly do not know what I’m gonna do at all, and I have no friends to talk to because all of my friends are Mark’s friends…” Kate depended on Mark for everything. He was her money, her friends, her life. This sounds like Petruchio’s motives in marrying Katherine. Although, in the movie, it was a woman who was possessing a man for his money and the other way around in the book.

"...I firmly vow never to woo her more, but do forswear her As one unworthy all the former favors That I have fondly flattered her withal...I will be married to a wealthy widow Ere three days pass, which hath as long loved me."

A suitor of Bianca, Gremio, has just found out that she loves Lucentio and not him. At the time Gremio knew Lucentio to be a teacher and not the wealthy man he really was. As a result, he says he will go marry a widow because she has been in love with him for years. This shows that he only wanted her because she was beautiful and pure. He also hated that she would even like a schoolmaster. After finding out that she was infatuated with another person, she lost her value to him. He wanted her because she would raise his status as a beautiful girl would’ve loved and had eyes for only him. Now that he saw she liked a man of low status, he did not want her as she would be of no value to him.

This was a lot like when Kate found out about Mark cheating. 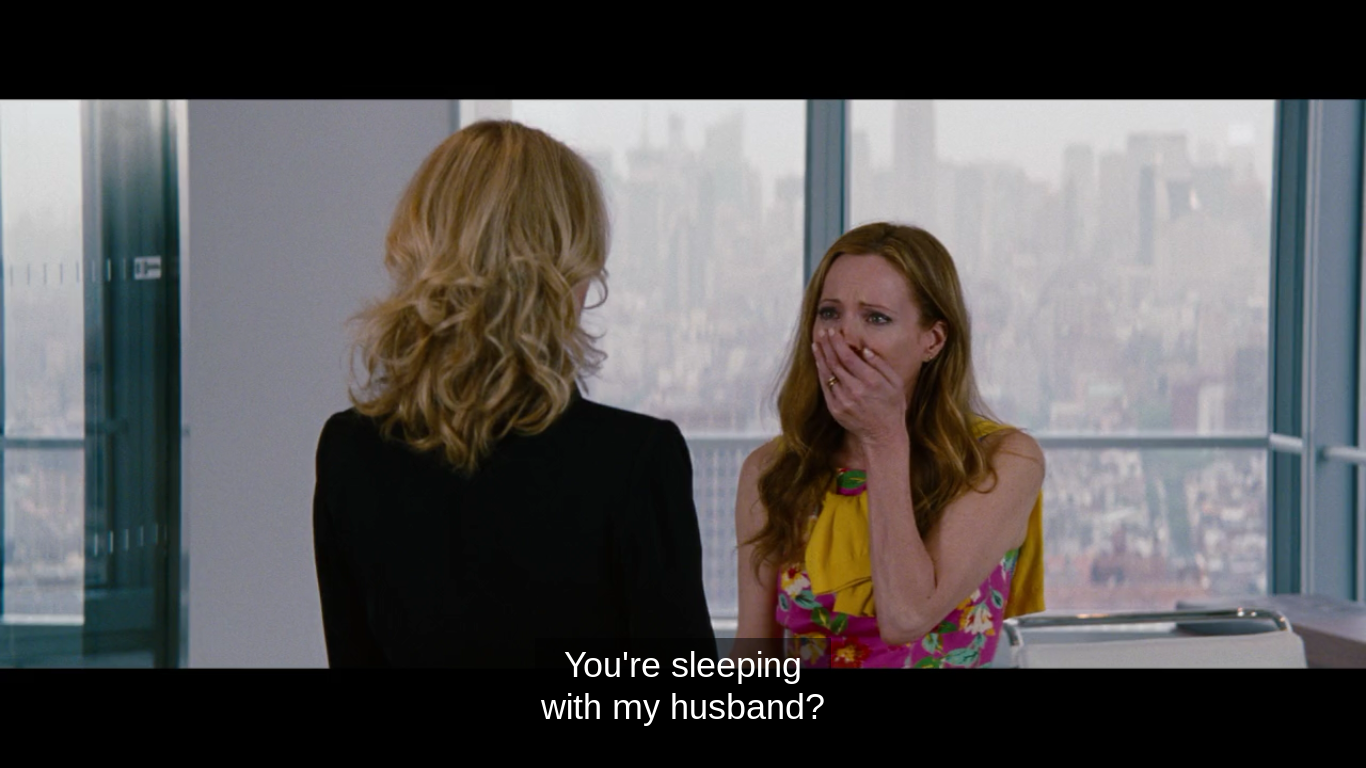 In this scene, Kate finds Carly’s work to find her and talk to her after finding her number in his phone. Some of the dialogue is as follows:

“Carly: If you have any questions about your husband, you should ask him.

Kate: Oh, well, well, I would, but I’m pretty sure he’s lying to me and sleeping with you...Am I right?...You’re sleeping with my husband?

Carly: Sorry, I had no idea, I swear...could you please keep it down?

In this case, Kate is like Gremio finding out that their love is infatuated with another. As a result, they both want nothing to do with them. This shows that because their love could not help their value, they do not want them anymore. It's also different in that it's the woman that is finding out the news while in the book it is the man.

Both the movie and the play show society's ideas about dating. They both tell the reader that when dating, one should look for someone that makes them of higher value. This can mean someone who brings great wealth to the table, or great beauty. Although they both share this idea, the gender roles are switched. In the case of the movie, it was women pursuing and trying to court a man, while in the play it was men trying to get a woman.

You did a very good job of retelling the movie I haven't seen it but now I want to. Furthermore you did a very nice job comparing between the book and the movie.

I really enjoyed this movie when I watched it and I think it was a good choice. I liked that you included the dialogue along with your screenshots and related it back to the book well. Good Job!