The aim of our advertising campaign was to promote the use of paper books as opposed to ebook readers such as the Kindle and Nook because we felt that they are superior to such devices. This idea comes from their being able to be lent to others without a major risk of losing an expensive device, their ability to go anywhere without financial risk, etc. The message we hope to convey through our four posters was to get people to use actual books rather than ebook readers such as the Kindle or Nook. The intended audience of our ad campaign is people ranging from early high school onward. This is believed to be an effective means by which to convey our message to our audience because it can be put into magazines or online. Furthermore, it is rather out of the ordinary for people of a younger age because they are not like the normal motion ads that are displayed online and almost everywhere.
If we were to do this project again, most likely we would change the kind of people we included in our ads. Instead of using historical figures, we would implement more contemporary people whom many more would recognize with relative ease. In addition to this, the implementation of quotes from such people about reading would most likely increase the effectiveness of the ad by showing a kind of "endorsement" of the product. 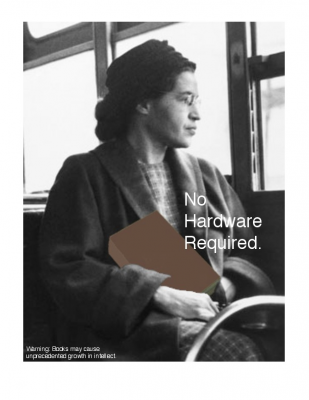 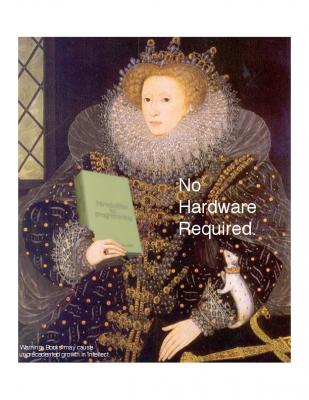 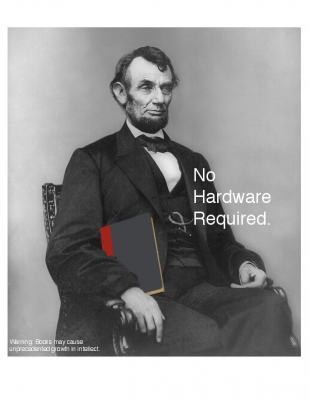 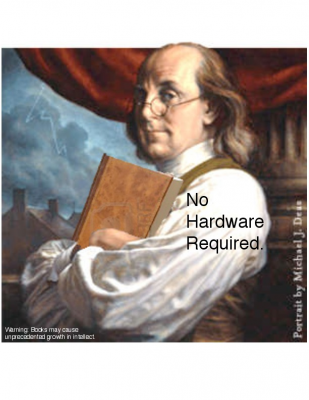 I still love the message of these ads and think they're pretty great (though, the rage comic is hilarious and why is it not here?). One of my favorite things is that the book stands out in nearly every image. Though, admittedly, I did prefer when Rosa's book was red. The color grabbed one's attention a good deal more than the color it is now.

Can Beiber even read?