Posted by Fabian Colón in Art - Freshman - Hull - b1 on Wednesday, April 8, 2015 at 12:34 pm
I do not think I accomplished anything on my final drawing. This is because I did not have the same amount of time as the rest of the class. I think if I had the same amount of time that I would be finished my drawing and think I was successful. I would change the size of the paper. The bigger the canvas/paper the harder it is to capture your vision.
I chose Jonathon Salvidar's drawing because I think it shows how hard he worked on it. He shows how he used all the techniques we learned in class and it shows he used his own skills.
I learned about the vanishing point and what angle to draw your objects. 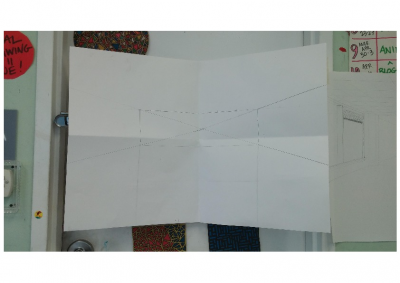