For my original research  I met with and interviewed a holocaust survivor, Rabbi Charlie Kraus. He is a Holocaust survivor who was sent so several camps at the age of 14. In 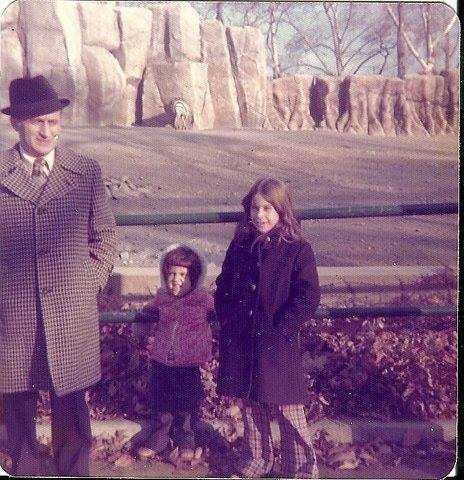 Rabbi Kraus with his two daughters 1975

1944 his father was taken away by German soldiers, he along with the rest of his family were sent to Auschwitz. He was there for a week and a half, in that time his mother, brother and grandparents were all sent away and killed. After Auschwitz he was sent to Dachau (another concentration camp.) After Dachau he was sent to Mühldorf where he stayed for the first time by himself. After Mühldorf he was sent to Kaufering. Typhus and starvation were rampant at the time and people were dying every day. In the interview Rabbi Kraus said the last concentration camp was the worst. He forgets the name of it but he said the things people would do for nourishment were unspeakable. He was in the last camp for a couple of months until he was put onto a train with thousands of other jews. While on the train American soldiers in plains above began to shoot down onto the German soldiers. The person sitting next to Rabbi Kraus was shot and killed instantly. While in this commotion Rabbi Kraus noticed the Nazis were nowhere to be found and he jumped off of the train. He ran into the woods and stayed there for several days. He then was found and taken to a hospital. The war had ended and the Nazi regime had been destroyed. He went back to his home town where he was reunited with his father. After Europe he went to the United States and became a rabbi. He was taught by a famous rabbi and teacher Abraham Joshua Heschel. 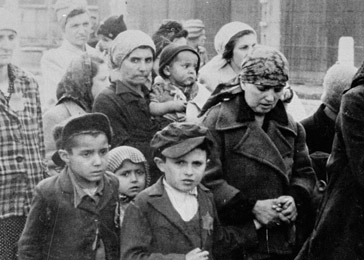 Anti-semitism effects people. Rabbi Kraus was lucky and strong, he manages to keep a happy life and stays optimistic after everything he has been through. Others are not so lucky, many lost faith and could not continue living after all that they had seen and been through. My understanding of anti-semitism is now more personalized, I have heard an account of someone's experience in the Holocaust and feel closer to my faith. I am still left wondering, why Jews? Before the Holocaust Jews in Hungary were prominent members in society. They were lawyers and doctors and businessmen. Why were Jews picked out as the evil ones, as the evil religion. Not just during the Holocaust but throughout history. With the exile from Babylonia, the Crusades, Pogroms, the Inquisition and even in this country there were quotas to limit Jews in universities and in professions.  Jews have been persecuted wherever they went.

For my agent of change I would like to make a presentation and present to some of the classes at Greenfield Middle School. I want to inform people about this issue and get the word out in the world that Jews are being mistreated and persecuted. I hope students will get out of my presentation a new look on Judaism. Not as a religion that seems to be nonexistent or a religion to pity but a religion that has endured so much and still continues to thrive and be existent in the world. I want to show people that people who are anti-semitic often masc their beliefs behind being anti-Israel. I want to inform the world and make a difference.