For my visual I chose to create a map depicting the KKK member residence in 1920. The states that are the darkest red shade have over one hundred thousand members, nothing compared to the four million in the united states total. The shades get lesser as the member residence decreases in some states, but one aspect I found intriguing was that Michigan had by far the biggest KKK member residence. I believe this is because the Southern Knights Klan, a sub KKK division but very powerful, originated and is still based in Michigan to this day and has nine residing chapters in different states . While researching for my project I was unable to find the statistics for some states, and as you can see some of these states are deep south and these states had the southern political views. These states are represented outlined and black with lines drawn through. I believe that it is possible I did not find this data because this internalized american terrorism (something the KKK falls into) was such  a social norm there was no need to poll in a census KKK numbers or take much notice to the klans activity. I created this visual on the KKK because it was a large contribution to the setbacks leading the a halt in reconstruction. Many people are aware of the KKK activities, but many may not have known how much of a presence they had and just how many times it resurfaced and repeatedly gained power, the KKK still has up to ten thousand active members. 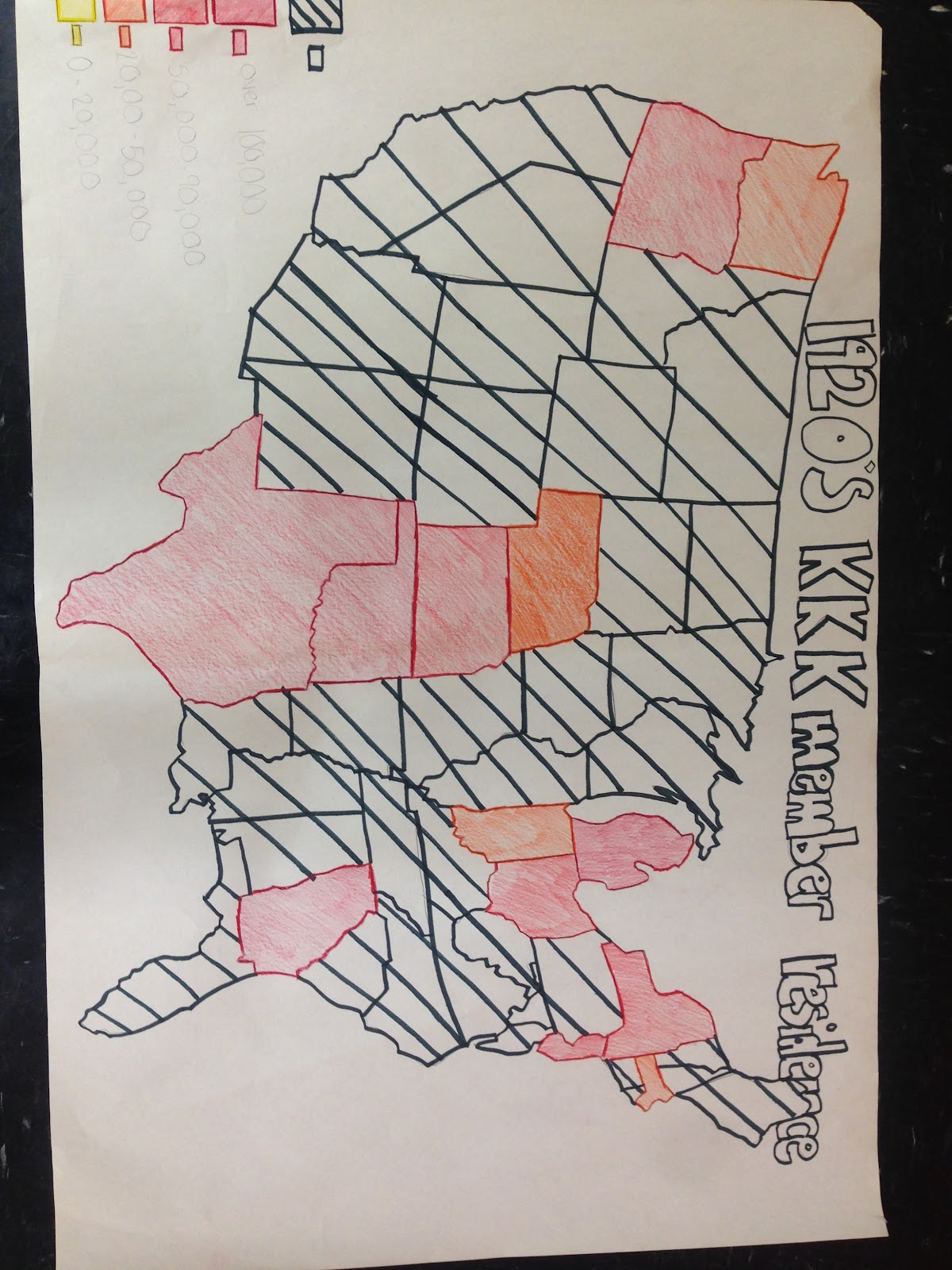