Picture of me holding a basketball waiting for my WNBA career. 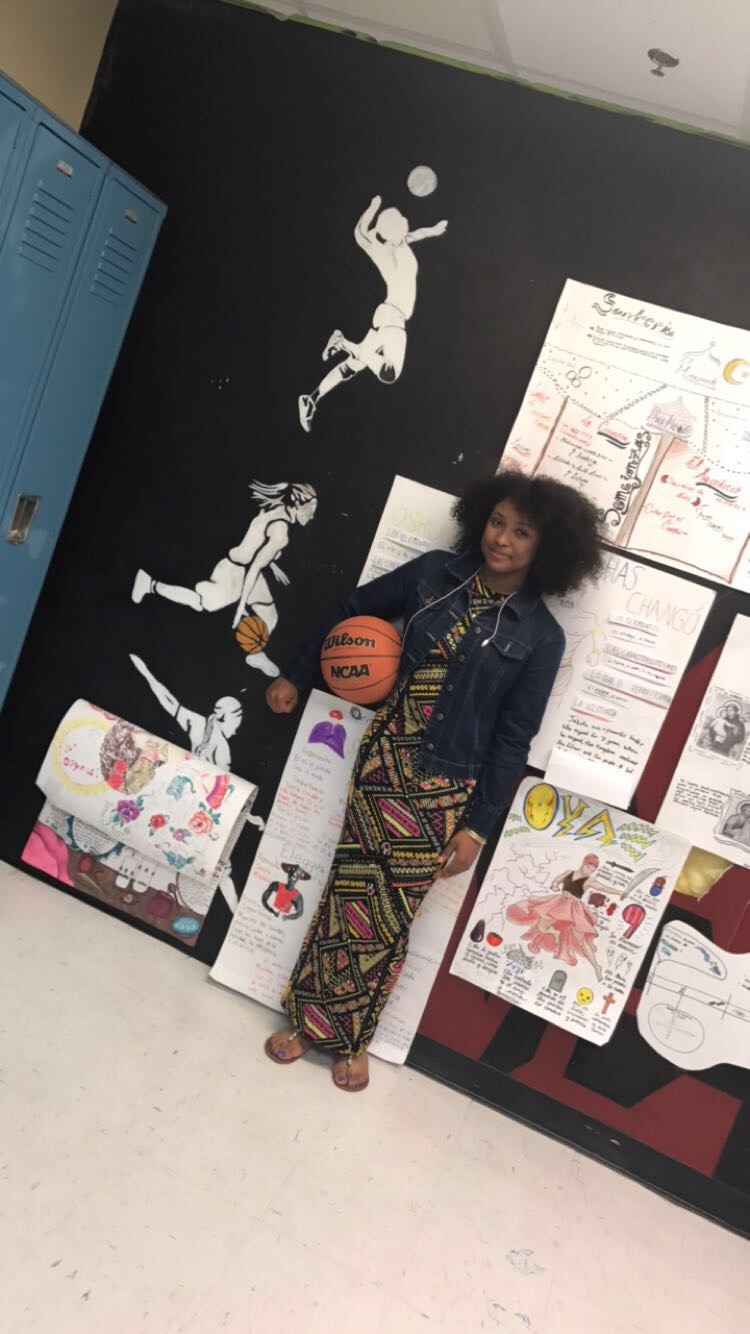 Hello readers! This is Diamond Wallace and I am back with another blog post! In my first blog post, The Forgetfullness of the WNBA, I talk about the under recognition that the WNBA recieves. Women in the WNBA work really hard and they do not get equal payment. The $25 million that the WNBA is getting from ESPN is a small fraction of the N.B.A.’s average $930 million payment from ESPN and TNT. There is an issue with equal payment in the NBA and the WNBA.

In my second blog post, Responses and Feelings of Basketball Fans, I interviewed two men who love basketball. One of the men were Maleek Griffen, a basketball youth coach, who told me that he loved the WNBA because they follow fundamentals. Douglas Wallace, a former basketball player, had a different opinion towards the WNBA. He explained how the WNBA is not interesting or fun to watch. Even though they both disagreed, they said something very similar. “This world is sexist!” Both men explained how men think females can’t do anything as well as men. Women are expected to be nurses or teachers. When men hear things such as women's basketball, they automatically assume that the game is going to be less aggressive and interesting than an NBA game. That is what I want to stop!

I raised awareness by making an instagram hashtag. With that instagram hashtag, I sent it to all my friends and told them to post and share the hashtag, So far, a guy named Charles Ethan has 40 likes on my WNBA post. If he keeps the most likes, he will win $20 from the WNBASuppotIt page which is ran by me. I decided to make an instagram page and hashtag because words can be spread around quicker.I believe raising awareness on social media is the best way for people to know whats going on. Most teenagers don’t watch the news or read newspapers. They gather information through apps like instagram and snap chat.

Many people are reposting the WNBASupportIt page and I gain followers every day. There are also a few hashtag reposts. My experience was pretty challenging. At first I was skeptical about the instagram because I didn think it would get around. If I would have started earlier, I would have had more followers and hashtag reposts.

This project was very eye opening for me. It helped me see different perspectives on womens basketball from other people. I really hope that people start to follow the WNBA and  i hope that they recieve the equal payment that they deserve. I learned that some people watch basketball for fundamentals because they have a love for the game while other people watch it for amusement. For my annotated bibliography, click here. 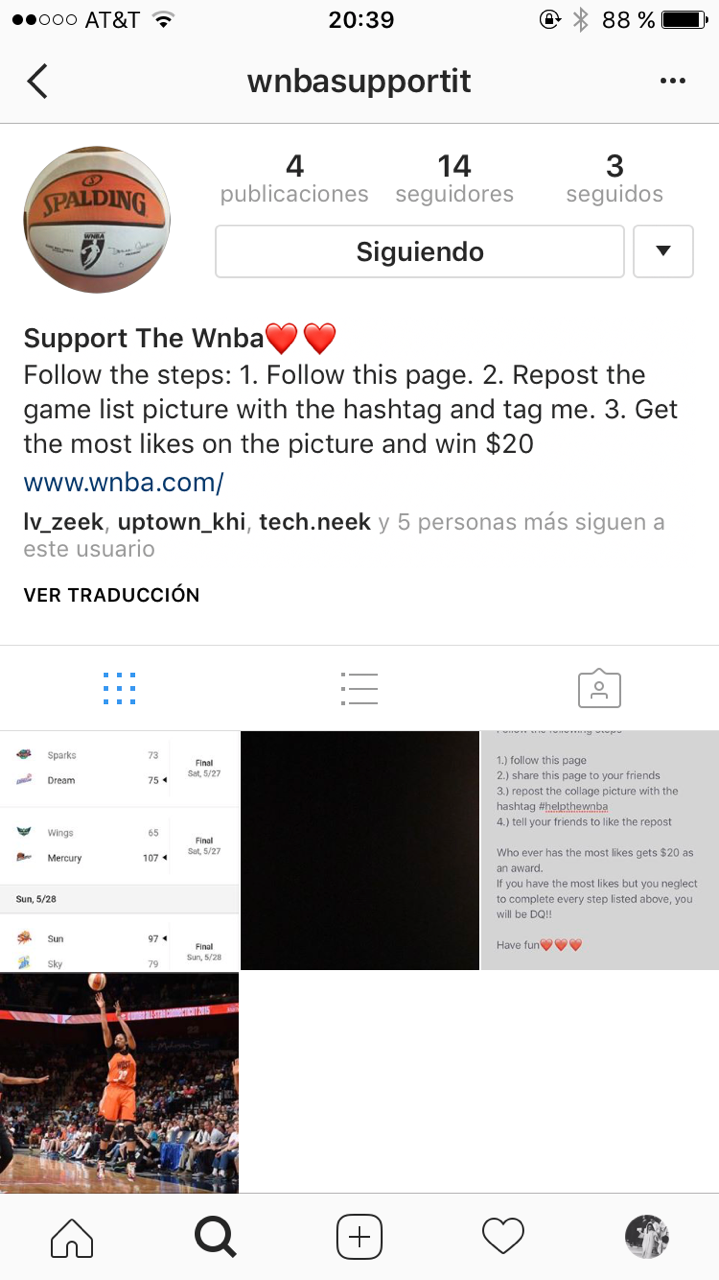