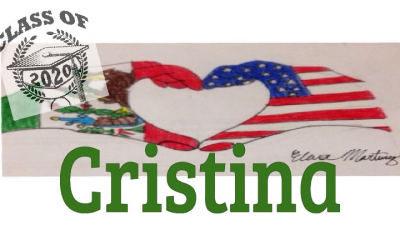 When I first got assigned to create a google slide that represented my Me Magazine I was really nervous because I didn’t know what I was going to include in it. However, I felt better after I did my research and I learned many new concepts. I realized that I was already doing all these things ,but I just didn’t know it. I learned about the rule of thirds and the depth and symmetry and contrast and the art of color bleeding. After I learned all this I created my first slide, then I got constructive criticism on it and I re created it.In the old slide I had my name on the right in the far right corner , however I moved it to the center to represnt me more and so people could notice it more easily and I changed the color of the word “Cristina” to make the word pop out more and contrast other colors on the slide. I also removed the word “unity” from the middle because it was distracting and took away the focus of the image in the back. Overall I learned a lot from the research and the criticism given from my classmates. Researching your content before your start anything is so important, not only do your learn more but you get a better understanding on how you are going to get your task done.