Reminiscing and Learning from the Past

Although I may not always indicate it, I have been through many experiences of my life that didn’t exactly go as smoothly as I expected them to. I have desired for many days to flow smoothly with no major problems to talk about, but circumstances partially beyond my control would prompt me to get extremely nervous and paranoid. Even when the circumstances could be seen as not very anxiety-worthy by other people, my mind would be clouded by thoughts of how my parents would react when I told them about what happened. The first time I remember being nervous and paranoid in school was the second time that I got a C grade on an assignment that I completed. After both of my parents had harshly scolded me for keeping the secret of getting a D grade for the first time in my curricular history (they believed I hadn’t done my best and rushed without even trying), I was deathly afraid that history was going to repeat itself and I would be harshly scolded again. This would have once again emotionally scarred me and driven me to the verge of crying uncontrollably. I was so nervous that my stomach was aching for the rest of the day at school, as I could hardly wait for the chance to finally get the issue off my chest. The good news is that not only did neither this experience nor others like it elicit no actual anger or disappointment from my parents (although they did wish that I could have done a little better), but they also helped me to prepare for future experiences of similar natures. In a way, I suppose the mistakes I have made in the past could be considered blessings in disguise, as they have helped me to grow and learn as a person and taught me how to handle situations of similar natures in a more rational and responsible way.

The main protagonist of the novel The Yellow Birds is a young U.S. Army Soldier named Private John Bartle. He is 21 years old, emotionally reserved, and ultimately scared of what may come his way during the First Iraq War. As the story progresses, we witness him going through one traumatic experience after another, each one seeming to be even more heinous than the last. While Bartle is obviously horribly emotionally scarred, he somehow manages to maintain a stoic front, or at least an apathetic one. This repression of his emotions is what ultimately leads to him lying about his friend Daniel Murphy’s death, as well as his post-traumatic stress. The silver lining to the cloudiness of his experiences is that he eventually put the past behind him and settled his debts, albeit too late, as he had already been sent to jail for lying about Murphy’s status, having claimed that he was missing in action instead of killed in action.

Even when in jail, the past comes back to haunt him, more specifically in the form of Murphy’s mother Ladonna, to whom Bartle promised to take good care of her son before being shipped overseas. This visit from Ladonna forces Bartle to try and reconcile his past and learn from it, as he feels guilt not only for failing to protect Murphy, but for making an empty promise to Ladonna. In fact, before being shipped out, his squad leader, Sergeant Sterling, actually called him out on how stupid that promise was retrospectively. As he so-eloquently put it, “Promises? Really? You’re making f***ing promises now?” It is hinted but not explicitly written that Sterling’s argument against making promises of a similar nature to Bartle’s promise is that when you’re going to war, there is no guarantee that one specific man will come back alive. So it stands to reason that it would be foolish to guarantee a safe return when you cannot foresee the future, least of all make someone immune to death and destruction. Somehow, despite my lack of war experience, I seem to find myself to be relatable to Private Bartle, at least to a certain degree.

While I may not have been to war or suffered from PTSD, I have admittedly been through peculiar experiences that prompted me to get them off my chest and talk to someone about them. The most important distinction between my experiences and Bartle’s experiences (apart from their different natures) is that while Bartle had to bottle up his emotions until the end of the novel, I have been known to get my problems off my chest almost immediately when I get the chance. This is because I believe in a philosophy akin to “honesty is the best policy.” While I may sound naive and simple to some of the more cynical readers of this essay, I truly believe that if you are honest with someone about your actions when you make a mistake, not only will they still love you but they will also try to understand and help you to learn from them. Although, to be fair, my honesty policy is more applicable to minor mistakes such as getting a failing grade on an assignment than it is to problems as serious as murder and sadism. Besides, I am not exactly a fan of the concept of bottling up my emotions for so long that my sanity starts deteriorating and I slowly start to become stoic and depressed. But then again, who is, am I right? You see, I prefer to get my problems off my chest sooner so that I can feel as though the weight on my shoulders and the aching pain in my stomach caused by my anxiety have disappeared, or at least eased off on me.

One of the more serious mistakes I had made in my life was when I was in sixth grade and we were taking SATs. I had just gotten back a graded assignment from math class which, once again, had received a C. I wanted to talk to my math teacher about it, but my homeroom teacher said that I had to wait until the SAT work period had ended. Unfortunately, I was so nervous that I wouldn’t take no for an answer, so I asked my SAT supervisor the same question and he gave me the answer I wanted. Of course my homeroom teacher found out about my manipulation and I had something new on my plate to confess to my parents. When I confessed my mistake of manipulating teachers in order to get the answer I desired, they were disappointed in me. They weren’t exactly horrified that I got another mediocre grade, as they were used to me getting the occasional C or D, they were really upset that I acted selfishly and dishonestly manipulated the teachers for my own personal gain. In order to make up for my crime of manipulating the teachers, I had to type up and send emails to each one expressing my apologetic sentiments and promising them that I would never do such a thing again.

Luckily for me, my punishment was temporary, as it was merely a suspension of my electronics privileges for the weekend. I managed to pull through that punishment by finding other recreational activities such as reading and pacing, as well as accepting that my punishment was more akin to a learning experience than to an act of sadism. I could see that my parents weren’t punishing me because they wanted me to lose my mind from a shortage of video gaming, but rather wanted me to learn from this experience so that I would never manipulate people like that again. Strangely enough, I actually felt some sense of enjoyment being suspended from video games for the weekend, as I recognized my punishment as a learning experience to reflect on. Besides that, I was able to keep myself occupied with other recreational activities, such as reading, pacing, watching a movie that Dad playfully forced me to watch, and eventually going out to dinner with my family on Sunday Night. 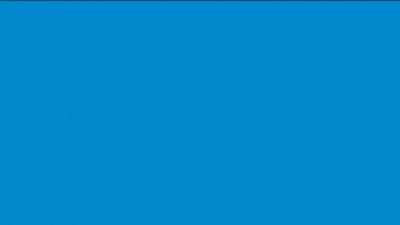 1.) I learned that you had trouble grasping a concept at first and it really bothered you, but you fixed it by getting the help you needed. 2.) I liked that your opening to the story and the descriptions you used throughout the story. 3.) The video added a deeper insight into your story and had some laughter at the end.

1.) I learned that you had trouble grasping a concept at first and it really bothered you, but you fixed it by getting the help you needed. 2.) I liked that your opening to the story and the descriptions you used throughout the story. 3.) The video added a deeper insight into your story and had some laughter at the end.