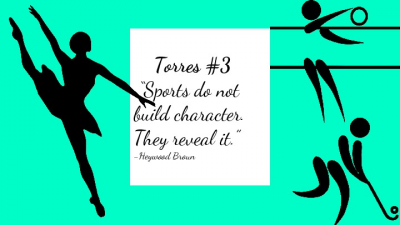 I had learned a lot from the critiques I was given during the presentation. I had taken everything in consideration since I had certain things that could've been better. One of the critiques was to fix all the tangents on the slide. I had tried my best to fix. Another critique was to move the two images to the right over more so it didn't interfere with any of the text. I learned that if you want to catch someone's eye with a slide you have to make sure there isn't anything that will annoy or make them think what your slide is actually about.
I made these changes to my slide because I knew that it would make it better then it was before since it was our first time trying this out. The changes I made were to insure that everyone wasn't questioning why something was placed a certain way or that it was annoying them because of what ever reason they have. Also to make the slide as short as possible without it being way too much for people to look at.
The research actually helped me a little bit because I had already an idea of how I wanted kmy slide. I wanted to make sure I should who I actually was an athlete. So while researching I was basically trying to find pictures that were simple enough but also popped. Some of the sources I used was the Zen website with the Ikea billboard. This actually gave me an idea to use colors that were bright and mixed well so someone would be able to see if from afar. Which in the long run actually was a success. This is my slide hope you enjoy.