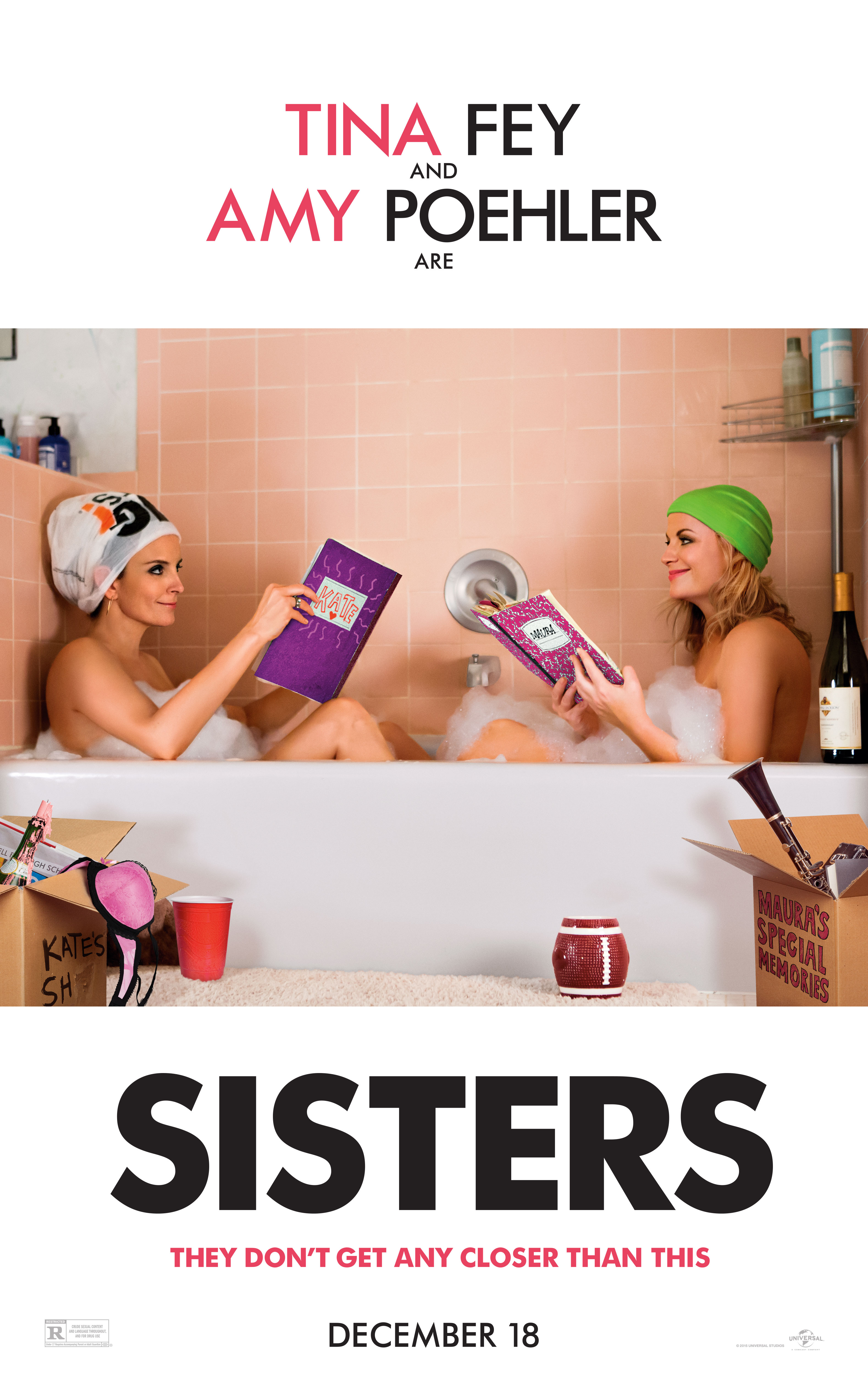 The movie Sisters is about two sisters whose parents are trying to sell their childhood home. They come home to pack up their stuff and they decide to throw one last party in the house for old times’ sake.

This movie definitely passes the Bechdel test. The first piece of criteria in the Bechdel test is that there are at least two named women. The movie’s two main characters are women: Maura and Kate Ellis. Kate’s daughter, Haley is also named many times. Another is Brinda, a woman who the sisters hate from their childhood who ends up trying to get into their party.

The second piece of criteria in the Bechdel test is that women must talk to each other in the movie. The main characters, Maura and Kate, talk to each other about many things, most of which is about their childhood home being sold and party planning for their party. They also do some talking to Kate’s daughter, who is going through a hard time because Kate is not being as responsible as her daughter would like for her to be.

The second piece of criteria for the test is that they speak to each other about things other than a man. There are times in the film where Maura and Kate talk to each other about men but it is not an overwhelming amount. They each have a crush at the party they throw but only Maura really falls in love with the man she likes and that is not until the end. They talk about the home, their parents, the party, and Kate’s daughter a lot more than they mention men.

If I were to make up my own test the criteria would be:

-At least 2 women are named in the film.

-They do not abide by strict gender roles.

-They are at least somewhat developed characters in the film.

The first piece of my test says that at least two women are named in the film, like the Bechdel Test. I found this to be an extremely important for a film to be woman-friendly, so I kept it in my test. As I said before, Kate and Maura Ellis are the two main characters as well as Kate’s daughter, Haley.

My second piece of criteria for my test says that the women in the movie do not abide by strict gender roles. I found that “Sisters” also passes this part of my test. Maura and Kate are not overweight, but they are an average weight and they are proud of it. There is a scene in the movie where they stick out their stomachs and laugh about it, which I found pretty funny. They are not ashamed of their normal weight and they are not trying to obtain the skinny woman image that so often appears in the media. There is also a scene where they are picking out provocative dresses for their party. They are not doing this to attract men, they are doing it for themselves and they are laughing about it because the dresses are tailored more for younger girls. I thought that was pretty cool because they were just being themselves and showing as much as skin as they would like-just like a guy can. They also swear and drink which goes against the “polite, happy, and pure” stereotype that girls are held to.

My last piece of criteria says that the women in the movie are at least somewhat developed characters. “Sisters” of course passes this one with flying color as the two main characters are women.

Overall, I thought that “Sisters” was a funny and interesting movie that portrayed women in a realistic way. I enjoyed the simplicity of the movie and the way I could just get lost in it and not have to analyze too much while watching it. Although I do love movies that make me think, this one was good for an easy yet fun watch while also being feminist friendly.