Something More Than A Litter Bug

If you haven’t seen my recent post on litter, come check it out here.

My first blog post was diving into an online research about litter. I discovered that one of the contributors to litter was straws. I found that I had to go further with straws after seeing a video of a straw stuck inside a turtle’s nose. I visited many websites on how straws could affect wildlife, more specifically marine animals. And so my journey began and I am here today to take my research onto the real world.

For my further research, I decided to go out and observe the area nearby my neighborhood. I first needed to make a list of what I needed to observe and have my purpose to be clear. I was first thinking about only focusing on straws but why ignore the remaining litter because any type of litter is still endangering. So then I came up with my purpose of observing litter in general. Many questions occured around me and some were “How many people littered?”, “How did they litter?, “Why did they litter?”. The questions could go on forever

I decided that I shouldn’t focus too hard on finding one thing because I needed an open mind while doing this research. There’s so much to find and everything could contribute to my research. I simply took out my phone and decided to take a walk around my neighborhood. I found many places where litter could be hidden or tossed into. Strangely, there are many places where litter can be found but there is almost a go-to litter place around the neighborhood where piles of litter can be found. Whether it be leftover food containers or old household items, it is still considered litter and I took note of this. 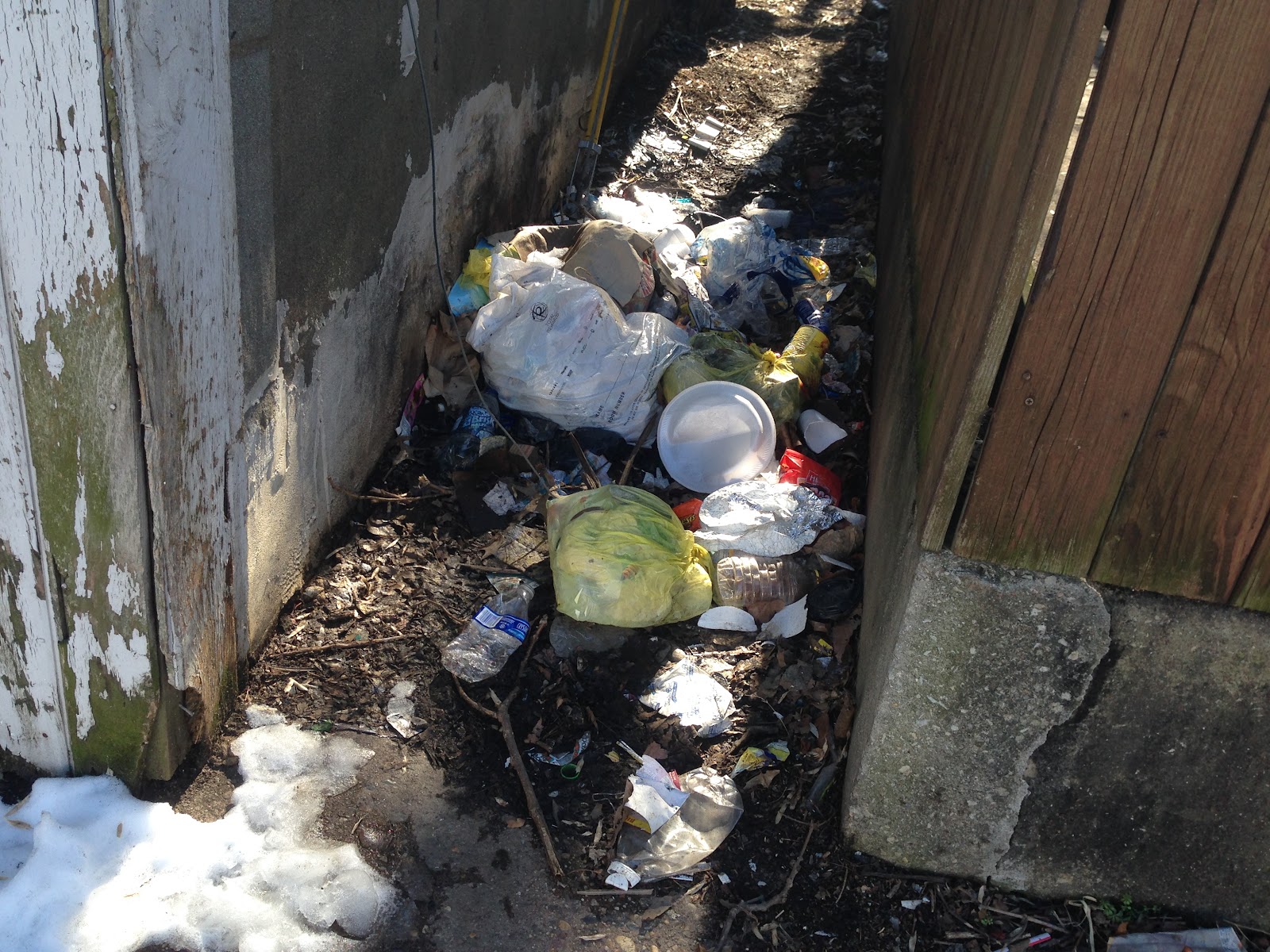 A photo taken of large amounts of litter stockpiled in a hidden gap. 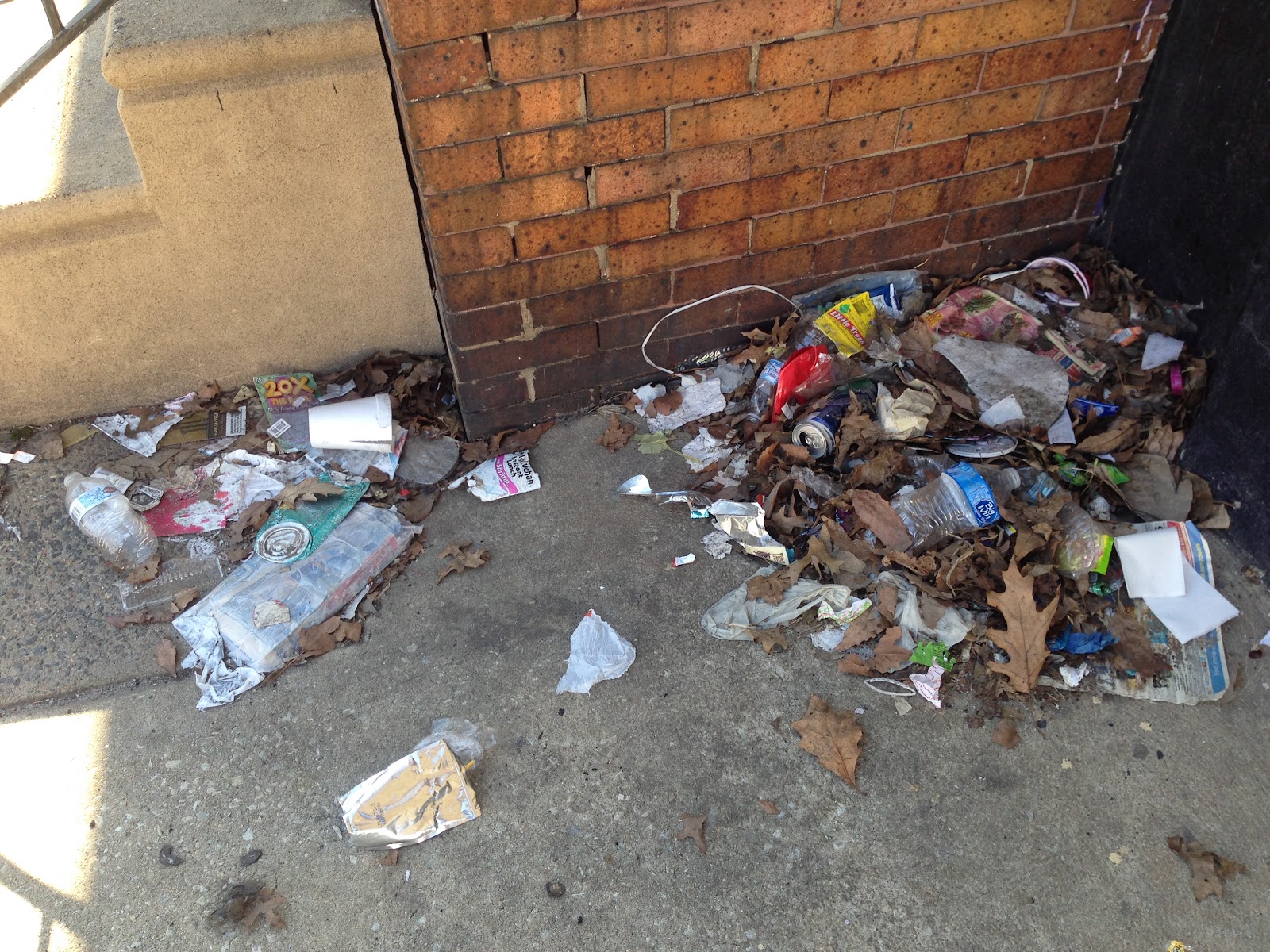 A photo of litter found in the corners of houses.

As I continued my observation, littering became more obvious. I had never sat down and watched if litter occurred as often as it does now. I like to relate this to cutting or skipping a lunch line. Many people still do it and many people hate it. It’s something that we all know and can relate to. Some methods could be “meeting with a friend” or just straight up cutting. This goes in the same way as littering because I find that people sneak a empty bottle around a corner when nobody's watching or they throw trash without caring. To add to that, others also openly litter by dropping off their remainings of their lunch from their car window. 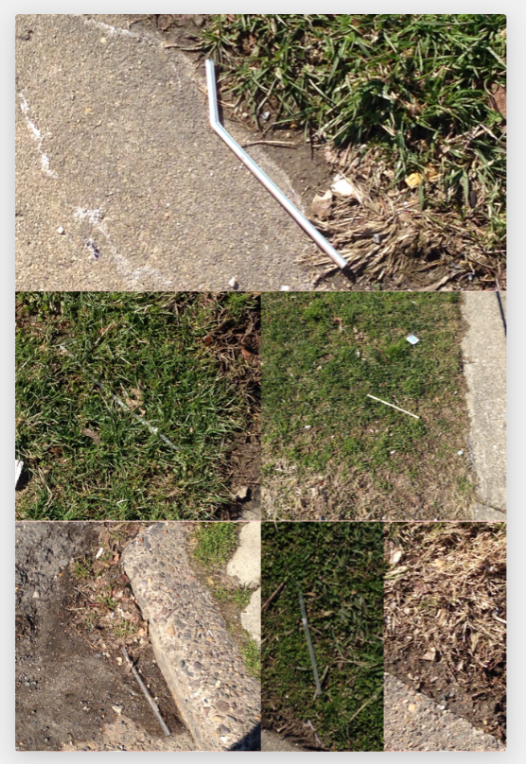 Photos of straws found hidden next to rocks or within grass.

After I was finished with my observation, I continued my online research. Recently, a CURBED Philadelphia article has been published. The article speaks about a new map that users could test the litter around their neighborhood on a scale of 1-4. I recently test this on my neighborhood and found that the average score was about 2.5. According to my observation, I found this accurate because I wouldn’t say everything is terribly dirty but there is still litter. In addition, the map also shows that the deeper you’re in Philadelphia, the more litter you might find.

In the end, change needs to happen and it will. Currently, Philadelphia is identifying the problem using a snapshot of how polluted the city is currently. Knowing this, I am thinking of my agent of change to be something around my neighborhood and friends. I want to start small and I can do this by referring back to plastic straws. I have seen many organizations on plastic straws and I plan to help them out by possibly calling restaurants nearby to only give straws upon request only.

Check out my Annotated Bibliography for further information

For your agent of change, you can try to spread the use of cups that have straws built in, or try to design a more economical way to mass produce cups with straws built in. (Maybe talk to Mr. Kamal about that)

Thank you for picking this topic Randy! I think many of us when walking home we are always on our phones and don't pay attention to our surroundings and realize how dirty our city is

I read your essay during the first blog post and you continually impress me with your essays. I love how you choose images that complete your post and how your annotated bibliography is very informative.

I can really connect with this because my mom hasn't been using straws for many months ever since she found out their effects on sea turtles. This post makes me want to do what my mom does and stop using straws or get a metal straw instead. Do you use straws? I think that for your Agent of Change you should do something to educate people about how bad straws are and change your own habits because even though it may seem like one little straw doesn't matter, it does.

Every time I use a straw now, I think of you and the turtles. You have brought a new awareness in what I throw out and use everyday. What will you do to change others habits? How will you change your own?