What I like to do this Benchmark for this quarter is doing, Sponsors for Immigrants.

I would like to do this topic because there are many students, kids, and even adults who came to America, from another country, but wasn’t able to do so without a sponsor.

Sponsoring has a different meaning in both America, and outer-America. I think it’s obvious what it means in America, which is a person, firm, organization, etc., that finances and buys the time to broadcast a radio or television program so as to advertise a product, a political party, etc. . In the immigration field, the term "sponsor" often means to bring to the United States or "petition for".

Tan Le, a women who had a similar experience. Tan Le is the founder & CEO of Emotiv, a bioinformatics company that's working on identifying biomarkers for mental and other neurological conditions using electroencephalography

She talked in a TEDtalk to share her immigration story.

Immigrants who boards to the U.S are considered “Aliens” as said here;http://www.immihelp.com/affidavit-of-support/sponsor-responsibilities-obligations.html

The reason why? I don’t know myself, I still have more research to go through but, I have enough research to tell you about the topic i'm doing and enough information to give you a “Sneak Peek” at the topic.

Another thing I like to talk about is William Sloane. 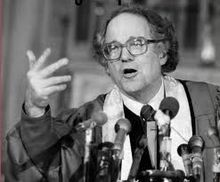 This picture is William Sloan,William Milligan Sloane III, also known simply as William Sloane, was an American author of fantasy and science fiction literature, and a publisher. Sloane is best known for his novel To Walk the Night.

When I asked my father what his sponsor’s name was before he came to America, He answered with excitement. He asked me if I know where he lives or what not, how’s he doing, or how his children were. He told me stories like how young my sister was, when they came. My father also spoke about wanting to visit to say his thanks for helping him and his family to be here and live a happy life. The thing that saddened my Dad was the death of William Slaone. He died April 12, 2004. My father still kept a smile up and asked if I can have any sort of contact to his kids. The only thing I found interesting about William Slaone before he died, was his extended interview; http://www.pbs.org/wnet/religionandethics/2004/08/27/august-27-2004-william-sloane-coffin-extended-interview/2945/

To this day, my father still remembers him, always wanted to visit him, he wasn't able to do so since he didn’t have a vehicle to travel far enough to give his thanks. Now that I heard my father’s story, I’d want to take this research to another level, to the point where my father can give his thanks, find more information about Sponsoring for Immigration, know how immigrants feel about their sponsors. Did they feel happiness? Do they even want to visit their sponsors? These questions would be the future towards my research.

Interesting topic, Alex, and it is clear that this connects to your personal and family history. What additional research have you found about sponsorship programs in the US? In Philadelphia specifically? Have you read anything else about this?