Hello everyone! It has been sometime since my first blog post. In my first blog post I was basically talking about how much this generation's youth is not educated on what to do and what not to do when approached by a stranger and just the statistics. I have dived even deeper into my topic and found lots of shocking information. During the time of my last blog post I have discovered a lot of different information such as the different tactics, the way that police deal with abductions, and how age relates to the motivation that the abductor would have to abduct someone. Not only did I find out new information but I got an interview with a detective that specializes in child abduction. I had an interview with Supervisory Special Agent Kevin McShane.

After having the interview with Supervisory Special Agent Kevin McShane I thought that it was really cool how I somewhat got to have child abduction broken down. I am very happy that I get to share my findings with all of my viewers because it is not everyday that you get the opportunity to have an interview with someone who is in control of all of the abductions that happen from Virginia to Maine. For my original research I was originally was going to interview a close family friend that was a police officer. That changed when I found out that my track coach had connections to a person that specialized in child abduction. It was very hard trying to get in contact with Supervisory Special Agent Kevin McShane because at first I never got to talk to him personally and I would always get whatever needed to be said, said through my track coach. Another problem that I had was trying to find time to actually have the interview because Supervisory Special Agent Kevin McShane is such a busy person.

Like I had said before I dived deeper into my topic by surfing the web hours a day. The most interesting website that I discovered was a website that had a lady named Rose Muara write about the time when she herself was abducted at the age of 7. It was so attention grabbing because she talked about the what she was thinking, how she was feeling, and how she planned to make it out alive. When you read her story you kind of get an insight on what it is like to be abducted but then again you still will never feel the fear like she did.

Having the interview with Supervisory Special Agent Kevin McShane really helped me with my PIC issue because it helped me narrow down what I wanted to do for my Agent Of Change, as Supervisory Special Agent Kevin McShane answered the question that I had my brain began to buzz with ideas. Even though I got the answers to the questions that I have I will always be curious as to how you could just snatch someone away from the rest of humanity and keep them held in captivity like an animal.

For my Agent Of Change I want to do an informational skit. I want to take one of the tactics that abductors use and at it out and then show what are the do's and dont's when you are in a situation where you are approached by a stranger. 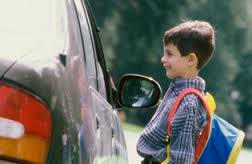 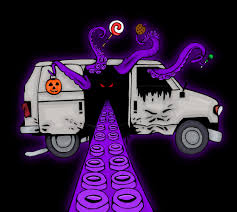