Hello my name is Gabrielle Kreidie, a student at Science Leadership Academy in Philadelphia, Pennsylvania. For the rest of the year my class and I are doing individual projects on certain subjects with the goal to change the world around us. We will become Agents of Change by the end of the year with the help of research. This is my first blog post, I hope you enjoy it. For further information visit my bibliography.

The world has heard of the civil war in Syria. The attack of chemical weapons of people of Syria from their military a total of nearly 1,500 people killed, 426 of which were children. The media covered the decision President Obama had to make. A military strike or not. Sure the media talked about those who were lost in this tragic event portrayed by Bashar Al Assad, Dictator of Syria, however, right after Obama’s decision was taken off the table, the news ended.  People continue to suffer from this dictator but the public nor the government seem to really care about those that are suffering.

Lebanon, Jordan, Iraq, Turkey are holding in total over two million refugees, and more adding on everyday. Those two million are known to the world now as refugees. Two million people who are on the streets of countries with small populations and problems of their own. Lebanon alone has over one million refugees from Syria, with a addition of refugees from Palestine and other countries. Lebanon has a population of four million with a stronger economy than some of their neighbors, however, they are struggling with the addition of over one million new people and problems with bordering countries, Syria and Israel. Two million people are a lot! Even though Syria has a population of twenty two million, as of 2012, a decrease of two million is a lot. Two million is just over the size of Philadelphia. Now imagine all Philadelphians having to leave their homes with barely anything because it’s not safe for them. Imagine two million lives broken, without food, money, medicine or professions, leaving everything behind. 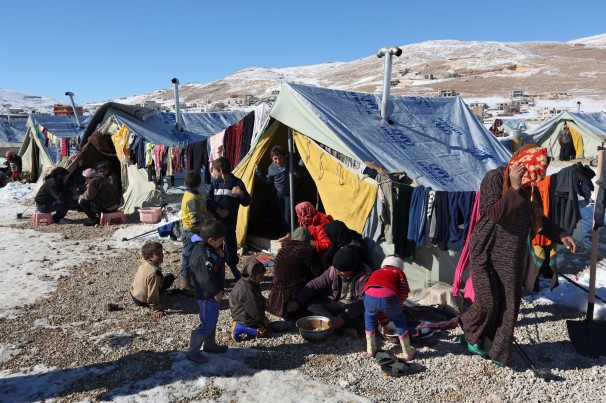 A family living in a refugee camp in Jordan during the cold, snowy winters.

Living in the USA, we do not see that much news on the refugees. We do not see information on people who are suffering from Bashar Al Assad. This makes me want to learn more. I want to get down to the truth. I want to see the people we should be caring about, the people that are suffering. Read Abdulmajid’s, a fifteen year old Syrian refugee living with his family in Lebanon, here. The issue of war within a society of citizens is not something the media is covering. This is my chance to bring the real news, the news of those who are in pain, to not only the US but the world. 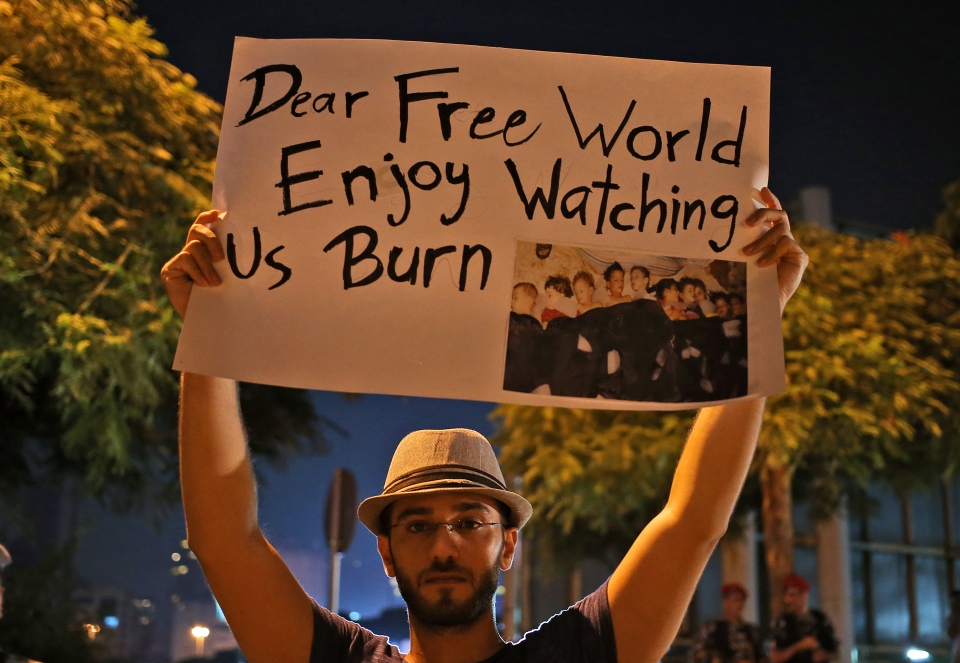 A Syrian refugee living in Lebanon holding up a poster during a protest.

Syria is not the only country to have a civil war, in the past couple of years. There has been the civil war in Sierra Leone, civil war in the Democratic Republic of Congo, Nepal civil war and so many more. That means that I have to understand the media coverage of these wars. I have to understand if huge news outlets, such as CNN, talked about these civil wars. Throughout this project I will not only be talking about the horrible civil war in Syria, but I will be talking about the Congo, Sierra Leone, Nepal, Colombia, countries that have had their fair share of people suffered as well.

My goal at the end of this project is to fully understand who are really suffering from all of this. I must educate the public in appropriate ways to allow them to fully understand the struggles. I want to make a change in the right way. The people of Syria, and all that have suffered from civil wars, need someone to help them, to show that they care. That’s my job and it starts now.

Ellie I love the passion that you have for the topic of Syria. It's nice to know that some people legitimately care about making our world a better place. I think that you can really make an impact on your issue. Keep going don't stop fighting!

This article was in depth and very factual. You seem to carry lots of passion for this subject and I'm excited to see where you will go with this