Teen peer-pressure is what I will be basing my project off of. Growing up, I was always affected by this and a lot of my friends struggled with this as well. Every child wants to be liked by their peers in school and some will do anything to receive that acceptance. The topic of peer-pressure interests me because of how much this affected me and other close friends. With teens becoming more and more obsessed with being ¨the popular one¨, I felt that gathering deeper research would be engaging to certain readers. Especially since most of my readers are actually teenagers themselves, this topic can be easier to relate to. Peer-pressure affects a lot of teens around the world, especially when they are attending school. 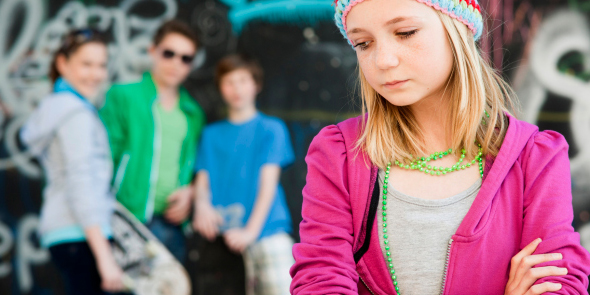 ¨Being accepted by peers is crucial to many teens, and it can affect teens if they are not.¨

Teen peer-pressure is significant because of how many teens it has affected and still affects to this day. According to research from sources I found on this intriguing topic, teen peer-pressure affects around 70% of children at each school. But overall, teen-peer pressure is a common issue for tenagers. All teenagers wants to be accepted in the ¨popular crowd¨ or at least be apart of the cool kids. The Effects of Peer Pressure From research, it states that when this happens teens tend to loosen up and do things that they normally wouldn’t do. Such actions like smoking, drinking, drugs, stealing, and even having sex before ready. I read in my sources that there was a survey that made a compelling conclusion. It states that teens with friends who do drugs and drink alcohol are more likely to do the same. This statement really stood out to me because it’s amazing how much control friends can have over some teens. All parents do is lecture their children on the things not to do, and just because a friend is doing it, now it’s acceptable to join. 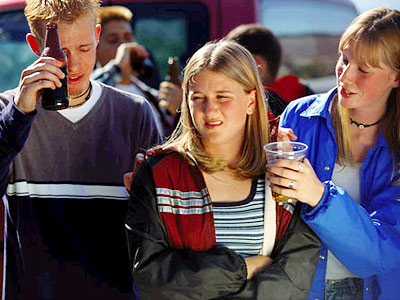 ¨Peer pressure includes teens making big decisions regarding drinking and smoking with with friends that think it is ¨cool.¨

It is important for the readers to know that what you do and say to others really can impact their state of being. And with the information, the readers can think to themselves if they ever felt that they changed themselves because of peers around them. Or think to themselves if they ever made another person feel disliked or unaccepted. The reason why teens give into peer pressure because of friendships and the ¨everyone is doing it¨ factor that can make a teen feel compelled to comply. Giving into the Pressure Combining with a teen’s curiosity this leads to risk taking behavior and why teens give into peer pressure. According to ¨Giving into the Pressure¨ source, teens are accustomed to follow social standards set by their peers.

In conclusion, I wonder what are the things a teen can do to keep themselves in control from pressure they can receive from friends. I wonder what causes a teen to change who they are for others. Is it because some teens feel as though they are not accepted at home and want to attract acceptance from their friends. I am interested in learning how much the use illegal substances affect the pressure put upon teens. Drugs, and even smoking and drinking seems to be the most common activity teens put on their peers, and teenagers follow along to be accepted into the crowd or develop some type of consistent relationship.Troubled Peer Pressure As this project go on, I will like to find certain situations about teens suffering with peer pressure and how it has affected their life as a teenager.

This blog post was very interesting. What standed out to me in your post was the topic. I was surprised that teens were peer pressured into doing thing that would scar their lives. Also how far they would go to fit in with their surroundings. The line ¨Such actions like smoking, drinking, drugs, stealing, and even having sex before ready. ¨ stood out to me because it shows alot of what these teens give into. Im looking forward to see the outcome of this project.