Domestic Violence is an everpresent crime infecting our communities one victim at a time. Silence falls over those who are in danger’s way, far too fearful to speak out about the dangers of not knowing what abuse lies in their futures. By educating myself of the heinous acts of abuse cast upon one third of American women, I am able to give a voice to those silenced by the bruises left by the ones who supposedly loved them most. Since this issue effects so many people around me, I refuse to be apart of the thirty six thousand abuse accounts reported annually. I am desirous to contribute to the efforts of many to stop domestic violence and create a more positive society with brighter futures for all. 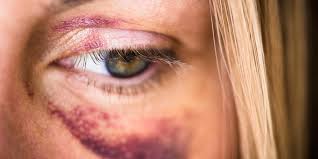 Domestic violence is heavily silenced. It isn’t taken as seriously as other misconducts even though it accounts for fifteen percent of all crimes committed. It is right under our noses, yet we are blind to it. We may not notice the signs of those in harms way like the wearing of long sleeves in the summertime to hide the imprints of struggle, or those who wear sunglasses inside to cover the bruises layering their skin. It isn’t solely about the beatings, though; it can be taken as far as resulting in murder which is the fate of five hundred women annually. The effects can be fatal, and the forms can be mental and sexual as well as physical. After realizing that someone who claims they love you can bear to beat you day after day, it can cause many psychological issues such as depression or anxiety. Domestic abuse takes many forms and tactics are used to effectively violate the victims such as dominance, humiliation, isolation, threats, intimidation, denial, and blame. The general public seems to believe that this issue is easily solvable, all the victim has to do is leave the relationship to end the torture. What the majority of people are unaware of is that more than 70% of deaths from abuse happen after the relationship has already ended. The abuser does not like to lose and likes to control the situation at all times, hence the abuse in the first place.

Domestic Violence effects almost everyone, whether it be directly of someone

we know is effected by it, domestic violence is hard to escape in American societies.

One may never know everything about Domestic violence unless it is experienced first hand, and this means I am left with numerous questions. I am wondering why this issue it is not taken more seriously, and I wonder if it could be because not many people are informed of how much violence is taking place in the United States. I am also wondering if people who have been abused are more likely to then become abusers themselves or to stay as far away from domestic abuse as possible. I would be interested in hearing personal stories of domestic violence victims and how it has changed them as a human being. I am looking forward to seeing what answers I uncover in my future research and am most interested in finding a way in which I can help to end domestic violence once and for all.

"Those who wear sunglasses inside to cover the bruises layering their skin." I loved this line and your post made me realize how blind we really are to these issues. I never knew that so many deaths came from domestic abuse as an alternative to just leaving the relationship/household. Your topic interests me because many people you know or encounter may suffer from these issues and you wouldn't even know. This is such a serious yet concealed issue in our society that I'm really excited and interested that you chose to tackle and change. Good job E!

Reading your blog made me be more open minded on other topics that does'nt have enough attention. This line ¨. After realizing that someone who claims they love you can bear to beat you day after day, it can cause many psychological issues such as depression or anxiety. "stood out to me because this can be so true and if it ever does happen it can be very depressing. The research such as the fate of 500 women annually is devastating. Although, in your future research Ill not only like to see women being abused but men also.