In “The Taming of the Shrew”, honesty and deception play big roles in the relationships between the characters, especially Petruchio and Katherine, as well as Katherine and her father, Baptista.  In the 2012 movie “ Silver Linings Playbook,” honesty and deception are even more important — almost every important thing that happens is rooted in honesty or a lack thereof.

Pat Solatano, Jr. is a diagnosed bipolar who has just been released from prison following his beating of his wife’s lover.  Tiffany Maxwell is a recovering sex addict whose husband has recently died. While the relationship between Pat Solatano, Jr. and Tiffany Maxwell can be compared to Petruchio and Katherine’s, the genders should be reversed.  In “Shrew,” Petruchio uses very manipulative tactics to eventually end up with Katherine’s love.  Likewise, in “Silver Linings Playbook,” Tiffany manipulates Pat, making him think that her end goal is something completely different from what it is.  In contrast, Pat Solatano is not aware of Tiffany’s goals until almost the end of the movie, while Katherine most likely knows Petruchio’s plans from the beginning.  Both of these stories show that, while manipulation is not always moral, the results can be good for both the manipulator and the manipulated.

Petruchio: Come, come, you wasp, i’faith you are too angry.

Katherine: If I be waspish, best beware my sting.

Petruchio: My remedy is then to pluck it out.

Katherine: Ay, if the fool could find where it lies.

Petruchio: Who knows not where a wasp does wear his sting?  In his tail.

Katherine: In his tongue.

Katherine: Yours, if you talk of tales, and so farewell.

Petruchio: What, with my tongue in your tail?

In this scene, Petruchio and Katherine are first meeting.  While on the surface they are insulting and trying to intimidate each other, they are also hinting at the physical or sexual attraction between them using innuendos.  This represents deception and manipulation, because they are hiding their true meaning behind clever words.

Pat, Jr. and Tiffany also have a strange first conversation: 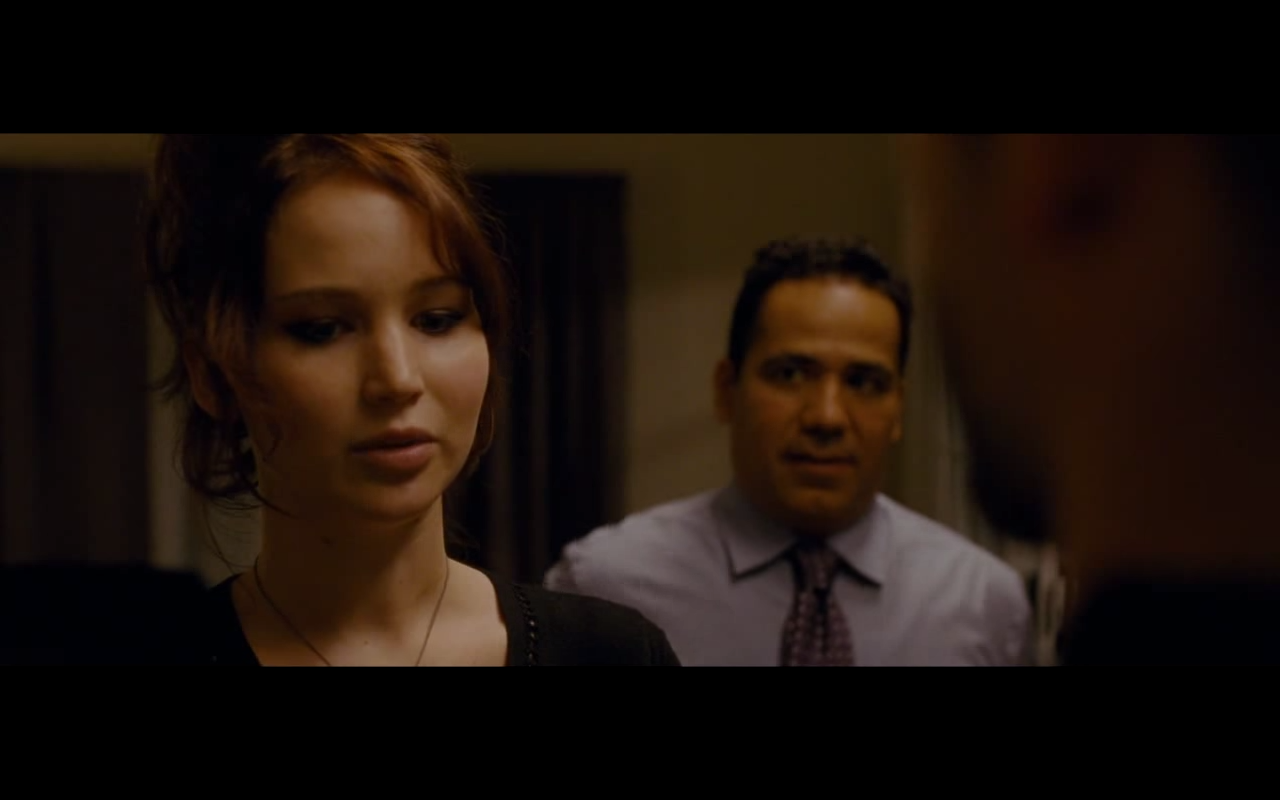 In this scene, Pat and Tiffany are meeting for the first time at Pat’s friend Ronnie’s house.  Pat remarks that Tiffany looks nice, and soon after asks about her dead husband, which spurs an awkward and somewhat hostile conversation between the two.  However, during the conversation, they are both giving each other somewhat heated looks.  When Tiffany leaves the room, she gives Pat a sultry look, implying her unspoken intentions, just like Katherine and Petruchio.

That you shall be my wife, your dowry ‘greed on,

And will you, nill you, I will marry you…

I must and will have Katherine to my wife.

In this scene, Petruchio has recently spoken to Baptista, Katherine’s father, and gotten his consent to marry her.  This was a very deceptive act, because Katherine thought that her father would at least talk to her before doing such a thing.  This is incredibly dishonest, of both Petruchio and Baptista.

However, in the long run, this might have been good for Katherine; she ends up seemingly happy and “tamed” at the end of the story.

In this scene, Tiffany shows Pat the envelope that supposedly has a response from Nikki in it, but says that he cannot read it until he nails the dance they are working on.  In the end of the movie, it comes out that Tiffany actually wrote the letter.  This was an incredibly dishonest and pretty manipulative thing to do, but in the end, seemingly caused Pat to fall in love with her.

Both of these works prove that manipulation, dishonesty and deception can sometimes bring about good results and happy endings.  In Shrew, while Petruchio’s manipulation and deceit at first only bring about a difficult, forced marriage, in the end, Katherine seems to be a more happy and subdued wife that any of their friends.  In Silver Linings Playbook, Tiffany does something that in many cases would be appallingly manipulative and dishonest.  However, through the dishonesty that is part of her friendship with Pat, comes an honest relationship of love.