The Tactics of the Shrewd

A comparison of The Taming in the Shrew and Amélie

Shakespeare’s The Taming of the Shrew proves that deception has long been a tactic people use to find a romantic partner. Lucentio is the son of a rich man who has traveled to Padua and is determined to gain the love of young, attractive Bianca. He disguises as a tutor, “Cambio,” in order to get closer to Bianca while his servant, Tranio, disguises as him.

In Jeunet’s Amélie (2001), Amélie is a very shy young woman who falls in love with Nino, a man who collects and reassembles discarded photos from a photo booth. However, she is too shy to meet him, so she plays a cat-and-mouse game with him, leading him to various places all across Paris and dropping hints about her identity.

There’s a similarity between their motivations, but a difference in their tactics. Though the genders are reversed, Lucentio and Amélie have the same goal: to gain the love of their respective sweethearts. But, Lucentio has to work around Bianca’s father Baptista, who has said that Bianca shall not court any men until her older sister has gotten married, whereas the only obstacle Amélie has to overcome is her own reticence. Amélie and The Taming of the Shrew both support the message that a little deception in a relationship can be a beneficial thing.

Now mistress, profit you in what you read?

What, master, read you? First resolve me that.

I read that I profess, The Art of Love.”

In this quote, Lucentio is disguised as Cambio, a tutor, and flirting with Bianca while it appears that he is teaching her from a book. His line, “I read that I profess, The Art of Love” is a not-so-subtle way of telling Bianca that he is in love with her. Lucentio’s use of a disguise to get Bianca is similar to Amélie’s use of clues in order to reveal pieces of her identity to Nino and eventually meet him: they’re both acts of deception. Their tactics are different though, Lucentio is disguised as another person while his servant is disguised as him, whereas Amélie never actually disguises as anyone but keeps her identity clandestine. This also means that Nino and Bianca, despite the gender differences, are similar in one aspect: they are the targets of the protagonist’s affection and deception.

Here’s an example of Amélie’s deception. 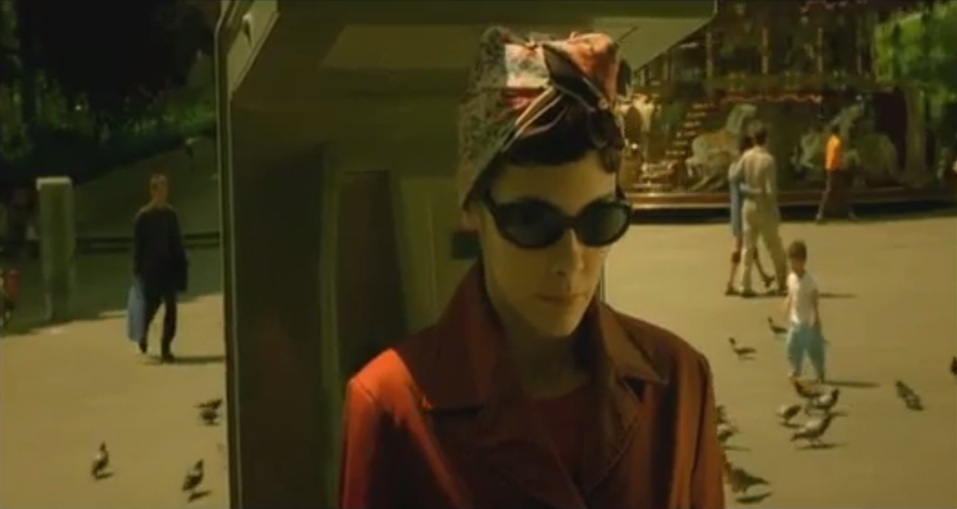 In this scene, Amélie (center) leads Nino (left) across a local park with arrows in order to arrive him at his scrapbook which he had lost when it fell off of his motorcycle, all without revealing herself. She avoids communicating with her partner until it is necessary, unlike Lucentio, who disguises as someone else and then reveals himself later.

Made me exchange my state with Tranio,

While he did bear my countenance in the town,

And happily I have arrived at the last

Unto the wished haven of my bliss.”

When Lucentio delivers this quote, it is near the end of the play and he has married Bianca. When closely examining Lucentio’s strategy, it’s surprising it worked. There are many things that could have gone wrong during its operation: Bianca might not have immediately fallen in love with Lucentio like she did, or Lucentio could have been found out by Bianca’s father, or Petruchio could have failed to court Katherine which would’ve meant that Bianca couldn’t marry, and so on. So, even though the scenario where Lucentio and Bianca marry isn’t realistic, Shakespeare chose to write it that way. 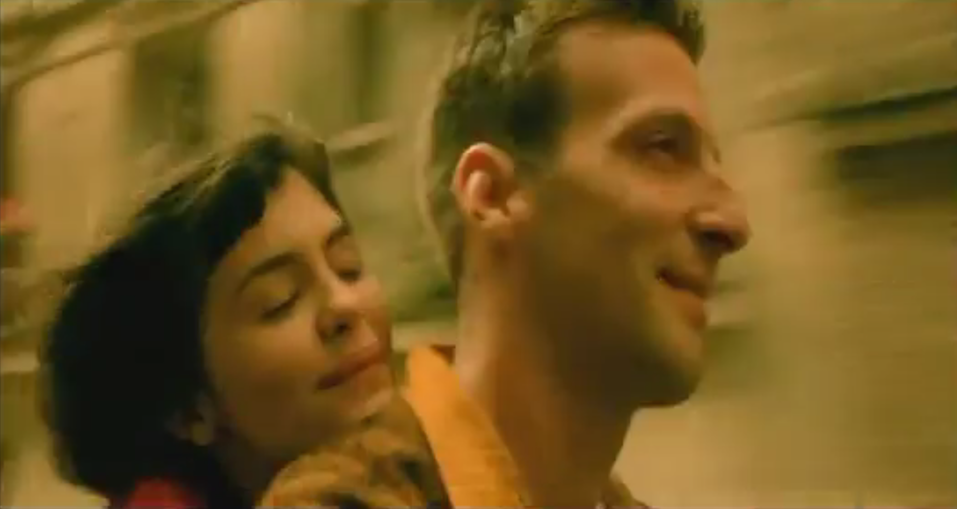 This shows that both Shakespeare and the director of Amélie, Jean-Pierre Jeunet, had the same idea: they wanted to show that a little deception can improve relationships. The characters they created, Lucentio and Amélie, represent this. As both the play and the movie end, we are left with Lucentio and Bianca, Amélie and Nino, two happy couples who wouldn’t have been without a little trickery.
Works Cited:
- Amélie. Dir. Jean-Pierre Jeunet. Perf. Audrey Tautou. 20th Century Fox, 2001.
- Shakespeare, William. The Taming of the Shrew. New Haven: Yale UP, 1954. Print.