In "The Taming of the Shrew," we see example of how love and marriage was in early Italy. In the book, Petruchio indirectly abused Katherine to try and gain her love. He said that by denying her of certain things he could "tame" her to make her love him. In the movie, "Madea's Family Reunion," a woman named Lisa is in an abusive relationship with a man named Carlos. The movie is a modern version of how this relationship between Petruchio and Katherine could have possibly ended.

Petruchio and Carlos are similar in the way they treat women. The only difference is their reasons and methods. In the book, Petruchio marries Katherine as part of a master plan. Katherine is referred to as a shrew, which is usually used to describe someone who is mean and/or annoying. Petruchio's answer to this, which he states in the book, is that he will deprive her of things such as food and sleep to tame her to love him. Carlos', in the movie, physically abuses Lisa to keep her from leaving. These texts reflect that the relationship between men and women throughout the years has not changed, and that it may have gotten worse, because of the extent that abuse has grown.

In the movie and the book, women are physically abused by men to try to make women love them. In “Madea’s Family Reunion” Lisa is in an abusive relationship which she tries to get out of many times. One scene in the movie shows her try to escape. She grabs some clothes and when she is about to leave, Carlos grabs her and threatens to throw her out of their apartment window if she tries to leave again. Carlos threatens to kill her if she leaves him, so he would be the only one to benefit from such a situation. 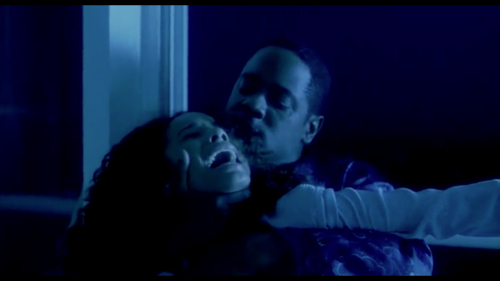 In both the movie and the book, the families of the women are unsupportive, but the family in “The Taming of the Shrew” couldn't be culturally, and the family in the movie weren't, because they wanted Carlos and Lisa to get married for money. When Lisa confesses to Victoria, her mom, about what has been happening. This is what her mother says:

Lisa: He hits me.

Victoria: Well, you must stop doing what you're doing to make him angry.

Victoria: Women sometimes have to deal with things to be comfortable.

In the time period of “The Taming of the Shrew,” it was expected that women dedicate themselves to whom they are married to. Divorce was not a possibility, so as much as abuse was probably looked down upon, there was no way to stop it.