The Parent Trap (1998) is about two girls, Hallie and Annie, who go to a camp and find out that they are twins, but separated after birth, one living with their mom and one living with their dad. When their camp is over they switch places in an effort to try to get their mom and dad back together, so they can all live together. When Annie goes back with their dad, she finds out that their dad picked up a summer girlfriend named Meredith and that they are planning on getting married later on in the summer. Meredith is 10 years younger than their dad and immediately, Annie doesn’t like her. In The Taming of the Shrew, Petruchio is up for the challenge of marrying Katherine, a daughter of a wealthy man because of the dowry that goes along with Katherine. Marrying Katherine is perceived as a challenge because she is someone who is grumpy and not well liked. These two stories show that society’s values around courtship and marriage have not changed because both suitors are in the relationship for the money.

In Taming of the Shrew, everyone thinks that Petruchio is a little crazy when he says that he would be willing to marry Katherine. Petruchio just really wants the dowry from Katherine.

In this scene Petruchio is talking to Baptista, Katherine’s father and Hortensio, a suitor for Katherine’s sister. Hortensio was surprised and confused as to why Petruchio would want to marry someone as crazy and ill-tempered as Katherine. When Petruchio mentions that he has a wealthy background, he also mentions Katherine’s dowry to Baptista. The dowry was either a piece of land or money or both that the father would give to the husband to ensure that he would stay with the wife. Petruchio only really thinks about marrying Katherine because of the money involved with her.

In The Parent Trap, Meredith pretends to be nice and sweet but Annie and Hallie can see right through her act. She wants to marry their dad because he has so much money. 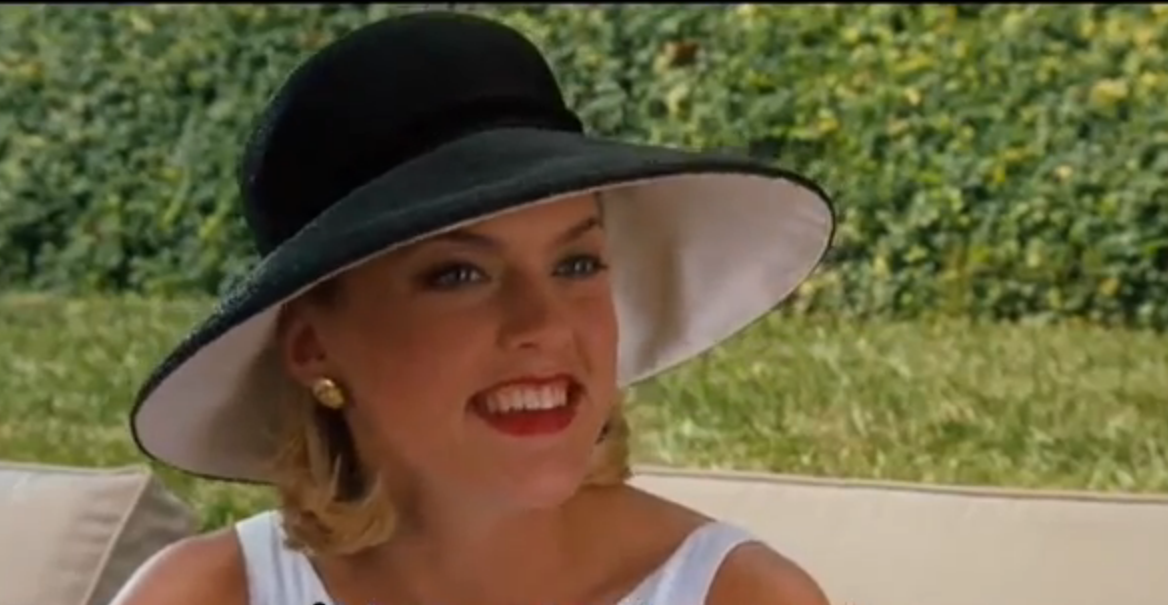 In this scene, Meredith is meeting Annie for the first time. Annie already knows some rumors about why Meredith, age 26, is marrying their dad, who is at least 20 years older than her. The rumors are saying that she just wants the money that goes with the winery that Annie’s dad owns. Meredith is slightly nervous because Annie seems like an obstacle in the way of her and the money. Meredith already has lots of money being a publicist but she has want to always have more, enforcing the idea that more is always better. In this way, she is alike to Petruchio because they are both in the relationship for money even though they have already have a good amount from their families.

In this scene, Petruchio has finished talking to Katherine and has told her father that they are ready to be married because Katherine loves him. Katherine, in fact, does not love him or even slightly like him, so Petruchio is flat out lying to Baptista so he can get the dowry and money quicker. At this point in the play, some people believe that he has forgotten about the money and only thinks of Katherine as a challenge to overcome by annoying her. Petruchio must have some concern about the dowry still, because it is a large amount of money and land.

In this scene, Annie confronts Meredith about her intentions of marrying her father. Meredith gets defensive and mean but doesn’t deny the rumor that she is marrying for money. Meredith sees the girls as a roadblock in front of her money, so she tries hard to get rid of them. She is lying to their father that she likes them and that she would be a good stepmother for them. Petruchio lies to Katherine’s father about how he got her to love him, so that Petruchio could get the dowry. Later on in the movie, Meredith mentions to her father about how much money her boyfriend has and how in love with the money she is. This reminds the audience how driven she is for the money and how much she wants to have more and more.

Petruchio seems like a better person because eventually he forgets the idea of the money that Katherine comes with, or so it seems. He then moves on to the goal of taming Katherine by giving her an ultimatum; agree with everything he says or she won’t be well fed. Since Petruchio is stuck with Katherine, after marrying her for the money, he has to figure out a way to live with her and make her tame. Meredith, at the end of the movie, gives the girls’ father an ultimatum; herself or the girls. She gets so fed up with the girls’ antics and tricks that she is willing to give up the large amount of money that their father has for some peace. In both of the stories, the greedy character has to overcome some obstacles or roadblocks that are in the way of the money that they want. In the end, Petruchio gets the money along with the woman, but Meredith doesn’t succeed. In Taming of the Shrew, Petruchio is willing to live with a bitter woman for money and in The Parent Trap, Meredith is willing to marry a man that she doesn’t particularly love for money. This shows that society’s view on marriage and courtship is that people will marry for money, no matter what they have to deal with on the road to money.