My year of 10th grade has been a year of intense learning. I came to understand that it is the responsibility of us, as innovators of the future, to create solutions to the world’s problems in order to create a better world for everyone. The word “Innovator” on dictionary.com is the noun for “innovate”, which means “to introduce something new; make changes in anything established.” To me I find being an innovator an incredible responsibility and the definition of it accurate because the key to creating a new and better world for everyone is through innovation and being an innovator, the people who bring out the innovation for the world.

An example of how I am moving towards fulfilling my responsibility as an innovator is my Op-Ed. My Op-Ed is about the differences between Nuclear Fusion and Nuclear Fission and it was more of a science paper but there is a quote from it that shows I’m trying to improve the world. “Overall, the need for fusion is desperate, especially after what we have and are witnessing with the Fukushima Incident in Japan, with all that radiation from the nuclear fission in the reactors.”

Over the year, I realized that I can create incredible works and teach about what is needed and what is going on even though I’m not a specialist in any field. This is part of another understanding I came to learn, that Experts aren’t the only ones that can create great works of art in certain fields.

My benchmark for the second quarter was the religion benchmark I named “The Huge Psychological Deception. In it I explained how religion affects the world from a psychologist’s view instead of my view. Here is a quote I included in the article by Sigmund Fraud: "In the future of an illusion, the latent content behind religious conceptions remains associated with the 'father complex,' but here this is linked to the helplessness that elicits innate infantile desires for wish fulfillment."

The final fact I came to learn is that collaboration is key to pro level work. Collaboration is what every person needs to do to create pro work, no matter how many times they need to peer edit, record as a group, or whatever is needed through collaboration.

An example of this is the video of an edited scene from a book called Their Eyes Are Watching God in the Marxist lens and normal lens. It took us three days to produce it and we had to do many, many edits to the video.

To give a bigger message about what I learned this year, it would have to be that effort is what brings out the greatness in people and changes the world. I can envision truly changing the world in the future through science, the kind of change I want to make in the world. Specifically, Biomedical Engineering in space.

(Grandpa is at the market with Grandma. He stops at the fruit store.)

(Says hello to the store clerk in Mandarin)

How much do 3 of these jackfruit cost?

Thats a rip-off! The economy is poor I know that but that doesn’t mean you have to raise the cost 7 Yuan more!!

(Looks away in disgust)

Hmmmff! How much are 5 of the Dorian?

W-Why are you pointing a shotgun at me?

What are you talking about?

I was swinging my cane around in the air because I was angry but I wasn’t, am not, and will never hit you with my cane, I would get sued.

(Grandpa tries to calm the clerk down and tries to convince him to lower the shotgun and puts his arms up as if trying to stop something from hitting him.)

So would you be so kind as to lower the shotgun and I will pay for these fruits?

(Calms down and speaks in a tired voice)

Well I guess that isn’t that much of an increase since before it was 81 Yuans.

But still this economy is killing the population and bleeding the civilians’ accounts dry.

(Starts to try a barter. So move your hands in front of you as if trying to reason or explain something to a person)

Are you absolutely sure you can’t lower the price on the fruit for me?

(In an angry and sarcastic voice)

Have a nice day.

(Walks out the door with Grandma) 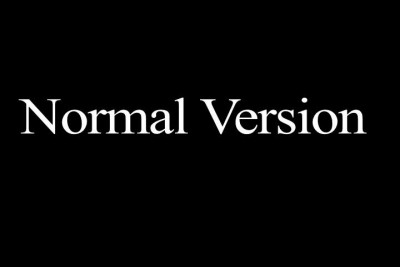