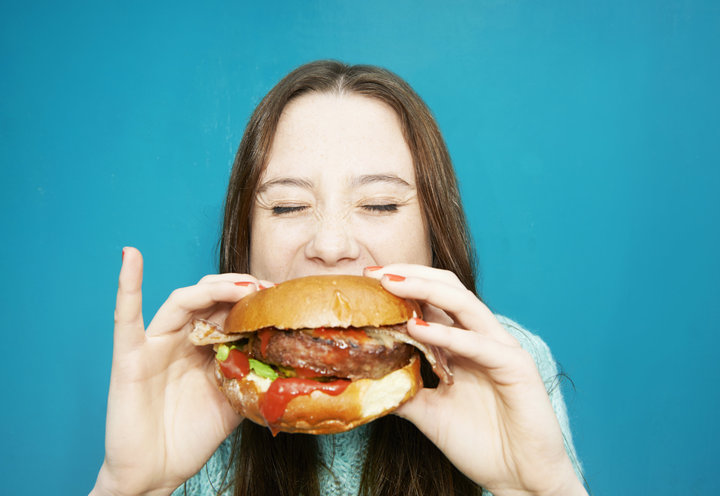 Most people don’t know what’s actually in their food or how it affects them. My project is mainly based on the documentary What the Health, which promotes eating a plant-based diet, also known as veganism. The reason I chose this topic because both sides of my family have genetic diseases that made somewhat hypochondriac. On my paternal side, the diseases are diabetes, hypertension, and cancer. On my maternal side, there are cardiovascular problems. After watching “What the Health”, everything I thought I knew about these diseases.

Diet is closely linked to a lot of health problems that humans have, such as diabetes, hypertension, cardiovascular problems, cancers, and asthma. In the documentary, it demonstrates how those diseases and meat are connected. The IARC (International Agency for Research on Cancer) pronounced that processed meat is a Type 1 carcinogen. This is the same category as formaldehyde and tobacco smoke. The American Cancer Society made an article in response to the IARC on their website telling cancer patients to limit the amount of processed and red meat consumed. Why do they advertise limiting the consumption of it instead of just telling them to stop completely? In the article, it states “Colleen Doyle, MS, RD,... says, ‘We should be limiting red and processed meat to help reduce colon cancer risk, and possibly, the risk of other cancers. The occasional hot dog or hamburger is okay,’" but on the website they do not tell you to only smoke one cigarette a day, instead they tell you to stop completely.

Another disease connected to red meat is diabetes. A report taken in 2015 found that 30.3 million American citizens have diabetes(9.4%), and 84.1 million are pre-diabetic. Being diagnosed with diabetes shortens your lifespan by 19 years. Researchers have found that in the next 25 year one out of every three American will have some form of diabetes. Most people are taught that eating sugary food is the main reason for diabetes, but it isn’t. The main source is a diet that builds up a large amount of fat into the blood, such as a meat-based diet. Sugar has zero calories all it is, is excess calories, but when you do eat sugar your body stores most of it as glycogen or burns it off as calories.The main focus has been put on sugar instead of meat causing people to believe sugar is the reasoning for diabetes.Harvard T.H. Chan School of Public Health did a study about diabetes in comparison to red meat. They found that red meat mainly when processed it increases the risk of getting Type 2 diabetes. In the Harvard article, it talks the percentage rate that it is increased by, “They also found that one daily serving of half that quantity of processed meat—50 grams (for example, one hot dog or sausage or two slices of bacon)—was associated with a 51% increased risk.” 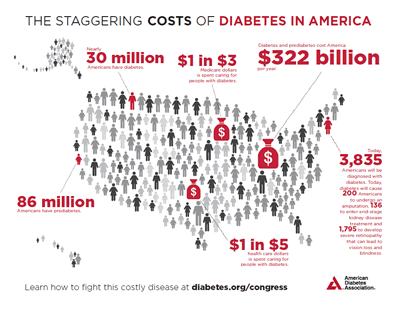 This photo shows how much the U.S. spends on research on diabetes

Humans are the only species that still ingest milk after infancy. Cow’s milk has zero benefits for a human compared to any other type of animal’s milk. It is full of hormones that are meant to help an infant cow grow. Therefore, when a person says “ I only get hormone-free milk” it is an oxymoron. Most humans are lactose intolerant, 73% of African Americans, 95% Asian, approximately 70% Native American, and about 53% Hispanic Americans cannot break down the sugars in dairy, but it is still advertised by our government. In schools, food guides/pyramids show everything that you eat which promotes dairy. There is a false conception that milk helps makes your bones stronger but studies have shown the more milk you drink the more prone you are to hip fractures. In HuffPost article, they did a study on men who drank milk, “A recent study found that elderly men who drank a lot of milk during their teenage years actually had an increased risk for hip fractures.”

MyPlate was published by the USDA

After doing my research I hope that people become less ignorant about the topic of their food and start to care more. I just want people to be more aware of how their food affects them and their environment.

Hello Camren, your post is really well written, and well thought out. This idea was actually one of the three I came up with during my Initial Research because I am also, interested in this topic as well. Have you seen the documentary Food Inc.? This is not exactly similar to the issue you are facing, but it can be a strong convincing factor to why you should go vegan and I highly recommend that you watch it. Overall, I wouldn't say you should change much but if I were to say, formatting would help and maybe explain a little bit better.