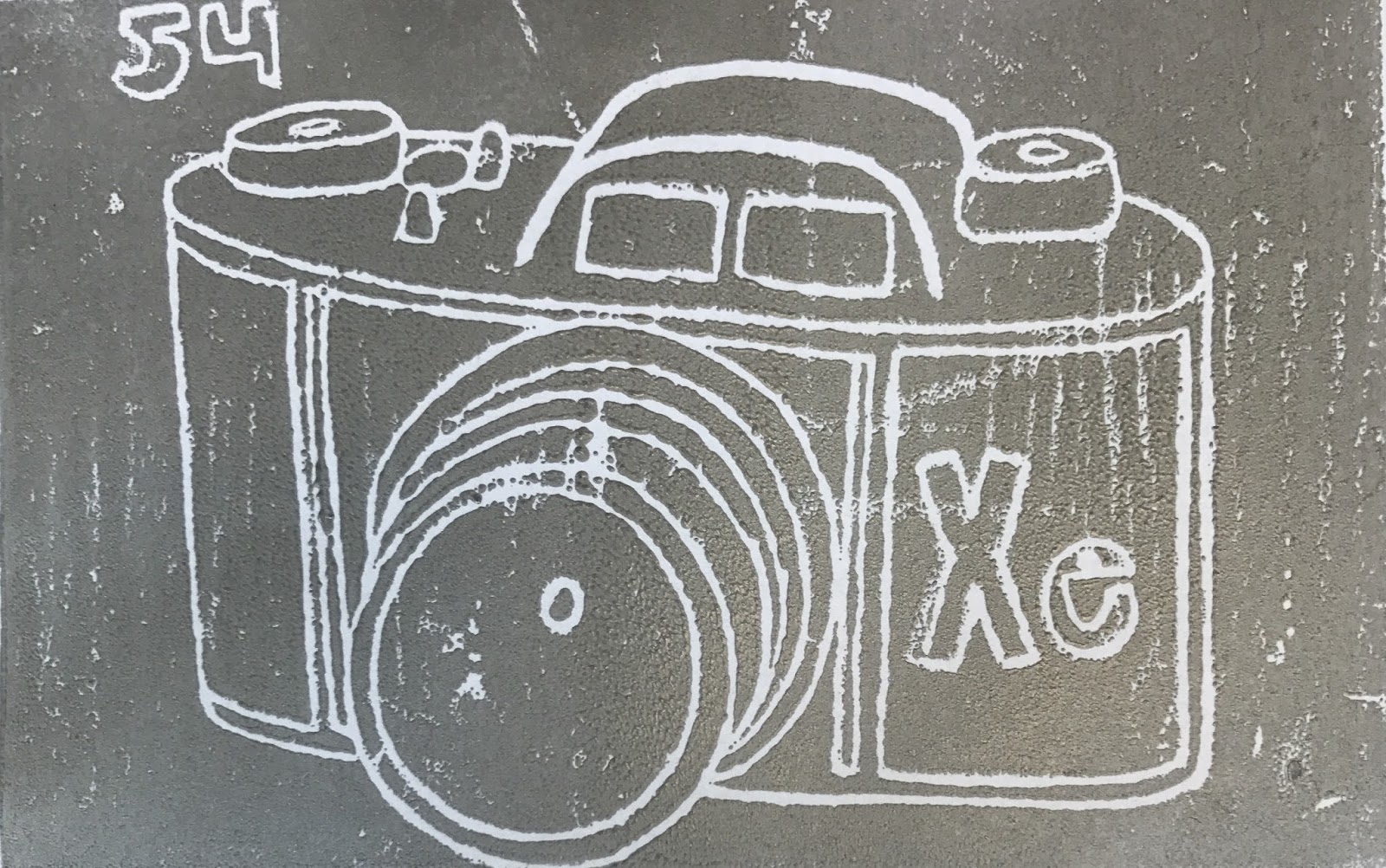 My element was Xenon and it’s atomic number is 54. The name Xenon comes from a greek word “xenon” which means stranger. It is a noble gas and it was discovered through the study of liquified air just like krypton and neon. You can find Xenon in flash cameras, movie projectors, car headlights, nuclear reactors, and oxidizing agents. Since Xenon is in flash cameras I decided to draw a camera because it seemed more different to do. Finding the right camera to draw was a little difficult until I found the perfect one. It’s kind of an old camera that you wouldn’t see as much today but, personally it went well with my element. Next time instead of drawing a camera I would draw a movie projector because that’s something I can get really creative with. The part I enjoyed the most was creating my print because it very different than most art. I love to draw and I just love art overall. This was something that I took serious and had fun with.