In middle school, I took part in an extracurricular program called Play On Philly, or POP. POP started in 2011. It was a music program that was fairly socially intuitive. In fact, I made many friends from different grades there and between my colleagues and I, there was a family bond between us. Students that were in POP had to go 5 times a week for at least 2 hours during the weekdays. The teachers’ teaching skills were phenomenal. They would play the song so that you get the idea of how it sounds, then they’d start the students out slow and have them play parts of the piece separately

Being there was always the highlight of my day because I enjoyed learning about music let alone playing an instrument. The instrument that I played was the viola, like the violin but bigger and one different string. The best parts of being apart of the program were the places we’ve traveled for our concerts. We’ve been to many places: Mann Center, nursing homes, New Jersey, Kimmel Center, Baltimore, etc. We’ve even played with Sir Simon Rattle, a world famous conductor.

To show my gratitude for all the great times I’ve had and for the knowledge I’ve gained at POP, I’m going to assist the younger kids with their musical studies. The younger kids are the future of POP and if they get a boost of knowledge from an excellent young musician like myself, the outcome can be extraordinary.

Music is important because it is beneficial to the mind. Playing an instrument increases one’s intelligence, problem solving skills, enhances their hand-eye coordination, increases memory capacity, improves discipline, builds self-esteem, etc. In general, music is therapeutic. It can change your mood and can even change your entire worldview. There’s been plenty of tests and comparisons between a musician and non-musicians and they all end up with the musician having a brain that’s smarter and more active. It’s evident that music is highly influential!

Being a musician has multiple benefits and I recommend all non-musicians to play an instrument. If music generally can make anyone smarter, imagine the minds of people who have been surrounded by music since the beginning of their lives. I want to give the children in POP a jumpstart to benefit their futures. Not only will they be incredibly intelligent people, but they are likely to be living happy and calm lives because of how therapeutic music is. 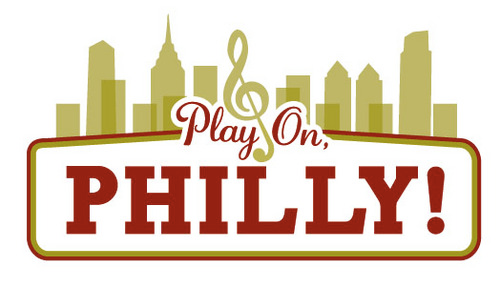 Ten plus hours a week you were committed like crazy. Ooh Kill EM. Alright I will stop messing around, but you should play your Viola in class. I love your mission it's inspiring and it shows you really care. I found maybe a few grammatical errors at most. You should have used a hyperlink or two though. I was unable to see your annotated bibliography, but I see a few sources at the bottom. If those are all of your sources you lacked the requirements of 7-10 sources.