Well, hello again. It’s me, Quinn Grzywinski, back for my English project YATW: a journey that began over 5 months ago, when we chose a subject of importance to us, and were to write three blog posts about it to raise awareness. For those not in the know and who haven’t read my previous blog posts, I recommend for you to check those now. My first blog: “Arbitrary Future” detailed the current situation of overpopulation and what it could mean for the possible future, along with statistics and predictions of the coming decades. My second blog: “Why I’m Wrong” focused around survey I sent to get data on how aware people were of overpopulation, and how much they considered it a problem. In spirit of the name, that blog mostly told of how unexpected my results from that blog were, and that people do know of overpopulation, so I consider that survey a failure seeing that it really didn’t pick up how much people knew about it. But it’s time to put those two behind us now, as I turn my weary opinion on overpopulation to here: my third and final blog. I’ll be talking about my Agent of Change project, a little about how the world seems to be taking notice, and making a final statement about, for humanity, what lies ahead.

Let’s begin talking about how overpopulation is being taken from various people and places around the world. And with any study of various options, it depends on who you talk to and who you listen to. If you listen to to Alexandra Paul: an environmental activist, the solution is simple.

According to her TED talk, she’s been interested in overpopulation since a young age, and for her, all you need is to educate woman, something that appears to be running trend for when I try to answer for myself how this issue can be dealt with. Something so simple, so simple perhaps it’s overlooked; that’s a mindset that needs to change.

You needn't even listen to Reuters: a global photography website, for they show you 14 haunting pictures of the overcrowded world, perhaps hoping that the seeing the issue face to face will have a greater effect. Personally, I urge to check out these pictures, they’re truly eye-opening and may really make you realize what overpopulation looks like. I don’t pretend to be an expert on overpopulation, it’s just something I became interested in, but I’d like to make a presumption on how overpopulation is taken by the public. If I may draw a slight parallel to global warming(though I think overpopulation is less widely considered); the problem isn’t that some people aren’t talking about it, it’s that we the media don’t listen to it. Why? Maybe because it’s scary. Scary to think that less than a century from now we could be caught up in a resource war, run out of wheat and bread, and have a planet of shouldering over 10 billion people. I don’t mean to be prophet of doom, but as I said in my first blog, it won’t be a gradual thing, it’ll be more like falling off a cliff. We need to just turn and face this issue, even though it might be frightening to talk or even think about, because no matter how much we deny it, it’s not going away. It’s getting nearer, and alarmingly fast too.

For my Agent of Change project, I wanted something a little more personal something that would get people actually interested in the issue. I couldn't have fundraised even if I wanted to, since I wasn't exactly sure which organization I would benefit, and even if the money I raised would actually be spent helping stop overpopulation. I didn't have anywhere in particular I could volunteer either, so the answer was to grab people’s attention and leave it to them how much they wanted to find out about this issue. I just needed to make sure the message was compelling enough.

The images you see above and below that I've posted onto this blog are snapshots of the posters I made for my Agent of Change project. The posters are hand-drawn, using images taken from the internet, with my own tagline to go with each of them, along with a list of links to check out. I made sure that the images I chose were either uncomforting or surreal enough to grab passer by's attention, and it took a lot more work than you would first think. Why posters? I just like the idea of instead of someone donating to a nameless charity and forgetting about it the next day, they would see these attention-grabbing posters, day after day, until they finally considered the message they were trying to convey.

I like to think that through both my survey that  was done for blog #2 and these posters that I have created, a small faction of people are more aware of overpopulation. I explained thoroughly in blog #2 how my survey was a failure; which also leads back to the presumption I stated above. I may have made people be reminded that overpopulation was, you know, a “thing”, but that was it, and it would soon leave their minds without the grim facts to keep them focused on it. So all in all, even as I made these posters, I felt like whatever I did, it simply wouldn't make an impact, and be in the end, purposeless. Maybe I shouldn't be over-thinking this, but even these blogs I doubt will make an impact on anything. I guess I really can’t get out of this somewhat depressing mindset, fortifying my final opinion on this project.

So what would have kept people wary of overpopulation for my Agent of Change? I don’t know. I wanted posters, something personal and attentive, but if I were to do this project over, I would want something with a bit more impact. Yes, seeing the posters day after day may have attracted a few curious peers, but seeing the short amount of time they were actually up on the wall, I doubt it. A redo would put the “Rueter theory” into effect, remember those photo guys which I mentioned? They showed without telling, letting the reality of overpopulation sink in through just a few photos. Surrealism is good, but I feel like using real life photos of the problem may have been better, and also, a longer duration of how long the posters were on the wall would have helped too.

Now I feel kind of bad. I’ve let this final blog post turn into some sort of grim rant on how nobody takes this issue seriously, the reality that the world will be extremely different in the next 60-80 years, and my own uncertainty on the impact of this YATW as a whole. Sort of a downer of a finale.

But maybe that’s for the best. I don’t want to act like this whole thing is no big deal. I don’t want to sugarcoat the facts, to leave readers with a “yeah, everything’s fine” attitude. Because it isn’t fine. These are the facts. I’m not going to hold back as I say this. Overpopulation is currently one of the greatest threats to mankind, and needs to be dealt with immediately. Not leave it to the next generation. Not wait 50 years. Now. This isn't going away. This isn't some distant horizon to look upon. The future, our future, is in our hands, and if we all act like it doesn't exist, it will tear our society and our planet apart.

This next decision is yours. 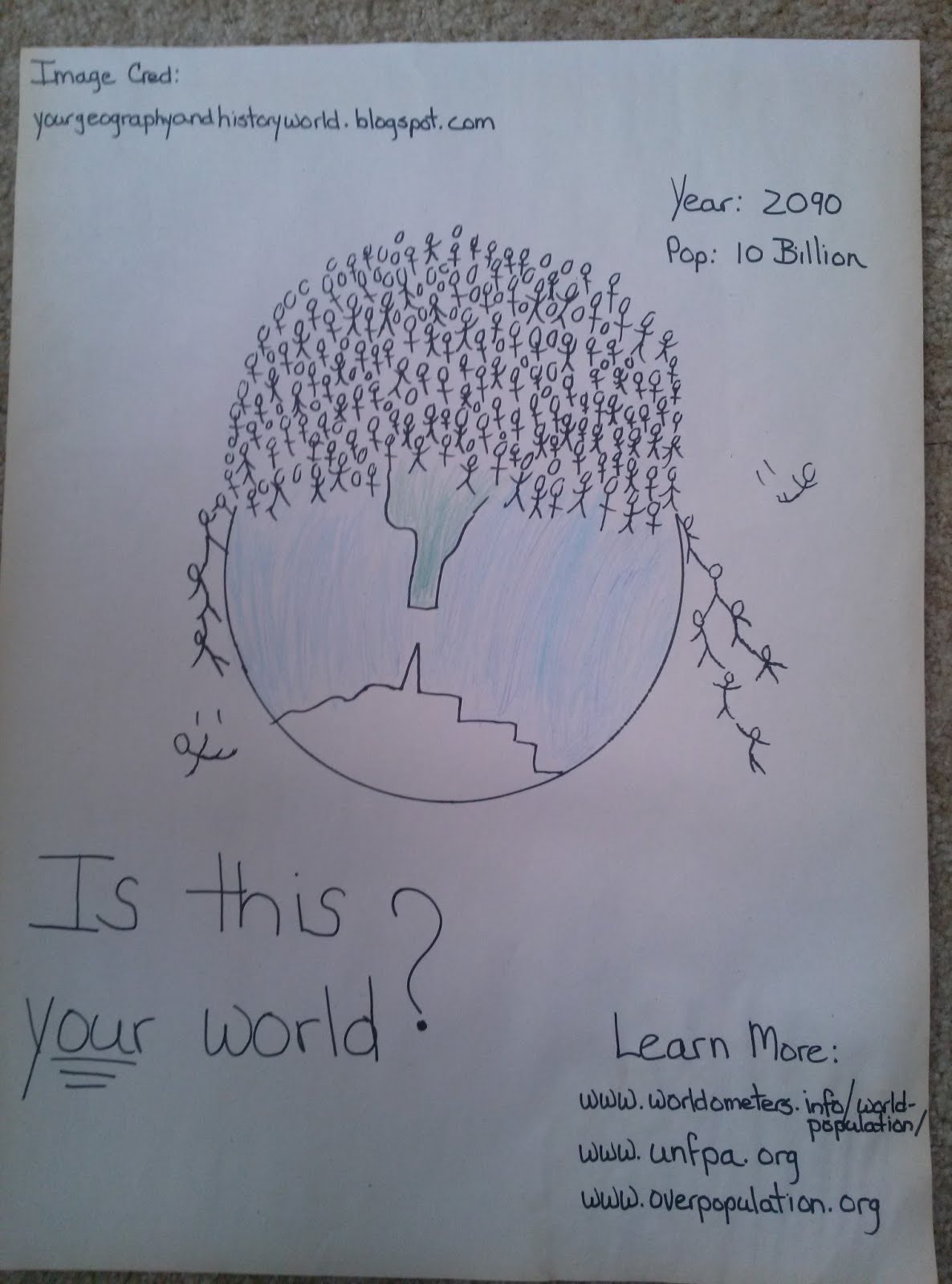 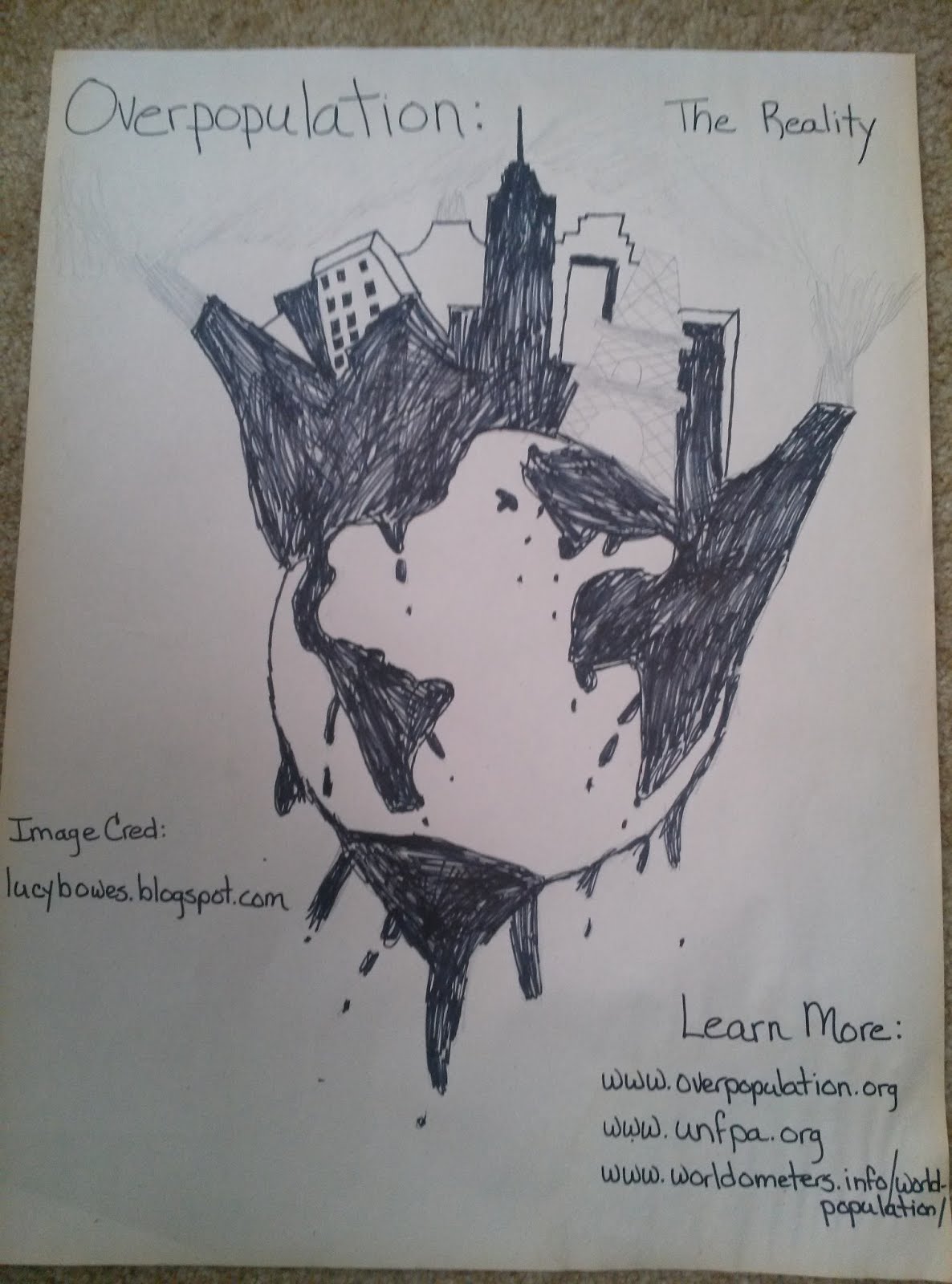