In English 1 in 9th grade, we were given an assignment to find an interest in current events and make a project on the issue that you choose. In the project we were to answer these questions: Why is this world issue important to me? How can I be a global citizen? How can change occur? I had so many different ideas flashing through my head but I finally chose one that is, in my point of view, very horrible. This idea has to do with man’s best friend, their treatment in the shelters and the list of animals that have been at the shelter for too long. Can you guess what my issue is? It is pet euthanasia. The killing of healthy pets just because there is no space for them in the shelter.

I’m sure that almost everyone has seen an ASPCA ad on their TV or on their computer. It usually pictures a sad and forlorn looking cat or dog and then they ask you to donate money towards the ASPCA to save the cat or dog’s life. 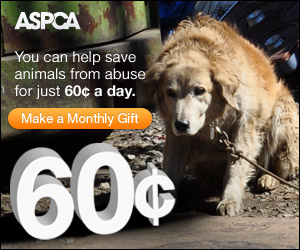 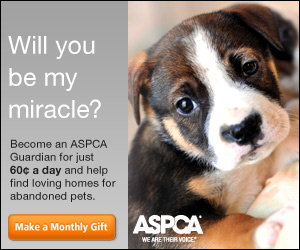 This is what pulled my heartstrings and made me think. I had just recently adopted a dog from PAWS (Philadelphia Animal Welfare Society) and when we were looking for shelters to adopt from, my parents would always choose the no-kill shelters to look at. I realized that no-kill meant that they have to keep all the animals until they are adopted. At “kill” shelters they have a list of dogs and cats that have been waiting for adoption for “too long”. Then they put them down. These shelters use euthanasia for the “unwanted animals” and the unhealthy animals. I understand why they would put the animals down so that they would be out of their misery. That is humane, but to call an animal “unwanted” only after 2 weeks, makes me think that they aren’t so humane after all.
At PETA (People for the Ethical Treatment of Animals) they claim that euthanasia is the compassionate option. They state that  “no-kill” shelters can’t keep all of the pets that come into the shelter. They believe that all the “unwanted” animals would die a horrible death on the streets, and that they can solve that problem with killing all of those “unwanted” animals or “unadoptable” animals

The Daily Beast has something to say about PETA. In one of their articles they stated “The organization (PETA) has practiced euthanasia for years. Since 1998 PETA has killed more than 17,000 animals, nearly 85 percent of all those it has rescued.” PETA’s reason for so many animals killed is because of overpopulation. But some people have said that overpopulation is just a myth. They think that they can find a home for all of the healthy animals that they have been killing. Since that being said, there have been some improvements around the country but no one has yet achieved the no-kill rate of 0. In case PETA’s position on euthanasia hasn’t been clear at all, here it is. “Every day in the United States, tens of thousands of puppies and kittens are born. Compare this to the nearly 11,000 human births each day, and it’s clear that there can never be enough homes for all these animals. Shelters are stuck with the heartrending job of dealing with animals nobody wants. Those who refuse to spay and neuter their animals, who abandon animals when they grow tired of them, and who patronize pet shops instead of adopting stray or shelter animals make euthanasia a tragic necessity.” They call their animals “animals that nobody wants”. There has got to be people out there that want a unique kitten with no tail or a dog that stands out in the crowd with 3 legs. PETA just doesn’t give the animals enough time to live. 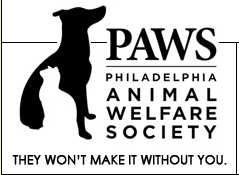 PAWS (Philadelphia Animal Welfare Society) is a no-kill shelter and they have plenty of shelters all around Philly that are clean and roomy, but not empty. Their animals are all waiting for people to adopt them. They only use euthanasia when necessary. Which for them is when the animal is hopelessly sick and not treatable. PAWS include on their website an about them page and on that page they say “All of PAWS’ efforts are privately funded and are aimed at reducing the homeless pet population, keeping pets healthy, and ending the city’s use of euthanasia as a means of population control for healthy and treatable pets.” They want to end the use of euthanasia and also help keep the population of homeless animals down. To me, PAWS does it all. They have foster parents, spay and neuter clinics, many shelters and if the animals have been at the shelter for too long, they put them on a special page where is says URGENT and the people adopting can usually name their price on them. People adopting tend to pick the smallest ones and the younger ones so they have a page for the “senior citizens” of the animals and if someone 65+ wants to adopt an older animal they get to name their price. There are plenty of other no-kill shelters in Philly just look it up online.

To wrap it up I have some questions that I hope answer by my next blog post. I wonder if there are any specific goals in any states in the U.S. about euthanasia. How can we change the fate of these poor animals or what could we do to help? I hope that I have given you new information for the day and that it was to some extent information that you wanted! Thanks for reading and click here for my bibliography.