As a Digital-Video student I wanted to incorporate the media part of my project by taking pictures of the sites where historical baseball stadiums were located in inner city Philadelphia. I wanted to create a slidedeck with old pictures while comparing them to the pictures I would take, adding in information about the stadiums history. I did extensive research on the history of the stadiums I chose and was able to get great old photographs to incorporate into the presentation making my initial plans a success. I hoped and succeeded in incorporating much of the statistical record I have amassed into the project as that has been my passion for much of my life. Being able to add these statistics into the project and to be able to highlight the great Philadelphia athletes of the past is always something I’ve dreamed of. I choose stadiums from the early to mid 20th century as I was able to highlight the Negro Leagues and how they played games. For the picture element, I found days in the week to go to the said addresses with a Dig-Vid camera and take the pictures of the site. Following the successful picture gathering, I began to amass the statistics to include on the slides as well as begin to write the outline to each one. Following the completion of the slides and the pairing with the pictures, I have worked on how to make a presentation that is engaging and really make it mean something. 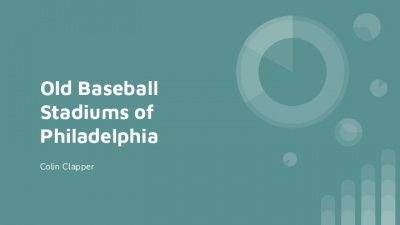 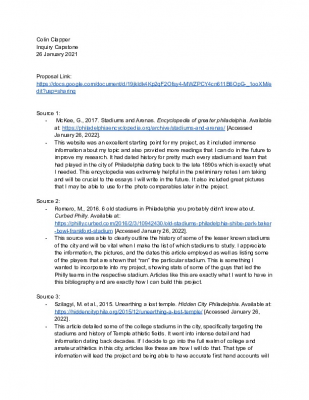