At The Enterprise Center (TEC) in Philadelphia, I learned about the importance of assisting small businesses, the resources TEC provides for those businesses, and how their success positively impacts the community around them. The Enterprise Center, located on 46th and Market, is a community development corporation, minority business development agency, and provider of access to capital and programs for prospective young entrepreneurs. Specifically at the department I interned at, the Retail Resource Network (RRN), we develop long-term sustainability for new, existing businesses to preserve job security, which results in externalized benefits.

One of the projects I helped organize and worked on was Philadelphia's carrotmob, which was held at West Phillie Produce in West Philadelphia. Below was the flyer for the event. 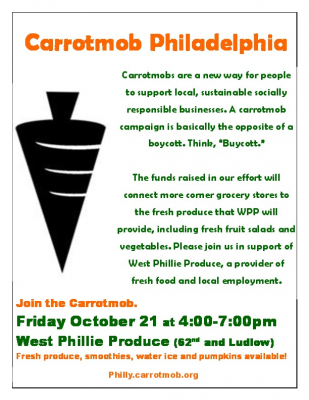 Posted by Daniel Quach in Science and Society - Best on Wednesday, November 9, 2011 at 6:20 pm
Link to Recipe and Analysis of Spicy Thai Fried Shrimp w/ Mayonnaise
Personal Reflections
Natasha Ashby -
"During this unit, I learned a lot about food. Now, I love food and to learn what I'm actually ingesting is very valuable. After watching the documentary Food Inc, I was informed on how the animals are actually treated. They were slaughtered and mistreated. I am not a vegetarian. However, after I was informed, I wanted to be. I wanted to eat healthier especially after finding out that a majority of the food I eat on a daily basis is processed. I originally thought that only fast food was processed but to find out that it is also food that we get from the grocery store, surprised me. Science and Society was able to open my eyes to the realities within the food industries. I am sure a lot of people are unaware of the situation with our food, and it is an issue that needs to be addressed.

The government is very powerful. While doing the chapter assignment based off the different topics in the food documentary, I learned about Veggie Libel Laws. Veggie Libel Laws gives industries the right to silence or discourage any critics from reporting anything that could not be backed up by scientific evidence. Regardless of whether or not food critics are seeking the truth, it comes with consequences. I personally think it still goes against the first amendment just because how can you make a law saying food critics, workers and just general citizens can not say anything bad about the industry or the process.

Our biggest problems within our food system is the secrecy and the ignorance. People really are not aware of what they are eating, cooking or feeding to their children. I feel like the food industries will continue to produce their food the way they see is most feasible towards making money. Money is a huge factor when it comes to anything in America. I would love to eat more healthier. I would rather eat at home than at a fast food restaurant, however I have to remember that fast food chains are not the only ones with processed foods. They are everywhere. I think if I could find more time to shop organically and cook my food more often, or for three weeks that way it will become a habit, it would definitely impact my food choices.  I am willing to commit to these changes, after I finish stressing out about making sure I have a future after high school."
Daniel Quach -
"The food unit will definitely be a component to education in Science and Society. This topic introduced new insight to my lifestyle, and surely ours, as it was geared towards focusing on the "Western Diet." I had never heard of this term before it was mentioned in our class, and it's a little shameful that other countries acknowledge this as how we Americans actually live our lives. Food Inc, the documentary we saw, went in depth into our ideas of daily eating habits, which disgusted not only me, but evidently my peers as well. This opened my views on healthy eating, since I realized that as long as you live in the U.S., most, if not all of your food will have been processed, tampered, and ultimately unhealthy for you. This is where our class focused on organic food, where we read a few articles and The Botany of Desire to gain a little more perspective to how our food can potentially be grown better for the good of the human body.

We are all responsible for making the world a healthier and hunger-free place, which is why many of us, such as Kevin's mother (Food Inc.), push to improve the quality of our food. Though we all know that the prime motivator for creating food is cash, it is possible to change the way we eat. The decline of the tobacco industry is a good example of what can potentially happen to our food system today. We push to inform others that the food we eat is unhealthy for us, giving us diseases such as diabetes and cancer, so that hopefully the higher-ups will do something about it, just as they did with surpressing advertisements of tobacco. However, just like tobacco, we are dependent on the food we eat. There are still many problems we need to solve, and this class has definitely shown both sides of the argument that though processed food is bad, it's necessary."
​Works Cited (also within link)
http://dippykitty.hubpages.com/hub/Do-You-Eat-Too-Much-Sodium

http://coststudies.ucdavis.edu/files/lemonvs10.pdf
Posted by Daniel Quach in American History - Herman on Friday, June 3, 2011 at 7:33 pm
Anwar Abdul-Qawi and Daniel Quach presents the history of Walt Disney, his company's legendary motion pictures, (in color and sound!), and how his imaginative, world-renown figures came to be.

Link to our Prezi, along with videos of Disney's various works, can be found here: http://prezi.com/2hthk2eyu36w/the-history-of-disney/
Posted by Daniel Quach in Physics - Echols on Thursday, May 26, 2011 at 4:09 pm
​The Xylophone
The xylophone produces sound through force hitting the bar, where the vibration travels through the bar and into metal tubes called resonators. This is why the xylophone looks like it contains a vertical counterpart similar to the actual wood keys. These are important characteristics in a xylophone. To change the pitch, you strike a different key, arranged in octaves like a piano.

I intend on using an old computer frame stand as the base of my xylophone. I would only create one full octave because the frame is not as large as others, and the keys and bars would be made out of polished wood. For the resonators, it would be ideal to use metal pipes, but I would like to try using wood or plastic (PVC) to see what happens. I will play my instrument by using a mallet and hitting on the keys. I would use my time at home and Engineering class to build my instrument.

A lingering question I still have is: How will I separate each and every key while having it suspended on the computer frame?
Posted by Daniel Quach in Physics - Echols on Friday, May 20, 2011 at 5:42 pm
​The Xylophone
The xylophone is part of the percussion family, where the user is required to use rubber or wooden mallets to hit pieces of wood varying in length. This instrument is styled much like the piano, where the lower notes are positioned towards the left and become higher as the notes go to the right. It also has bars for flat and sharp notes, positioned at the top in sets of two and three. To change a note, you would hit a specific bar of the xylophone, and each key will be different, since it is of different octaves.

This makes me think about how I can create sound because though I am not trained in playing the piano or xylophone, I still know how to follow a pattern or rhythm. Some connections I can see of this instrument and waves is that the frequency and wavelength of each octave can be varied and played in a pattern. According to Google, the definition of an octave is "A series of eight notes occupying the interval between two notes, one having twice or half the frequency of vibration of the other."

How to Play "Happy Birthday" on the Xylophone
Posted by Daniel Quach in American History - Herman on Sunday, May 8, 2011 at 5:27 pm
​PREZI - American History: Persian-Gulf War

By: Anthony Torrance and Daniel Quach
Posted by Daniel Quach in American History - Herman on Thursday, February 24, 2011 at 10:51 pm
A full profile of the political, economic, military, and social sectors of Algeria. Algeria is one of the many countries involved in the Middle East Revolution - the 2nd to enter. 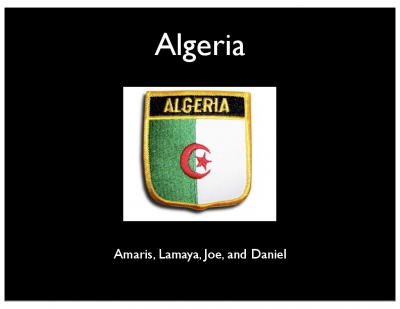 Posted by Daniel Quach in American History - Herman on Monday, February 14, 2011 at 2:39 pm
​This is the link to our Prezi, which we made about the Glass-Steagall Act. This act created the FDIC, or the Federal Deposit Insurance Corporation. 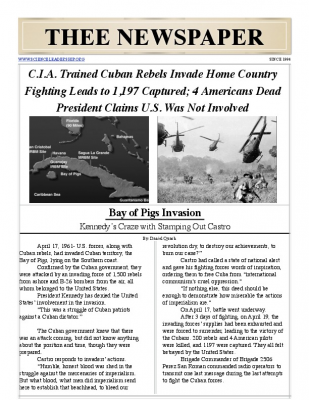 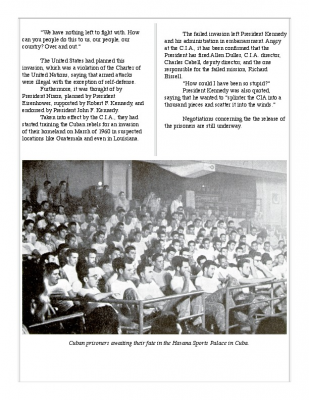 Posted by Daniel Quach in American History - Herman on Friday, November 5, 2010 at 9:29 am
http://prezi.com/i0why4hppuoz/sweet-home-philadelphia-bm1/