In my previous post, I discussed what problems happen often with police mishandling situations, and what programs we can implement to help stop police brutality. This is a very big problem that has a lot of media attention already, unfortunately because of the people who lost their lives at the hands of police. We see this primarily with the Black Lives Matter movement and I see a lot of people raising awareness over social media. An interesting website I found called Campaign Zero, is a national organization which focuses on stopping police brutality by pushing to pass legislation to create anti brutality laws. They also find solutions to police issues and organize protests. Another website that I found is Dream Defenders. They are based in Florida and believe in creating our own programs to uplift our communities instead of relying on the police. I think these kinds of organizations are the most effective way of making positive change, by really acting on the issue. While being educated is a great step, not using that knowledge to act on a problem is not as helpful as it could be. So this organization is a great way to act on the issue. On raising awareness, I think social media is the fastest way. This could be a problem though because sometimes false information is spread around. But usually I find that it’s a good way to bring attention to a cause. My agent of change was creating a website that educates the reader more on my topic of police brutality and provides sources to how they can help by donating or signing petitions. I decided to share my website in three ways.The first way was by sending out an email to orange stream. Second, I put it on my instagram page in my bio, and lastly I posted it on Padlet. My experience creating this was good. I enjoy making websites so this was a more enjoyable project for me. I was effective in making change in the way so if someone decides to view my website, even if they decide not to donate or sign petitions, they will at least be educated on how we can stop police brutality.

I learned a lot during this project. I learned a lot about police brutality in general, and it’s terrible effects. I also learned about the big question; how do we stop police brutality? I hear frequently “defund the police” and “police reform” but not actually how to do this and what steps to take. And I’m happy to say I learned a lot of ways to do this properly so that communities and people get the support they need. I felt like researching this was my point of pride in this project. It really is a really interesting topic thats so important. What I liked seeing in other people’s projects is what interested them or what they’re passionate about. Just their choice in their topic alone is interesting. What I felt that I could do better is time management. I struggle at many points to get it in on time. All that is left for this project is hopefully more people click the link to my website so they can learn more about how to stop police brutality.

Police brutality is an ongoing problem in America. Recently, we’ve witnessed more and more tragic examples of this with people such as Nicolas Chavez, Patrick Warren Sr., and here in Philadelphia, Walter Wallace Jr. This is such an important issue because of how much harm it has caused. It feels like almost every day we hear about another person who was killed by police. My focus on the subject is police reacting to mental health crises, and how we can prevent harmful situations.

The question is, how can we stop this problem? A shocking demographic shows that “People who have untreated mental illnesses are 16 times more likely to be killed during a police encounter, and those who have an untreated severe mental illness are involved in up to half of all fatal police shootings.” An incredible amount of people are hurt and even killed in police encounters that are meant to save them. A possible way to help fix this problem is through health care workers working with police. Many areas have begun using this method. One example is a program called CAHOOTS in Eugene, Oregon. This program has been around the longest, for 30 years. This program has been the inspiration for many others.

A CAHOOTS bus in Eugene, Oregon

But what do these programs do? These programs implement a very nonviolent approach that has been saving countless lives. For 911 calls about mental health crises, officials will send a trained professional to defuse the situation and get them the help they need. These health care workers will be unarmed, and in cases of possible violence, will be sent with a police officer. They will also respond to calls on smaller things, such as a homeless person in need of help, clothes, etc. In New York City, they will also be implementing this method in the two neighborhoods with the most calls related to mental health crises. “Making healthcare-only teams the default response will reduce the number of times police respond and ensure that people get the physical and mental health care they need quickly.” This can be beneficial for everyone, including police, who can focus on real crime.

Why are police not handling these situations properly? “A 2006 report from the Justice Department found that police officers typically receive about 111 hours on firearms skill and self-defense — but just 11 on cultural diversity and human relations, eight on community policing strategies, and eight on mediation and conflict management.” This is a problem. Police spend their time training for fighting, but not nearly enough in other subjects like racial sensitivity and handling mental health crises. When a police officer is in a potentially dangerous confrontation, their racial biases emerge and this often causes harm to innocent people. “This doesn’t speak just to how little police are trained to handle racial bias, but also all sorts of other situations they take part in — mental health crises, interactions with the LGBTQ community, and domestic and sexual abuse cases, as a few examples. Police just aren’t well-trained to handle a wide variety of sensitive, difficult areas.” In addition to this, why should police be the only resort for any problem? Police should be meant for real crime and violent situations. “We should be asking ourselves why it is that law enforcement has become the default system to handle situations related to mental health, addiction, poverty and homelessness, and what public safety should really mean for our most vulnerable neighbors.”

Researching this topic has taught me how much of a problem police brutality is in America, and how much mental health crisis situations are mishandled. The reality is that police aren’t trained for defusing situations that are non-violent or have to do with a psychological episode. Nor is this the intended function of the police. This is why we need programs such as CAHOOTS, to handle these situations so that they can stay peaceful, successful, and beneficial for everyone.

In this discussion we talked about what happened since we last met, Our predictions for the future, and what songs we thought correlated best with the book. We read from “The Fall” to “The Fight”. 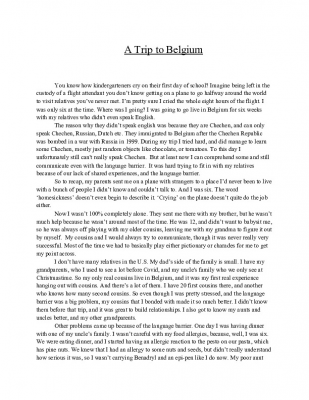