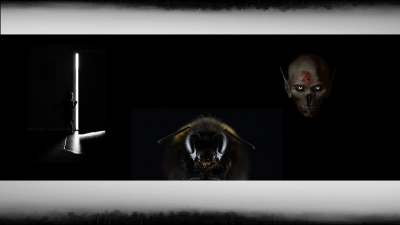 Based on the critiques I received I decided to make my slide have a little more light. The kid with the door was more than enough light in my opinion and after he was explained it seemed like others agreed, I just wanted to go with the first citiques I was given anyway. Researching before you even choose to began a slide it extremely important. I did learn the ¨One Slide One Point¨, but yet all of the images in my slide only adds up to one point. Others might say ¨No, it just looks creepy¨, that´s what I want! I want something that´ll attract your attention, also if they wanted to, the ¨One Point¨ could be creepiness or fear. I did research and not only did the website Zen say ¨One Slide One Point¨, it also says ¨Contrast the Rules¨, which I also tried to do. So something that I did learn is to be more clear when explaining my work.