For my capstone, I am doing is an essential drive for homeless teens in Philadelphia. Knowing how bad the statistics are right now, I wanted to help my community out. For the past couple of months, I have been telling my friends and families about my capstone and how I’m planning to step up in the Philadelphia community to help teen that are less fortunate. My friends and families have donated as much as $150 towards my capstone and they donated essentials like paper towel, tissue, soap, shampoo, and more. For the money I receive and continue to receive, it’s going to towards to more essentials due to the face there are a bunch of teens that are in need. What I did was I went to BJ’s and Walmart where I bought a bunch of stuff that was listed on the email that the organization have given me. Everything was hard when the capstone was first introduced because I didn’t know what to do but after I had my first idea (Clothes drive) I soon began to realize that it wasn’t going to work out. Then I quickly turned to an essential drive because I knew it was going to be much easier and more useful. Throughout this project I want people to learn that they can be the reason why we can make a change in the Philadelphia community. 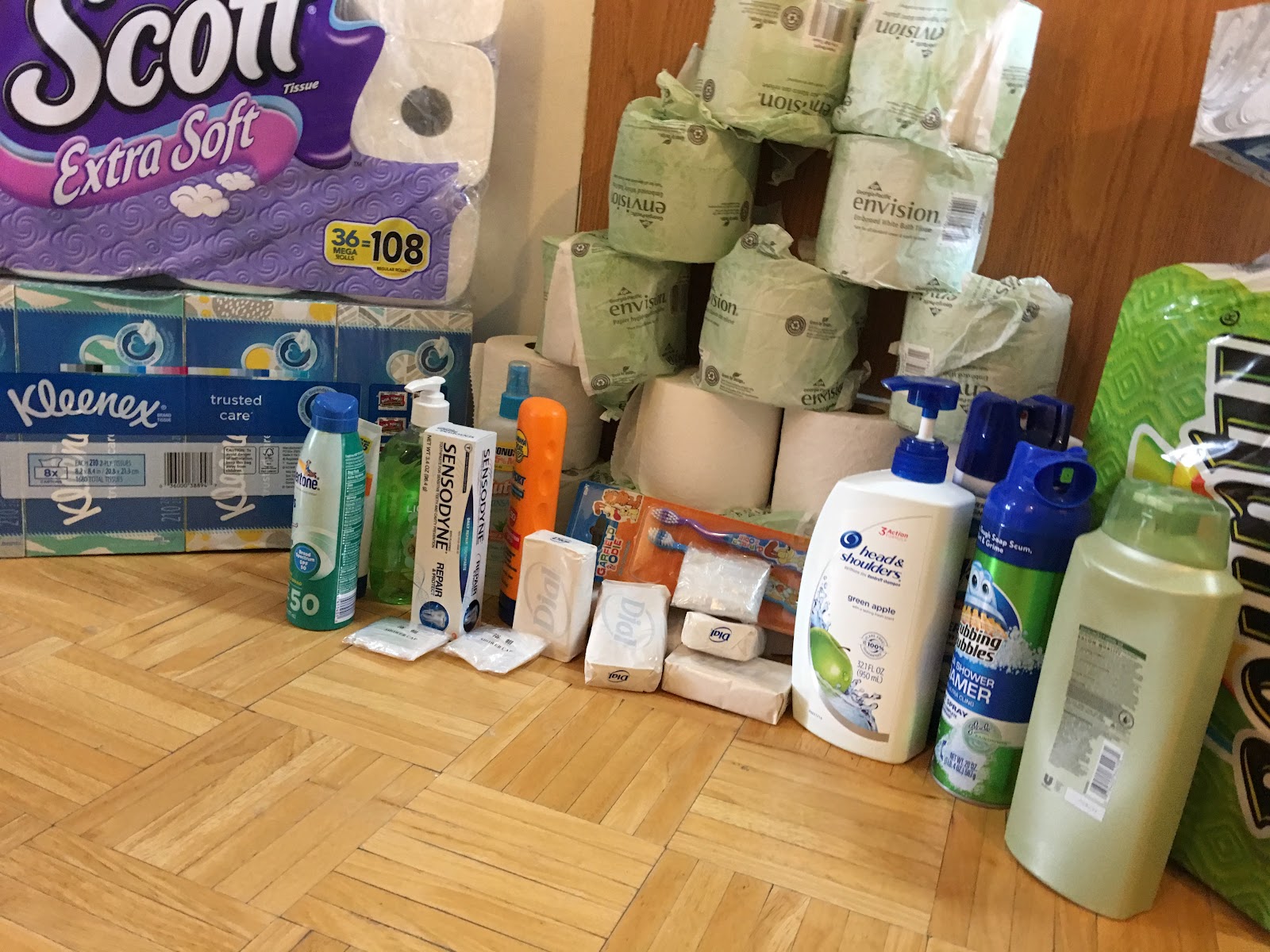 There are about 570 teen ages from 13 to 25 who were counted as being homeless. Nearly 30% of them has been in foster or been in a juvenile justice system. 78% of the teens graduated high school or they received a GED. For females teen more than 3rd of them were a mother or pregnant. These are the main cause on why teens are considered being homeless. There has been solutions to end teen homelessness which was led by Chapin Hall, who led ‘Voices of Youth Count.’ Philadelphia is the 22nd cities who was teamed up with Chapin and his efforts on ending it.

In Philadelphia, about 400,000 people were living below the poverty line in 2015. In 2016, about 42 youth were found living on their own, no housing, no shelter. Teen homelessness is very serious in Philadelphia, every 1 out of 20 high schooler in Philadelphia has experienced homelessness. It’s gets worse, when child that are in foster care right now because when they get out of the system they will about 42% of the children that will become homeless. Teen homelessness has raised during the past years because the Philadelphia Covenant House (PCH) “doesn’t have the right service to meet the need.” How this is being used in my capstone is I can tell people the reality of teen homelessness and make sure people are aware of this issue.

One out of every twenty school in Philadelphia has been homeless or has been kicked out of their home or they were run away. Due to the fact they are homeless the chances of them dropping out of school is high which can lead to being unemployed and will be homeless when they turn into an adult. People need to step up and be aware about this issue in Philadelphia. There has been data about ‘Youth Risk Behavior’ and it’s about behaviors during childhood and early adolescence. It shows that the teens will turn to “alcohol and drug use, tobacco use, sexual behaviors that leads to unintended pregnancy and infections, and etc.” People should be informed about this issue and they should promote positive well-being for this vulnerable population. How I would use this towards my capstone is I could use the data and show what teen homelessness can lead them into.

There are many reason to teen homelessness it can be from, runaway, abuse, rejection, systemic issues, and foster-care where the system basically forced you out of the foster when turning 18 years old with little to no support. In 2014 youth homelessness were at large, 66% of teens stayed with friends, 22% slept outdoors, 8% at shelters, 2% subway station, and the other 2% are other. In 2014, 31$ millions were going towards homeless care program, but only $1.1 million were actually used for them. It’s hard to find teens that are homeless because they blend in with everyone. Most of the teens don’t like being called “homeless” because it just makes them feel some type of way, so they just hide it from people. How this will help my capstone is I could pull quotes from this article and use it for my presentation.

Voices of Youth Count (VoYC) is a national initiative designed to fill gaps scale of youth homelessness. They have been faced with runaway, unaccompanied homeless, and unstably housed. With the Voices of Youth Count, they are trying to end/ prevent this issue (youth homelessness). What they value is “transparency, integrated use of consistent, rigorous and mixed research methods, openness to broad community participation, authentic blending of diverse perspectives, and commitment to relevance.” How this will be helpful for my capstone is I can use this information for a slide in my presentation and explain how many people has already stepped up to work on this issue and what they are doing to fix/ find a solution to this.

The YSI Youth Service INC mission is to help children and families in Philadelphia, where they offer accessible quality services to at-risk children and families. They are dedicated to strengthening family unit, helping teens, and child safety. For over 60 years they have upheld a tradition of excellence, dedicated to meeting children that are in need and for families. They are also a non-profit organization where they don’t make money from this. How this will help my capstone is I can give away some clothes that I’ve saved up that I don’t wear anymore and items to them, knowing that it’s hard for them I want to at least make them feel they got a helping hand.