Throughout my life, I witnessed animal abuse through many aspects. For example, commercials, infomercials, videos, pathlets, and movies. I have also noticed animals injured throughout my neighborhood. I see glimpses of cats with no tail, walking without a leg, and ears chopped off. Before I walk over to them they run away because they are afraid of what humans can do. Luckily, some people have gathered together and formed shelters and fundraisers to help animals in need. In my experience, My father and I used our cat box and fixed it with a heating pad. We built this for a cat to survive the winter who was occasionally at our house. We have helped this cat many times by feeding it and giving it water.

For my “You and the World” I chose to focus on Animal abuse. I decided to go on further with trying to help animals and the “You and the world” project is a chance to get motivated and have a visual of what I should be expecting. It will also give me an insight of what I will be dealing with if I continue with this activity. I mainly chose this topic because I have seen many animals abused and injured and I could not help, but now I know I have a chance to help make change. The average amount of abused animal is growing each year. Approximately 7.6 million companion animals enter animal shelters nationwide every year. Of those, approximately 3.9 million are dogs and 3.4 million are cats. 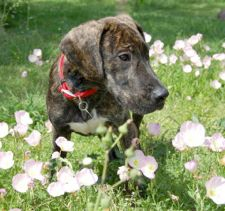 Whenever veterinary surgeons see cases of “non-accidental injury” in pets, they know that there’s a serious risk that humans in the same household could be at risk of similar injuries. The second way that animal cruelty has serious consequences for humans is a phenomenon known as the “erosion of empathy”. It’s been known for some time that most serial killers start their murderous careers by killing animals: Jeffrey Dahmer impaled the heads of cats and dogs on sticks. The self-named Crossbow Cannibal from Bradford was reported to keep large lizards which he fed on live rodents. Cruelty to animals is the first step; once this moral hurdle has been stepped over, it’s much easier to be cruel to humans. It follows that if animal cruelty can be prevented, or stopped at an early stage, assault and murder of humans will also be prevented.

Animal cruelty is basically when an owner hurts an animal or does not care for an animal responsibly, like not giving a dog or cat food and water. It is against the law to be cruel to or harm animals, even your own pets. It’s also called animal abuse, or neglect. Animal abuse is important for people to know because people need to understand the importance of keeping animals safe. If people see animal abuse, they should know not to stop the abusers, but to call for help. It would be very dangerous to stop the abusers alone.

I wonder if people knew when they how they animal felt when they are injured, would they stop? How do people get the idea to hurt animals? Do abusers hurt animals for enjoyment? I hope I learn more about why people make these choices and why they do it.

When I saw Lincoln I really wondered how people could do this a poor dog. Are people really that cruel? " He was tied to a stake and used as bait for a Pit Bull." I don't understand why people would do that. Are they really that sick that they enjoy stuff like this? I remembered how they used to have dog fights where they would put dogs in a pen, bet on them and let them fight til he end. This unnerves me because dogs don't deserve this. Sadly it's not only dogs too. Maybe in your future posts you could do other animals and not only dogs.