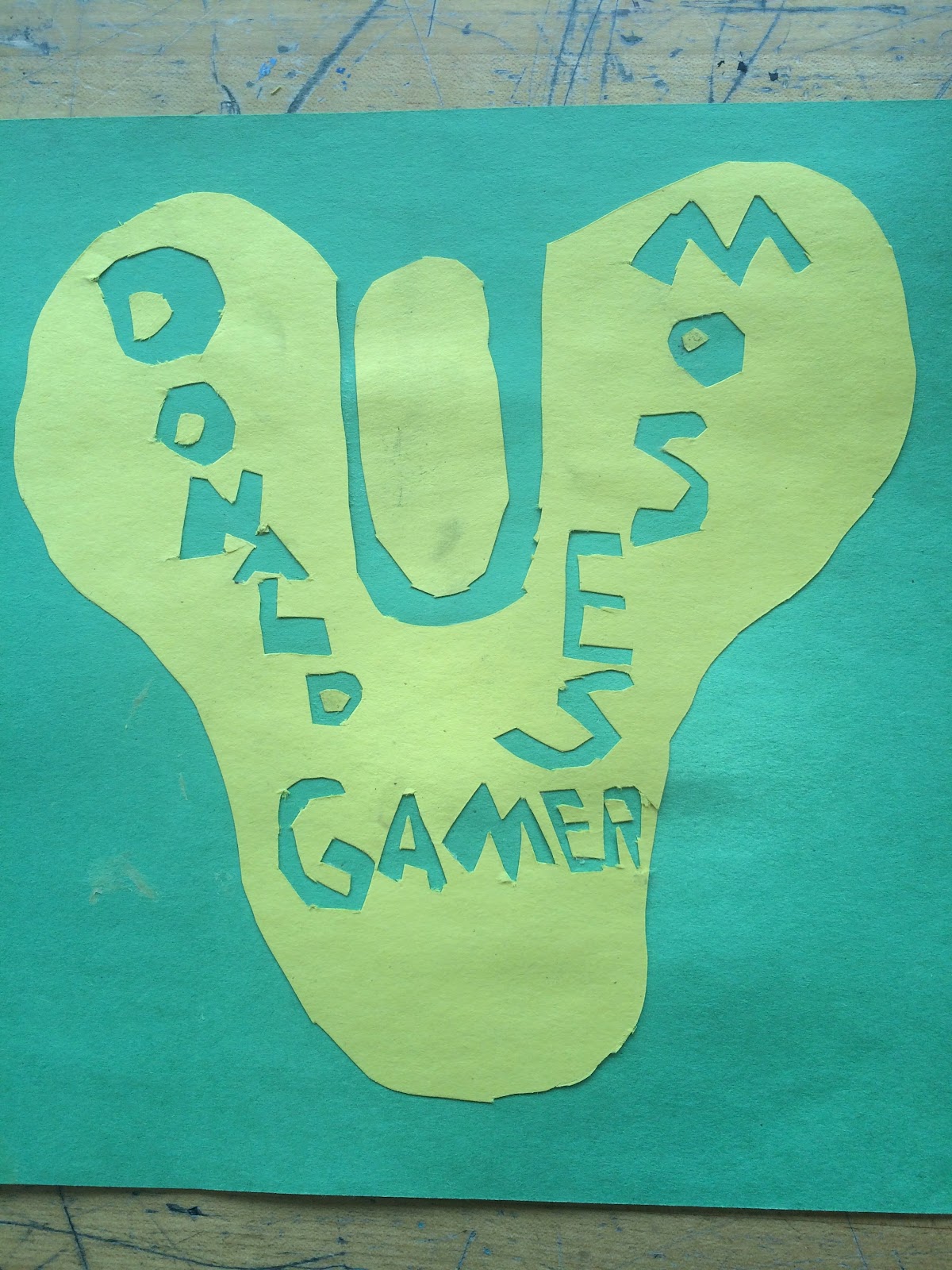 (NOTE): I finished my stamp before it was assigned to glue the cut out in our art books on May 8th 2017

This stamp symbolizes me as I play a lot of games at home. The stamp I made uses the Destiny symbol which is the game I play the most of at home on the PS4. Inside the symbol I wrote my name on the ends then the word Gamer in the middle-bottom which is the word I chose when I brainstormed ideas. Some words that I listed down on my brainstorm are intelligent, tall, strongish, and quick. The brainstorm was to help us figure out what we students wanted to do for starting designs. After the starter designs I chose my gamer design to be my final design as it was more symbolic to my personal self and not my school self. Negative and positive space is important especially when making stamps as positive or negative space will be covered in ink to make the image that whatever other space makes. It’s also important to make sure you know what space is which of the image as if you use the wrong space the stamp won’t look right when you use it. I used negative and positive space by cutting out the letters I used to make my name, and word chosen from my brainstorm as part of the background. I kept the inside part for my letters O, D, and tried to with A as part of the actual image. To truly understand negative space you have to look at the image itself then do the same with the background as you don’t know what the actual image was supposed to be if it's confusing. Trying to put the inside letters was a problem as it was hard to get it to stay on its own and I had to use the cutting knife to keep it in place. A mental problem was just the nervousness of not ruining the cut as I was cutting it. Well what I learned about positive and negative space along the way is a tricky thing to answer. If you mean by this week then no, as a whole through the entire quarter up to now I learned a lot of negative and positive space from how you can use it to make 2 images into one frame. Also how you could just use the background to give pictures details without all the lines and colors.