Create a script to describe that slide. Why did you make the slide look the way it does? What influenced your decision making? Use new vocabulary from the websites to write this script.

The reason why I chose to make my slide the way it is, can be for many reasons. But the main reason why I chose to include the quote and the picture is because I want to inspire people who read this. You see, I play this game called "League of Legends.'' I started the game 3 years ago (October 22, 2012). I fell in love with it and wanted to get better. I was inspired by many of the famous Pro-League players and I wanted to become the best player in my area. I was driven by the inspiration that was given to me due to my discovery of the game. I want to be the best that I can of the game and I still want to, after years and years of practice and determination I am almost there to where I want to be! I want people to understand that only losers give up and winners always try no matter how hard they've fallen! Don't let your dreams be in your head, make them real for others to see! 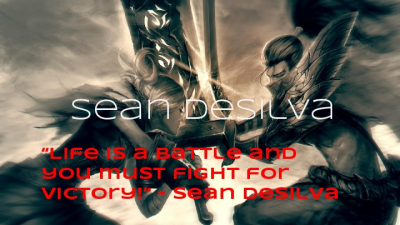