Bonds that can never be Forgotten

You are standing outside of the large auditorium at the entrance to school looking for your friend. You are waiting and hoping that that person’s bus is just late, and that this won’t be another day when he doesn’t show up. Another day when you wander the halls, hoping to see his face peeking around the corner. Your eyes look over all the students trying to find that one person you could catch with one look. Then the first sound of the clanging morning bell rings and the teachers force you to go in; if you don’t, they will get mad. You linger, sitting at the doorway, hoping, waiting, staring at the door.

Finally, you make your way into the auditorium. As the assembly ends, you finally see it: the old ratty shoes with holes and that sweatshirt that needs to be cleaned. Giving a small wave the person you been waiting for since the beginning of the day comes in. Your smile grows and although it's a subtle nod, it floods you with a feeling of relief that it’s another day with someone who hates being in school just like you do. A person can’t change everything you are feeling, but this particular person can make all the feelings of dark matter go away, even if only for a few moments. No adult can change the friendship you share. You fight like siblings, but you both care so much about each other.

On a freezing Tuesday at the start of winter, that person you care so much about walks in with a look that can’t be explained, but the eyes full of pain are evident. You step away worried.  You say nothing and that same person flashes a fake smile to some other students, but you can’t help but be scared so that day you choose not to join and sit far away in the auditorium and cafe. During a lunch period a few weeks later, you find out there is some very difficult news you don’t want to hear. However, you listen as you should and this friend tells you that there is some abuse in the home, not anything physical but mental.

You know that this person’s anger stems from this family situation and it comes out with a fiery temper that can be very scary, but if you know why there is anger and where it comes from it changes the perspective of a person. Why is this happening? Why is there so much pain in the eyes of the one person you feel so close to? Why can’t you take the pain away? It’s not right for anyone to hurt your friend and all you can do is stand by their side.

A mouse will always be caught by snake if it chooses not to pay attention. That is what happened one day when I was told that my friend Nathan would be sent off to a camp/school for his anger problems. He would keep getting angry and he would pick fights with students but never got in trouble for his actions until the day a teacher witnessed one of his fights. It upset me that he chose to keep exhibiting the same behavior even after he got caught and it became clear that a punishment was not going to change his attitude. In the following weeks, Nathan would be out at least once a week. He used any excuse he could get out of school, including being sick, having to watch his younger sibling and even faking an injury.  I always knew he was a hard head but I didn’t see how hard it was until that moment. He would later tell me that he was going to be sent to a camp to help him deal with the anger find ways to express himself other than fighting. I asked him how long he would be gone for, but he never gave me a clear answer and we never bring it up again.  I quickly learned that Nathan would be the mouse and his drama was the snake that would catch him every time.

There were some bold statements we tried to make about the culture of the school. I found out later the real ways the school should have been handling certain things but that would be three years after Nathan left my life. I questioned why this person would be taken away from me. He was the rock who, at the time, I believed was holding me together. To me he was the friend who cared and the friend who would listen to the problems I had, which all seemed so small in comparison to what he was going through. I still hold him in high regard as a person and friend who has had an impact on my life.. Nathan was not perfect not even close to an angel, but he had fire that no one at the time could get out. Under that fire was some who wanted just to be heard and I was able to listen.

Nathan and I had bond that I felt and still feel could never be broken. My relation was like a character from The Things they Carried. The character was named Rat Kiley who told a story about a letter he wrote to a fallen soldier sister to tell how great the soldier was as a friend and person. The difference in this story is that this story is not a letter but the idea of what is written is the same.  At the time I was going through a lot just like he was at home. There was never abuse like the way he had but stress I could feel. I was very unhappy life to me was not going well.  I will never feel different from what he gave me was joy to be a friend. He stood by my side and I stood by his. His actions and reactions did make our stand against time. We would not be physical friends for long but he would stand in my memory for a long time.

You don’t wake up one day and say that person is going to impact the way your life is. That is impossible. But as humans we do look back a lot more than people believe. There is a sense of specific events that are woven together to make us who we are. When flashing back into the past Nathan is one of the first choices who impacted a life that is not perfect. 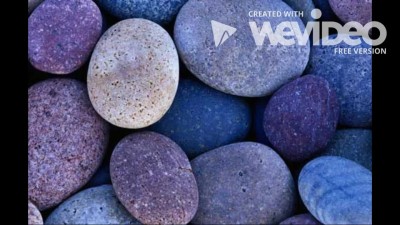