Posted by Candace Blocker in Sexuality and Society in Literature - Dunn on Sunday, December 9, 2012 at 9:48 pm

The themes I used for this was Forgiveness and Acceptance, Private vs. Public self, and a little of Judgement - societal + individual. The way I went about presenting this was I did a video montage to music and a photo essay combined. I tried to incorporate the color red in a lot of the pictures to show a connection between The Scarlett Letter. During the beginning with the pictures I used a song called “Half Of Me” by Rihanna and it explains how she only shows the sides she wants to show, but not everyone gets to see all of her which is where the Private Vs. Public self comes in. I tried to combine her private and public life by putting a mix between her more calm family photos and then some pictures of her being a little more "wild". Then during the video sequence my first video of Rihanna talked about how she felt about Chris Brown after he physically abused her and how she felt and handled it, but also, how she went back and in the second video she talks about how she was more concerned about him, how he was doing and how she was more concerned about how the public would judge him. In those two videos the themes Forgiveness and Acceptance and Judgement - societal + individual both tied in and that’s why I had to use that last theme so that everything would make sense. I automatically knew who I wanted to focus this on as soon as I knew what our project was on. The process was fairly easy because i already knew the direction I wanted to take this in because of my love for Rihanna I didn’t have a problem coming up with my pictures and videos. The hardest part was trying to make sure it was clear to everyone and not just me. Another problem I ran into was how I could show the themes I used without making it seem like everything was all over the place. I tried to make it as clear and understandable for my audience as possible. The one thing I would change is how clear my videos came out because for some reason they seemed to be a little blurry on my laptop. I’m glad that I worked alone on this project alone because I got to do things my way without asking someone else if they wanted to do this or do that but instead I just got to do what I truly wanted and what I knew I could make into a great project. If I could do this whole thing over again I wouldn’t change anything. I enjoyed doing this project so much! 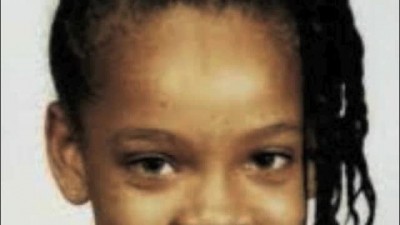