Not only is this meal extremely tasty it is also very healthy. With the only ingredient that I think is processed is the 3 blend cheese, every other ingredient on here is completely natural. This is an easy to make meal with all natural ingredients and while none of these ingredients are organic they are still better than eating processed foods.

Now while meat is somewhat of a no-no from what I learned was poultry is the healthiest choice of meat to choose from. Chicken is an excellent source of protein and isn’t a red meat so the risk of cancer and obesity goes down my a significant margin. And since it’s not processed that adds more points to the healthy factor. Let’s look at the tortilla bread next. The tortilla bread I am using is all flour and whole wheat making it completely natural. Also thanks to it being whole wheat it’s way healthier than buying white tortilla bread which is sometimes processed to make it look white. To add a bit more health benefits to the dish I decided to add all natural vegetables . Green bell peppers are a great source of vitamin C, onions help regulate blood sugar to a safe level and mushrooms help combat chronic diseases. The 3 blend Mexican cheese is with pasteurized milk which makes it the only thing on this list thats processed. The only health benefit the cheese has is being low in cholesterol and sugars.

I’ve learned a lot about food this unit, especially about the western diet and how it affects humans. I always knew the western diet was little worse than everyone else’s diet, but didn’t know it was worse than what I thought it to be. I had no idea some of the top leading deaths in America were diet related and it shows how bad the American diet really is. Another thing I noticed was that there are more obese people in the south than any other part of the country. This is due to the amount of meat they eat which I learned is in correlation with cancer. 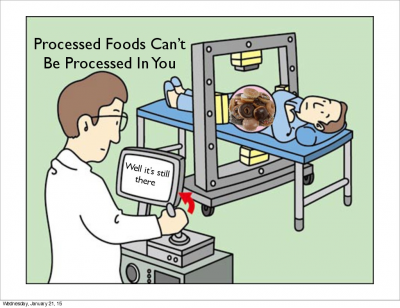