Posted by Klarissa Hudson in English 1 - Dunn on Monday, May 14, 2012 at 8:45 am
There are many issues and problems in the world these days. Some are recent and some have been going on for years and generations. There’s starvation, abuse, trafficking, abduction, global warming, etc. All these issues and many more are hurting and killing people around the globe. It has to stop and has to change starting with someone to stand up and say something.

So we all have to pick an issue to write about that we want to change. The issue I want to focus on is corruption & censorship. Both are connected and worldwide issues happening sense the beginning of time. People are changed, frightened, affected, killed, abused, misled, and hurt because of these issues. Has anyone ever even tried to stop corruption in jobs, education, homes, and government? 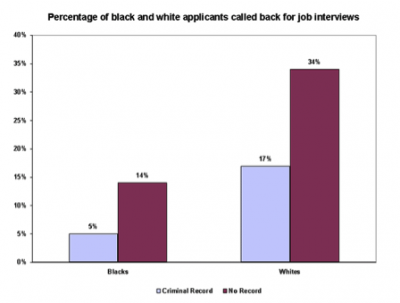 The harsh truth of how some jobs are corrupt in the way they hire people.


-So for those of you that want easy definitions:

Corruption is basically when others, a place, an object, a belief, or television changes people.

Censorship is just when something is blocked off to someone based on their age, gender, race, etc.

-For those who want detailed and brainy definitions:

Corruption is spiritual or moral impurity or deviation from an ideal. In economy, corruption is payment for services or material, which the recipient is not due, under law. This may be called bribery, kickback, or, in the Middle East, baksheesh. In government it is when an elected representative makes decisions that are influenced by vested interest rather than their own personal or party ideological beliefs.

Censorship is the suppression of speech or other public communication, which may be considered objectionable, harmful, sensitive, or inconvenient to the general body of people as determined by a government, media outlet, or other controlling body.

It’s amazing how corrupt minded people censor others knowledge so they think that polluting the earth is okay.

State secrets and prevention of attention

Many think that corruption is awful and censorship is moral. The thing is, both of these are decent and terrible. Nothing is ever all good or all bad. Food is fine if you eat the right ones and the right amounts. If you eat too much or the wrong ones then it becomes a problem.

Corruption is unpleasant if it hurts others but all right if it’s to protect someone. Censorship is fine if you’re keeping 5 year olds from watching adult swim but it’s dreadful if you’re taking advantage of being able to censor something. Why isn’t censorship enforced all the time? Why do some parents use too much censoring?

Some say this is wrong and not decent. Is it really?
This shows how some people use sneaky corrupt ways to get what they want not caring about the one person hurt by it.
The world is so corrupt and censored these days that everyone thinks its okay to throw everything in the trash not realizing where it goes.

I really like the way you broke things down into list function for easy reading. Great job and I look forward to reading more!

I notice that you seem to have more definition wise instead of like real life stories or other things that bring out the topic more. I wonder how you found this topic and what made you interested in it. What if you look more into and see what other detail you can add to make it more interesting.

I notice that you seem to have more definition wise instead of like real life stories or other things that bring out the topic more. I wonder how you found this topic and what made you interested in it. What if you look more into and see what other detail you can add to make it more interesting.

I noticed how informative you were. It's incredible! I definitely learned a lot about corruption and censorship. I wonder what specific cases you could find from victims of this issue. What if you took the time to define the different types of censorship and corruption, rather than just naming them? Overall. however, great job!