Posted by Zoe Siswick on Tuesday, August 15, 2017 at 3:55 pm
​Girls soccer tryouts and practice begin next week!
We will meet Wednesday, August 23rd and Thursday, August 24th at 1pm and Friday, August 25th at 9am at 31st & Chestnut.
Please bring water, shin guards, cleats and an up to date PIAA physical (or plans to get one soon.)
Contact Coach Siswick at zsiswick [at] scienceleadership [dot] org for more information.
Posted by Zoe Siswick on Friday, May 12, 2017 at 9:23 am
Congratulations to the softball team for making the first round of playoffs. The girls take on Roxborough this Monday, May 15th at 3pm at McDevitt Recreation Center (3531 Scotts Lane.) Come support our Rockets!
Posted by Zoe Siswick on Thursday, April 20, 2017 at 10:27 am
Rockets softball took him a hard-fought win against Saul in the bottom of the fifth yesterday. Trailing the entire game, the Rockets went into the fifth and final inning knowing that they had to hold their defense and then have a strong at-bat in order to come out victorious. It was a daunting task but pitcher, Tia Roberts, and her defense held the Razorbacks to a one-hit, one-run inning. They went into the final at-bat down nine runs.
Gabby Cromley led things off with a single The Rockets quickly progressed to bases loaded with two outs. Then the magic happened. Starting with the top of the order, each player in the batting order hit a single, back to back to back. With each hit, the energy became more and more palpable. We got to the 9th batter, rookie junior, Athalia Tan. With a count of 1-2, Athalia hit a solid grounder that knocked in two runs and won the game! Congratulations to Athalia and all of the Rockets for a hard-fought win.
Posted by Zoe Siswick on Friday, April 1, 2016 at 2:06 pm
After a heartbreaking, one-run loss in their debut, the Rockets mounted a late-game surge to solidly defeat Bodine in their second game of the season. SLA knocked in four runs in the first inning and launched to a 5-2 lead going into the third inning. Unfortunately, Bodine tied the game 7-7 heading into the fourth. Jumpstarted by SLA@B junior, Gianna Flego's triple in the 4th, SLA once again pulled ahead before a rough defensive stance in the 5th. The Rockets pulled together as a team and held Bodine to no runs in the last two innings and scored 10 to finish with a comfortable 22-14 win. Sophomore pitcher, Tia Roberts, pitched a full game, with 5 strikeouts. Five Rockets, including freshman, Ashley Delacruz, hit for extra bases. The Rockets take on Central on Tuesday.
Posted by Zoe Siswick on Wednesday, October 28, 2015 at 12:14 pm
Congratulations to the girls soccer team who defeated Olney 3-1 to advance to the quarterfinal round of the playoffs. Senior, Hannah Nicoletti, knocked in the first goal after the goalie bobbled her shot, making the score 1-0 at the half. Second half goals came from sophomore, Emma Schwingel-Sauer and senior defender, Bella Beato. The Rockets take on a tough opponent, Franklin Towne Charter School on Thursday at 5pm at Northeast HS.
Posted by Zoe Siswick on Wednesday, October 29, 2014 at 9:00 am
The girls soccer team pulled out a nail biting overtime win over Prep Charter to win the Public League AA Championship on Monday. The game was tied 0-0 after regulation, despite dominating play by the Rockets. The two teams battled through two 15-minute overtime periods and the score was still tied.
After the first round of penalty kicks, with goals by Aateeyah Sharrieff, Alyssa Winner and Hannah Nicoletti, the score was tied 3-3 and the two teams went into a round of sudden death penalty kicks. Jackie Middleswarth scored on her kick, which was matched by a Prep Charter. Goalkeeper, Imani Holness, knocked the next goal in, followed by a missed Prep Charter goal for 5-4 win. The Rockets take on Archbishop Wood at 5pm Wednesday at the Northeast Supersite for the District 12 Championships.
Posted by Zoe Siswick on Wednesday, October 15, 2014 at 9:49 pm
The girls soccer team took home a 6-0 shutout win versus Furness on Wednesday. Captains, Alyssa Winner and Aateeyah Sharrieff, each had a pair of goals, while Emma Schwingel-Sauer and Hannah Nicoletti knocked in the other two scores. Co-captain, Imani Holness, and defenders, Jackie Middleswarth, Zoe Schwingel-Saur, Hanna Dunakin and Saraa Fadl fought hard to keep Furness out of their end of the field for much of the game. The Rockets advance to round two of the playoffs on Monday where they will play Northeast, who defeated them in a tough battle earlier in the season.
Posted by Zoe Siswick on Monday, September 29, 2014 at 7:42 pm
The Rockets had a commanding 10-0 win versus division rivals, George Washington, on Monday. Captain Alyssa Winner scored her third hat trick of the season, with Co-Captain, Aateeyah Sharrieff chipping in with two goals and three big assists. Freshman, Emma Schwingel-Sauer also had two goals. Other scores came from a penalty kick by Nikki Adeli, a beautiful long shot from Hannah Nicoletti and defender, Zoe Schwingel-Sauer's, first career goal--on her birthday! Goalkeeper and co-captain, Imani Holness, had her second shutout of the season.
The team is now 3-3 and preparing for a tough game versus Northeast on Wednesday. Go Rockets! 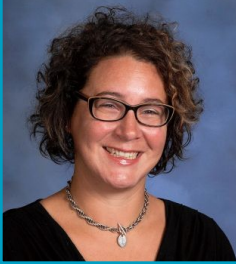