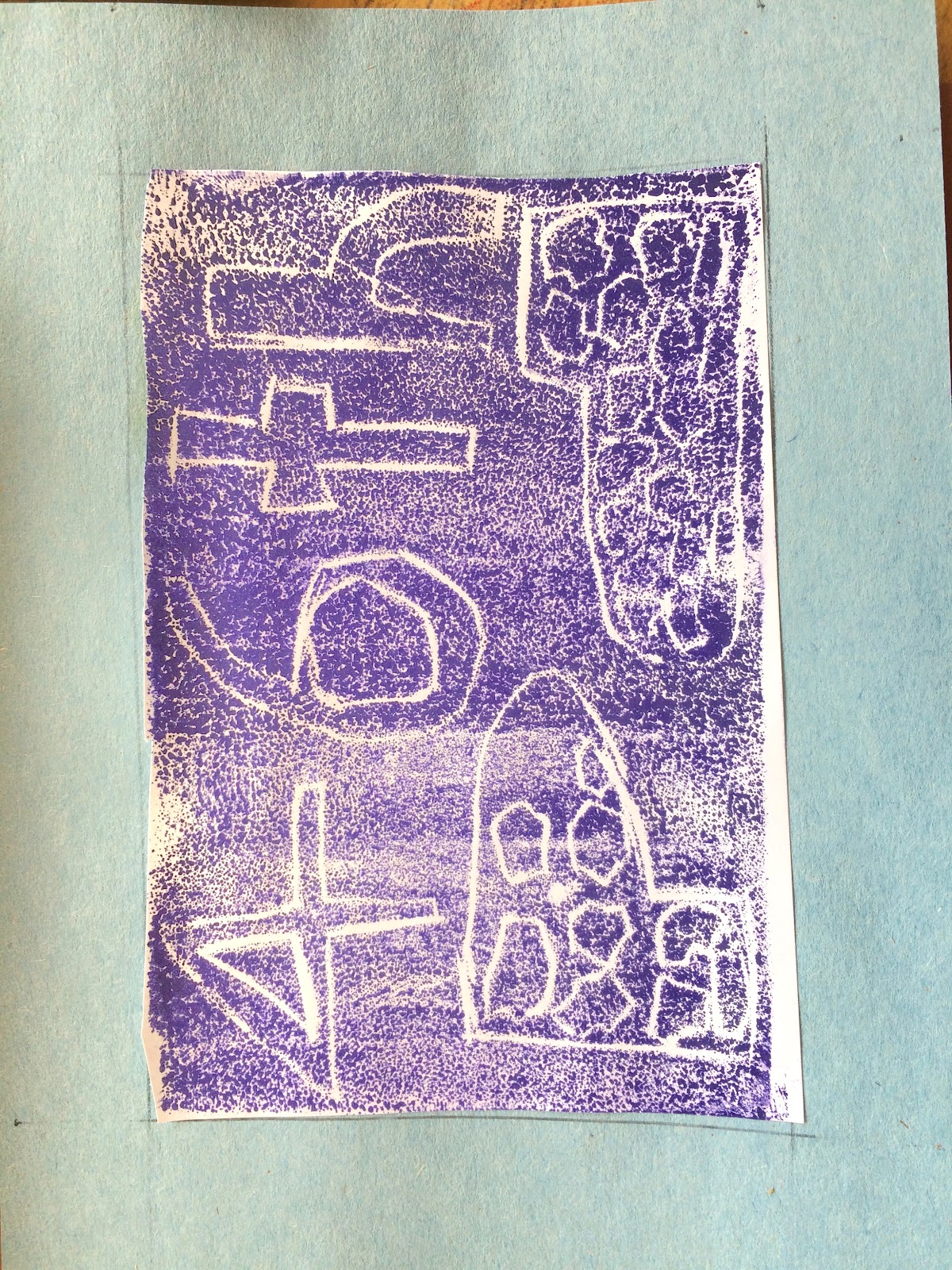 My element is Palladium which is referred to as Pd on the periodic table and its atomic number is 46. My element was founded by William Hyde Wollaston in 1803 after melting platinum with acids and found little pieces of palladium. Uses for palladium today include catalytic converters for cars, jewelry, and dentistry tools. One fun fact is that palladium was used for cold fusion research. Well I made the 46th as it was so I had more room for the Pd as I made Pd look like it had pieces of palladium like when Wollaston first discovered palladium. First I drew the template into a 4 x 6” square. Then I drew the image on a small piece of paper that was see through. Then I flipped the traced picture onto a piece of foam then pressed the lines of the drawing so that those parts would be my negative space you could say. Then I took a roller with some paint on it and I tried my best to make 6 good prints. If their was anything I would do differently would be when making the prints I took some paint off the roller as some of my images I could barely see the lines. I would say trying to make the prints with the roller as it was enjoyable to try and was hard to get right.