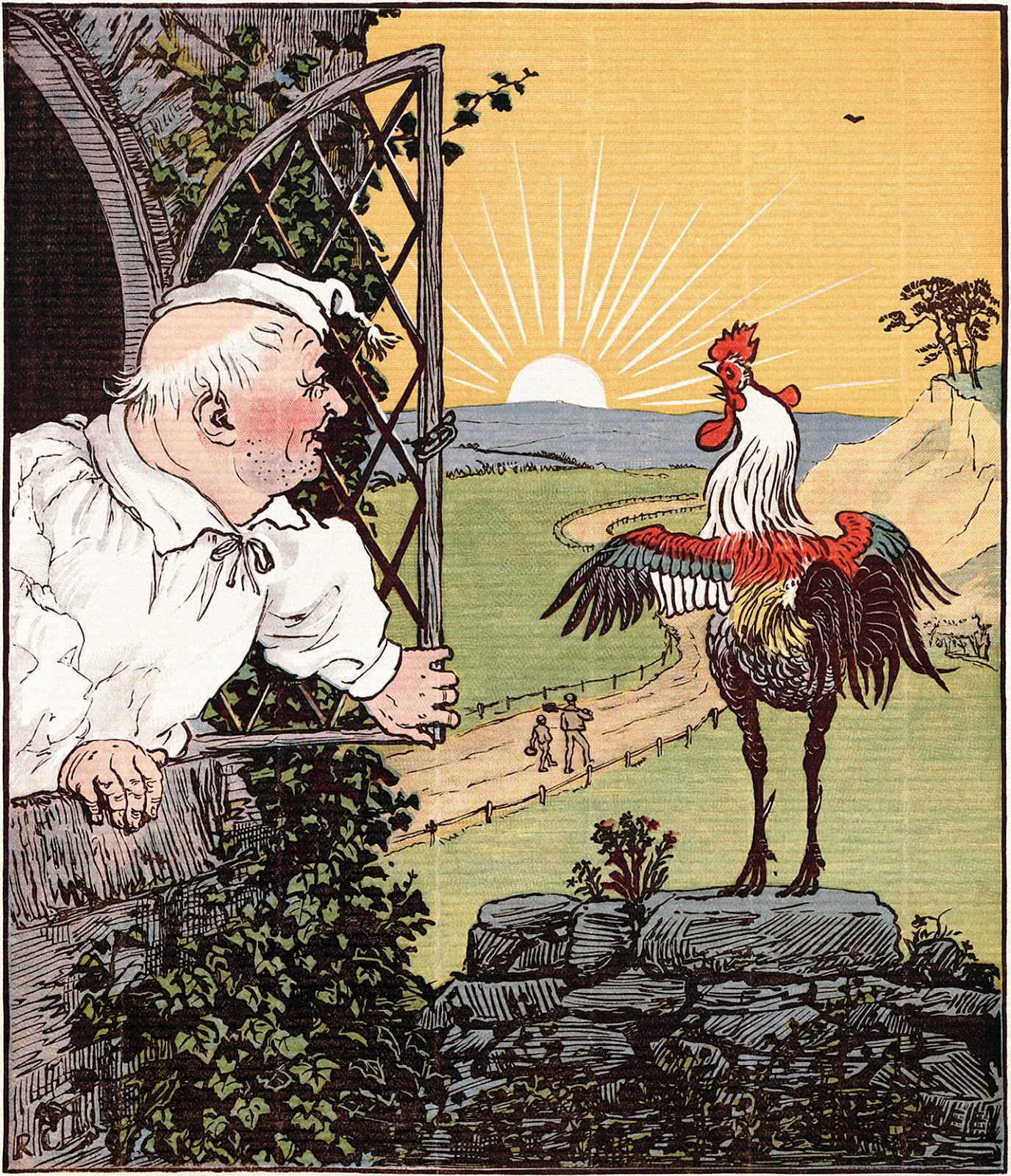 I found this image from google leading me to a wikipedia site: url to page

I think the painting is about an old man waking up to a rooster on the wall and sees his son and grandson in the distance. I noticed the maker made it look like it’s sunrise instead of the blue sky and yellow sun high in the sky. What if the rooster is the old man’s wife as the old man as his cheeks are red. I noticed there's a cliff side to the right with a tree on the edge. What if the  two people in the background are going to that cliff and passes by the old man’s house everyday